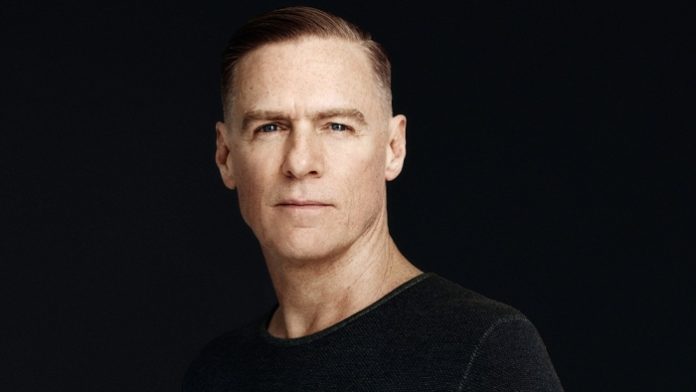 Bryan Adams is behind many timeless hits like “Please Forgive Me”, “Heaven”, “I Do It for You”, and “Summer of ‘69”. With 13 albums, numerous chart-breaking singles, and sold-out tours, Adams is without a doubt one of greats in rock music.

Aside from his work behind a microphone, Adams is also an accomplished photographer and a tireless philanthropist. His vocal and photographic talents, not to mention his work in songwriting, earned him a good number of awards and nominations.

Before we check out the latest regarding Adams, let’s first take a look behind his journey towards success.

Bryan Guy Adams was born on on November 05, 1959, in Ontario, Canada. He spent most of his childhood traveling to different countries thanks to his father’s work as a diplomat. His love for music emerged at the onset of his adolescence and Adams learned how to play the guitar and drums. His globetrotting life ended in 1973 when his parents divorced, and Adams settled with his mother in Vancouver.  During high school Adams auditioned for rock bands as a guitarist but it was his voice that got him accepted. 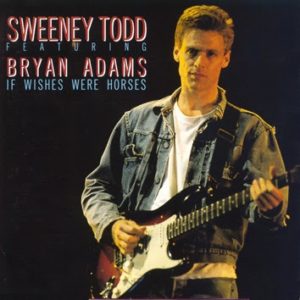 In 1976 Adams became the lead vocalist of glam rock band Sweeney Todd, and they released an album titled If Wishes Were Horses. Adams left the band a year later to pursue songwriting. He met former Prism songwriter and drummer Jim Vallance who had left the band to become a full-time songwriter as well. Vallance  heard about Adams prior to their meeting as the latter already gained attention due to his time with Sweeney Todd. The two struck a partnership where they wrote songs and Adams brought them to life with his vocals. They sent out these tapes to different record labels, and eventually they were noticed by A&M Records and were offered a contract as songwriters.

Adams scoured for a different record label for a separate contract but A&M secured him into their fold as an artist. As his partnership with Vallance produced singles such as “Let Me Take You Dancing” and “Remember”, Adams also worked on his eponymous debut album which was released in 1980. He promoted the album by embarking on a tour throughout Canadian colleges and clubs. Bryan Adams only found minimal success especially in the United States but it did help rouse public curiosity towards Adams.

Adams released his second album in 1981 titled You Want It, You Got It. He worked on it in New York City and, upon its release, Adams found himself touring North America and making performances in noontime radio shows. 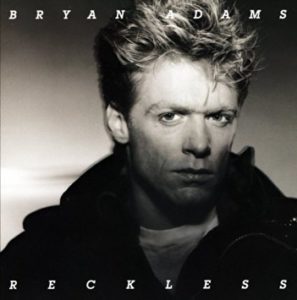 His 1983 album Cuts Like a Knife was what propelled Adams to mainstream recognition with hits like “Cuts Like a Knife”, “This Time”, and “Straight From the Heart”. Critics praised the album for being better than its predecessors, sat at #8 on the Billboard charts, and it sold more than two million copies around the globe. The following 1984 album Reckless was even more successful with numerous accolades from different greatest album lists, singles that ranked high on the charts, and over 7 million sales worldwide. Due to these two explosively-successful albums, the expectations for Adams’ next release was high. Unfortunately he failed to meet those expectations with 1987’s Into the Fire as it gathered negative reviews and only sold two million copies.

Adams made a comeback in 1991 with Waking Up the Neighbors. One of its singles “(Everything I Do) I Do it for You” sat at the peak of charts in more than a dozen countries, and on the  British charts it stayed at the top spot for a whopping 16 straight weeks. The rest of the 90s saw two more studio albums from Adams namely 18 til I Die (1996) and On a Day Like Today (1998) and both enjoyed moderate commercial success.

The new millennium only saw four albums from Adams with Room Service (2004), 11 (2008), Tracks of My Years (2014), and Get Up (2015). He also had a two soundtrack albums, a live album, and one compilation. The first three studio albums were all met with lukewarm critical reception, and their sales did not match the staggering numbers of Adams’ earlier releases. Get Up however got favorable reviews.

Aside from musical instruments Adams also skillfully wields a camera and has taken award-winning shots. His works were published in different magazines and he was also hired by prominent companies such as clothing retailer Guess and Hugo Boss for their advertising campaigns.

Adams held numerous photographic exhibits throughout the 2000s. He also collaborated with Flare Mgazine for a photography book in 1999 titled Made in Canada, and in 2005 with Calvin Klein for the book American Women. He published his own photography books in 2012 titled Exposed and Wounded: The Legacy of War the following year.

Adams’ philanthropic endeavors mostly involve being part of benefit concerts that raised funds for various causes such as The Prince’s Trust, Amnesty International, the Qatar Foundation, and many others. He also has projects in the countries devastated by the tsunami in 2004 like Thailand and Sri Lanka wherein Adams financed the reconstruction of schools.
In 2006 Adams founded the Bryan Adams Foundation which focuses on supporting projects around the globe that help improve lives. Adams is also a staunch supporter of animal rights and has even become vegan way back in 1989.

Let’s see what Bryan Adams is up to now this year.

Adams is currently on his “Get Up Tour” with several appearances throughout Canada in November. In January next year he will be spending most of his time around Southeast Asia, and in February he will be all around Europe.

The Bryan Adams Foundation supported several projects this year with grants. Among these programs include the WaterAid mission in Madagascar, the Thomas’s Schools Foundation, Save the Children in Egypt, and Chelsea Children’s Hospital. Last June the foundation held an event at the Royal Hospital Chelsea named “Opera and Picnic”. Proceeds derived from the event were split into three charities around Chelsea.

During his show at Canterbury, Kent, Adams passed a basket around the audience to help raise funds for the surgery of Kelly Turner who suffered from an aggressive tumor. The basket was filled with cash amounting to $12 thousand. Turner was also in the concert and Adams dedicated a song to her.

Last April Adams canceled a scheduled show in Biloxi, Mississippi. This was done in protest to the House Bill 1523 which discriminated members of the LGBT community. Adams did state that he looks forward to performing there in the future once things have been sorted out.

For his veganism Adams was included in the annual “Sexiest Vegans and Vegetarians” list of People for the Ethical  Treatment of Animals (PETA) last July, joining other celebrities like Paul McCartney, Shania Twain, and Liam Hemsworth.

From June 18 to September 25 Adams held the photography exhibit Exposed at the Swedish Museum of Photography, or Fotografiska. Last August he released another photography book titled Bryan Adams: Untitled, containing black and white photographs taken by Adams during his visit at the Grenadine Islands in 2015.

Adams and Vallance were set to work on the score for the upcoming musical adaptation of 1990 romcom Pretty Woman. It is still currently under production and it is said that the death of director Garry Marshall will not delay the musical.

Stay updated with Adams by following his Facebook (bryanadamsofficial), Instagram and Twitter accounts (@bryanadams). You can also visit his official website at www.bryanadams.com for the latest news, tour schedules, and merchandise. If you want to share your blessings you can visit www.thebryanadamsfoundation.com to make a donation for the foundation’s projects all around the globe.