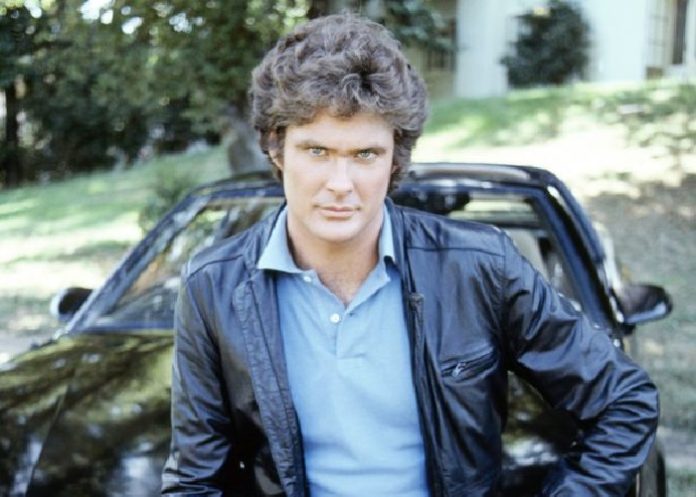 There have been many great double acts in American History, from Abbott and Costello to Laurel and Hardy, but in the eighties there came along an entirely different kind of partnership. It was cool, it was futuristic and it was completely different from anything that came before it. David Hasselhoff was one half of the team and his partner was a car, but it was one of the most popular double acts on television during the period, and it launched him into a long career that has been eventful, significant and at times traumatic. But what was so magical about the relationship between The Hoff and his unusual partner, and where is David Hasselhoff today in 2016?

David Michael Hasselhoff was born in Baltimore, Maryland on July 17th 1952. His father, Joseph was a business executive and his mother Dolores was a home-maker. David’s family moved to Jacksonville, Florida soon after he was born and young David soon showed a great interest in following a theatrical career. He made his début on the stage aged just seven, when he played the lead role of Peter Pan in a school play. David was picked for the role due to his confidence and ability even at that young age, to absorb himself in his role, and it was soon after that first performance that he began dreaming of a career on Broadway.

During David’s high school years his family moved several times, firstly to Atlanta, Georgia, and later to La Grange, Illinois, mainly due to his father’s career. David attended Lyons Township High School in La Grange and followed several other avenues of interest while he was there. He was a member of the school speech team, the president of the choir, and of course he performed in several more plays. David also spent time as the captain of the school Volleyball team, a sport he excelled in effortlessly, partly because of his lofty six feet four inch height. Upon leaving high school David studied at Oakland University, where he attained a degree in theater from the California Institute of the Arts.

In 1975, after a few years during which he had gained some valuable acting experience in advertisements and a few non-speaking minor roles, he eventually landed the part of Dr Snapper Foster in the long-running soap opera ‘The Young and the Restless’ and eventually he stayed with the show until 1982, when many of the original characters were written out. During his time with ‘The Young and the Restless’ David had become a recognizable face on TV and he was awarded the part of Simon in the 1978 Science fiction adventure film ‘Starcrash’, alongside Christopher Plummer, as well as several guest appearances on shows such as ‘Diff’rent strokes’ and the soap opera ‘Santa Barbara’.

In 1982 David was approached by the President of the NBC network to play to lead role in a brand new Science-fiction TV series, Knight Rider. David’s co-star in the show was a 1982 Pontiac Trans Am that was known as KITT, an acronym for Knight Industries Two Thousand, and KITT was a car of the future. In the early eighties video recorders were still a fairly recent invention, and personal computers were a few years in the future, so an artificially intelligent car that could talk, drive itself and be part of a crime-fighting double act soon caught the imagination of viewers around the World.

Part of the magic of Knight Rider was that it appealed to a wide range of people. Older viewers enjoyed the high-tech science-fiction of KITT’s history and development, and the show maintained a family friendly image due to the scarcity of violence, just like that other 1980’s classic show, The A-Team, virtually no-one died in Knight Rider. The show ran for just four years, yet the impact of the show on the popular culture of the time was immense. David’s character Michael Knight and KITT appeared in cameo roles in other programs, as well as several advertisements, and merchandising of Knight Rider products was hugely profitable.

David’s star appeal diminished after Knight Rider was cancelled, and he launched a music career. At home he failed to achieve the same sort of success that he had enjoyed from his TV work, but in certain parts of Europe he was a highly celebrated artist. Germany and Austria in particular seemed to have a special kind of attraction to The Hoff, and his influence in those countries is far greater than he ever achieved in America. His second album ‘Looking for Freedom’ was released in June 1989 and the title track ultimately became his biggest hit, eventually achieving number one in Germany, Austria and Switzerland. The album became the best selling album in Germany and David was the best selling artist of the year in the country. His appeal was so great that he was invited to perform the song at the Berlin Wall shortly after Germany was reunified in 1989. Huge crowds sang along as he performed in a bucket crane and the performance solidified David’s special place in German culture.

David returned to TV screens in 1989 with ‘Baywatch’, a drama series focusing on a group of Los Angeles County Lifeguards. The show was cancelled due to mediocre viewing figures after just one season, but David believed the show had great potential and he was prepared to fund the shows return. David’s instinct for a winning formula proved to be the best decision he could have made. Baywatch’s second run was far more successful, it eventually ran for eleven years and became one of the most popular shows Worldwide during the period. The Global audience peaked at almost 1 billion viewers in over one hundred and forty countries, and David’s investment in the shows return, along with royalty rights that he had negotiated, helped swell his personal fortune to more than $100 million.

During the decade that Baywatch was the most popular show on TV, David’s popularity grew. In 1996 he was awarded a star in the Hollywood walk of fame and in 2000 he finally achieved his boyhood dream, making his debut on Broadway in the lead role of ‘Jekyll & Hyde’. Baywatch ended in 2001, but as with Knight Rider, it continues to enjoy re-runs across the World and remains a cult classic to this day.

In 2004 David played a guest role in ‘The SpongeBob SquarePants Movie’, and in the same year he also appeared briefly in ‘DodgeBall: A True Underdog Story’. In 2006 he appeared in the Adam Sandler movie ‘Click’ and also made guest appearances on Steve-O’s stunt show ‘Wildboyz’ and Jamie Kennedy’s ‘Kickin’ it Old School’. His comedic streak was never too far away during these cameo roles, in Dodgeball he appeared as the highly strung dodgeball coach for the German National team, and berated his players in fluent German. In 2006 he also parodied his character from Knight Rider in the video for his single ‘Jump in my Car’. 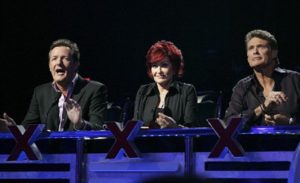 In 2006 David made a successful move to reality television, as a co-judge on the hugely popular ‘America’s Got Talent’. He eventually remained in that role for four seasons on the show, judging alongside Sharon Osborne and Piers Morgan, but he was replaced by Howie Mandel in season five.

In 2007 a video appeared on the internet that showed David at home, apparently completely incapacitated by alcohol. The video was filmed by his daughter Taylor Ann, who could be heard beseeching David to stop drinking, the press began speculating as to the extent of David’s problem with alcohol, and rather than trying to cover it up, The Hoff was his usual direct self. He admitted that he had authorized the release of the film, and described himself as ‘A recovering alcoholic’. David’s honesty and ability to open up about his problems endeared him to his fans even more, and he turned what could have been a public relations disaster into a victory of sorts, at the least the incident was enough to make him deal with his alcohol addiction. 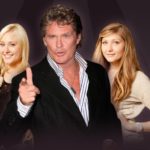 In 2010 David and his daughters, Taylor-Ann and Hayley starred in their own reality show ‘The Hasselhoff’s’, but it was cancelled after only two episodes due to poor viewing figures. Unsurprisingly the show was far better received in Europe, and the full series was aired in the UK, Germany, Austria and France.

David Hasselhoff has always had the ability to not take himself too seriously, and it is that characteristic that has kept him in the spotlight after the hit shows he appeared in are long gone. His popularity across Europe has never wavered, particularly in Germany and Austria, but also in Belgium, France, Spain and Italy, where he remains a much respected artist, largely due to his musical output. Back home in The United States, his career has perhaps peaked after the incredible success of Baywatch, but the work keeps on coming in for David, and his schedule in 2016 is as busy as ever.

David’s tongue-in-cheek attitude towards his personality has also allowed him to take roles that some actors would veer away from, but they are perfectly suited to The Hoff. He has appeared in a number of television movies on the Syfy channel, including ‘Kung Fury’, a comedy kung-fu film, and the bizarre Sharknado series, that despite its unusual premise, has become somewhat of a cult classic amongst science-fiction fans. In 2015 he also appeared in ‘Ted 2’ alongside Mark Wahlberg and has also played the part of ‘DJ’ in the hugely popular video game ‘Call of Duty: Infinite Warfare’.

David has been married twice, and has two daughters from his second marriage to actress Pamela Bach, but even though he is now aged 64, he still hasn’t lost the ability to charm the ladies. In 2016 he announced his engagement to a Welsh actress, Hayley Roberts, who is aged 36. The couple plan to marry in Italy sometime early next year.