What Happened to Jewel- News & Updates 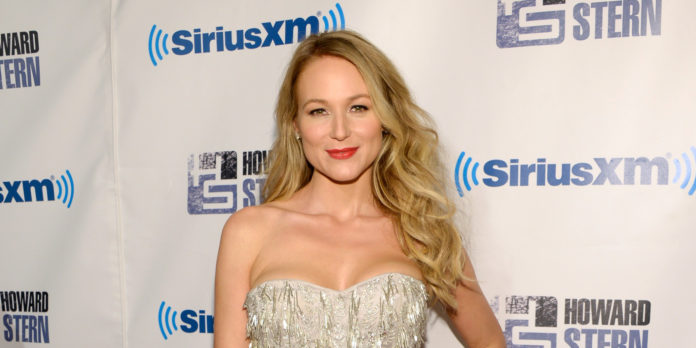 Jewel made her entrance into the industry as a singer with her immensely successful debut album, Pieces of You. A talented performer ever since her youth; Jewel not only sang often with her father as a young girl but she also later took up guitar, an instrument which she has since mastered. After performing numerous gigs, including several with the American rock band The Rugburns, her talents were noticed by the music manager of a local singing group; he eventually invited an acquaintance from Atlantic Records to one of Jewel’s shows at a cafe which she was performing in that night. Soon after that, the aspiring music artist found herself signing a recording deal with the recording label; she later released her debut album, Pieces of You in the Spring of 1995ーone that would prove to be a major hit.

After successfully kicking off her career in the 1990’s, Jewel went on to release nine full-length albums and twenty eight singles, many of which have claimed their rightful spots on the music charts. Known for playing a Taylor 912-C guitar, the artist has been recognized with countless industry awards over the years. A short while after entering the music scene with her debut album, Jewel received a American Music Award for “Favourite New Artist” and since then, her collection has only been growing larger. To date, she has also won two Billboard Magazine Awards, a MTV Video Music Award, a Governor’s Award, a Blockbuster Music Award and a Radio Music Award; not to mention she’s also a four time Grammy Award nominee. As of 2008, Jewel has sold well over 30,000,000 records across the globe.

Besides her involvement with the music scene, Jewel has also made a handful of appearances on televisionーnot as a singer, but as an actress. She stood behind the cameras for the first time at the age of twenty five, when she played a small cameo in the 1999 film, Ride with the Devil. Some of her other onscreen credits include that for The Lyon’s Den (2003), The Young and the Restless (2006), Men in Trees (2006), Ring of Fire (2013) and Axe Cop (2015). However acting isn’t the only thing that Jewel has dabbled inーin fact, the singer is also a writer; she authored her original book, A Night Without Armor back in 1998 and has since written two more in 2000 and 2015.

But what has the four time Grammy Award-nominee been up to for the past couple of years? What new endeavours have she taken on, if any? What happened to Jewel? Where is she now in 2018? 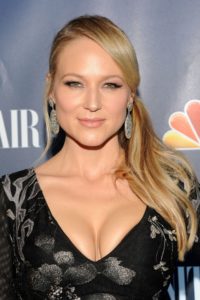 Born on May 23, 1974, in Payson, Utah, Jewel Kilcher is the daughter of Attila Kuno and Lenedra Carroll; she has three siblings, two brothers and a sister. As a young girl, Jewel spent the majority of her childhood living with her father, whom she had always been close to, in a simple outhouse in the Alaskan wilderness. From time to time, she accompanied him to local taverns and bars where the two sang and performed together for extra money; Jewel ultimately picked up how to yodel from those experiences. Although her parent was part of the Mormon faith, they were never regular attendees of the church.

Bearing a love for music into her teens, she eventually learnt how to play the guitar while she was an operatic voice student at the Interlochen Arts Academy located in Michigan. By the time she was sixteen, Jewel had began to write her own songs, with the help of her guitar, which she’d already mastered years prior. While she was enrolled in classes at the academy during the day, she was known to have sang occasionally at a local coffee house in Transverse City. It wasn’t long until Jewel began to travel across the country while living in her car, performing various gigs in different cities; it was during that period, that she met Inga Vainshtein, the manager of a local band. Wanting to help launch the aspiring artist’s career, Vainshtein arranged for a meeting between Jewel and a representative from Atlantic Recordsーone that ultimately ended with the former leaving with a recording contract in hand. He would later go on to assume the role of the singer’s manager. 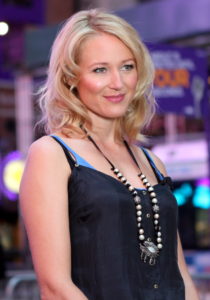 In February of 1995, Jewel released his first professional album entitled, Pieces of You at the age of twenty one. Recorded at a studio ranch, the album included many eventual hits such as Who Will Save Your Soul, Foolish Games and You Were Meant For Me, two of which later went on to claim the number one spots in the US Charts. Despite a lukewarm reception upon its release, the album soon gained traction and became one of the most popular records at the time. A few weeks after its debut, Pieces of You peaked at number four on the Billboard 200, the US Heatseekers and the Top Catalogue Albums Charts; it was also met with success in New Zealand, Canada and Norway where it peaked at number one, number two and number five respectively. As of January 2006, it has sold over 8.5 million copies, garnering it 12x Platinum Certification from the RIAA.

Rising in fame during the late 90’s, the artist released her second studio album, Spirit in November 1998ーthree years after her first. Produced by Patrick Leonard and Peter Collins, the album entered the US Billboard 200 at number three and soon sold an excess of 365,000 copies during the first week of release. Praised for its “unobtrusive keyboards and gentle guitar sounds”, Spirit received generally favourable reviews upon its release. The holder of a B- rating from Entertainment Weekly, the album featured thirteen songs, one of which was a hidden track (e.g. This Little Bird). Spirit later spawned four singles including Down So Long, hands, Jupiter and Life Uncommon. Having achieved over 3.7 million sales since it was first made available, it is Jewel’s second album in a row to receive Multi-Platinum Certification in the US. 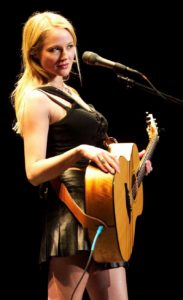 Having flawlessly cemented her place in the industry as an artist, she released her third album, This Way in November 2001. Designed to be a “live-sounding and raw” album, it debuted at number nine on the US billboard 200 shortly after its release and sold close to 140,000 copies during the initial week. Produced in part by Jewel herself, the disc contained fifteen tracks, three of which were “bonus” pieces tagged along at the end. Cited to be “the best record which she has put out to date”, This Way was given many positive reviews upon critics; it later received a four star rating from Allmusic. A couple weeks after its release, it peaked at number nine on the US Top Album Sales Chart and at number five on the Top Internet Albums Chart; it also settled amongst the top ten in the Philippines and Australia. This Way has since received Platinum certification in the US for having sold over one million units.

Jewel’s next album was released two years afterwards, in June of 2003. Uniquely named, 0304, the artist later shared that it was her intention to create a “lyric-driven” record, that combines elements of folk, dance and urban music. Having teamed up with Lester Mendez for the album’s production, 0304 is noted for being a rather radical departure from her usual folk-oriented tunes. Hailed for its “stunning dance-pop vocals”, the album received many positive reviews from mainstream critics after its release. The highest-debuting full-length album of the artist’s music career, it entered the US Billboard 200 Chart at number 2, and saw an impressive 144,000 sales in the initial week. Charting in over a dozen different international charts, 0304 later led to the release of three singlesー2 Become 1, Stand and Intuition. Quickly selling over 771,000 units as of 2010, the album was the singer’s fourth in a row to receive RIAA accreditation.

After the sellout that was 0304, it wasn’t until three years later that Jewel released her sixth studio album, Goodbye Alice in Wonderland in May 2006. Written in a style similar to that of a novel, each featured track served as a “chapter” of the autobiographical album. Although it did not see the same level of success compared to her earlier album, Goodbye Alice in Wonderland still managed to enter the Billboard 200 at number eight, selling close to 82,000 units during the first week. The artist’s fifth top ten album in the US, it also later ended up peaking at number four on the Top Rock Albums Country. Her last record with Atlantic Records, whom she’d been with since her debut in the 90’s, Goodbye Alice in Wonderland was also her first not to achieve RIAA certification in the United States.

In June 2008, Jewel released her latest album, Perfectly Clear under Valory Records, a subsidiary of Big Machine Records. Consisting of a mix of new and old fan-favourites, the album made its debut at the eighth position on the Billboard 200, selling 48,000 copies during its initial weekーmaking it the artist’s lowest performing album to date. However despite the lack of sales, Perfectly Clear received many favourable reviews from critics and currently holds a four and a half star rating from About.com. 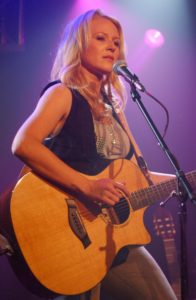 After a recent break from the limelight, Jewel has caught our attention once again with the announcement that she will be joining the latest season of the reality series, Alaska: The Last Frontier, which will be returning on the Discovery Channel on October 16, 2016. According to a statement by the singer herself, the show will not only feature her, but her familyー her father, brother, cousin and uncle as well. Returning to her hometown of Homer, Alaska for the filming, it will be Jewel’s first ever appearance on the now five-season-long TV show.

In funnier news, earlier this September, the singer was seen strumming away on her guitar while singing a parody of her song, on the stage of the Comedy Central Roast of Rob Lowe; the song which she had performed ending up poking fun at none other than Rob Lowe himself. In a later interview, Jewel admitted that she did in fact, have quite a dark sense of humourーhowever judging from everyone’s reactions from the event, the comedic stunt seemed to be quite a welcome surprise. If you’re wondering how Lowe and Jewel are faring off after the former was dissed in song, don’t worryー they are still on good terms. In fact, Lowe was actually very impressed with the singer’s performance.

If you’re like to stay up to date with the goings around the award-winning singer, be sure to visit her on social mediaーyou find her active on both her Twitter (@jeweljk) and Instagram (@jewel) accounts. Don’t forget to also check out her official Facebook page and website (jeweljk) for some of the latest news on the celebrity star!