What Happened to Vivica A. Fox- News & Updates 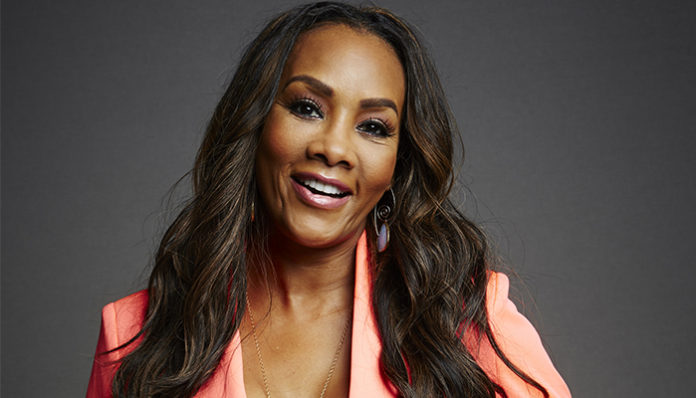 Vivica A. Fox is an American actress who began her career on television in the 1988 soap opera, Days of Our Lives. Although acting wasn’t something that had always been on her mind growing up, Fox had always been fascinated with celebrities and modelling as a young girl. While she looked up to stars such as Diana Ross and Michael Jackson, it wasn’t until she attended a Diana Ross concert one day that she realized performing was something that she wanted to pursue in her life. Moving to Los Angeles after graduating high school in order to chase her dreams, Fox was eventually scouted by producer Trevor Walton on the streets, who went on to help her to land a commercial gig on television. Shortly afterwards, she made her official debut on the small screen in the popular daytime series, Days of Our Lives at the age of twenty four.

From there, Fox was offered a series of supporting roles in China Beach (1988), Who’s the Boss? (1989), Born on the Fourth of July (1989), and Generations (1990), to name a few. Her eventual breakthrough came when she was cast in the 1996 feature film, Independence Day opposite of Will Smith; she later landed another major role in the comedy drama, Soul Food in 1997. Since then, Fox has become one of the most well-recognized figures in the acting world, having starred in well over a hundred productionsーboth on television and film. For her achievements and contributions, she has been presented with a number of awards, including an Acapulco Black film Festival Award, a CinemaCon Award, an Image Award, a MTV Movie Award, amongst a couple of others. On top of that, Fox is also a two-time BET Award nominee, a three-time Black Reel Award nominee and a six-time Image Award nominee.

While acting is something that she does on a full-time basis, Fox has taken time out to participate in multiple reality series such as Who Wants to Be a Millionaire (2000), The Starlet (2005), Dancing with the Stars (2006), Celebrity Family Feud (2008), Celebrity Name Game (2014) and The Apprentice (2015). In 2012, she was even the host of the TV show Prank My Momーa Lifetime show which features children pulling pranks on their unsuspecting mothers. A frequent celebrity guest on television, Fox has also been invited on to various talk shows over the years such as Jimmy Kimmel Live! (2004), Dr. Phil (2008), The Mo’Nique Show (2010) and The Jeff Probst Show (2012).

But what has the dark skinned beauty been up to since the early 2010’s? What are some of the new projects that she’s working on as an actress? What happened to Vivica A. Fox? Where is she now in 2018? 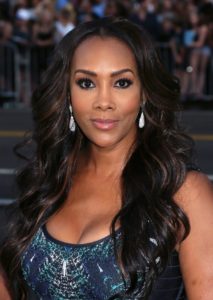 Born on July 30, 1964, in South Bend, Indiana, Vivica Anjanetta Fox is the daughter of William and Everlyena Fox, an administrator at a private school and a pharmaceutical technician; she is of Native American and African American descent. When Fox was three years old, her parents divorcedーcausing her to have been raised up majorly by her mother. Despite the split, she led a fairly happy childhood and especially enjoyed spending time roller skating, an activity which she poured much time into as a kid. In her teen years, Fox went to Arlington High School located in Indianapolis where she was involved with a bunch of extracurricular activities such as cheerleading, track and field, volleyball, choir and basketball. An avid athlete, Fox was a member of the city’s championship-winning basketball teamーsomething which she had always been extremely proud of.

Largely engrossed at sports at the time, Fox never saw herself going down the route of becoming an actress as a teen. Having said that however, she did have a fascination with Hollywood celebrities, in particular with Diana Ross and Michael Jackson. It wasn’t until she went to see the former at a concert held in her city, that she was inspired to become a performer. After graduating from high school in the early 1980’s, Fox relocated to Los Angeles to try to make a name for herself as an actress. Compiling with her mother’s wish of going to school as a back-up plan however, she also enrolled at Golden Coast College where she eventually earned an associate’s degree in social sciences. Although things didn’t go as ideally as she wished it had, Fox was eventually scouted while she was walking on the streets by producer, Trevor Walton. Not long after that, she landed her first gig on televisionーa commercial for Clearasil skin products. Soon afterwards, Fox made her TV series debut in the ABC drama, China Beach. 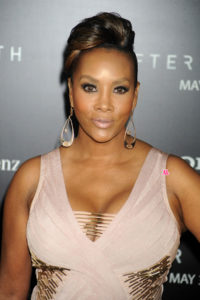 In 1988, Fox received her first recurring role on the American soap opera, Days of Our Lives. One of the longest-running TV shows in the world, it has been airing faithfully every weekday (and still is) since 1965. Created by the famed husband and wife team Betty and Ted Corday, the series revolves around the lives and happenings of those who live in the fictional city, Salem. A huge success since its inception, the daytime soap opera has won hundreds of awards including Daytime Emmy Awards, Directors Guild of America Awards, People’s Choice Awards, PRISM Awards, the list goes on. Although Fox’s part in the show was minor, it served as a stepping stone for the actress who was still trying to make a name for herself at the time.

Putting herself out there on the small screen, Fox was eventually cast as a series regular for the first time in the NBC soap, Generations. The first soap opera to feature an African American family from the start; it told the story of two different Chicago familiesーthe Marshalls and the Whitmores. In the series, the actress portrayed the role of Maya Reubens, the daughter of a brilliant doctor who had been accused of causing a lethal explosion back in the 70’s. Attracting millions of viewers to their screens every week, the soap opera continued for three years, spanning over four hundred episode and two seasons; it eventually concluded in January of 1991.

After playing a series of minor guest character in a number of popular shows such as The Fresh Prince of Bel-Air (1991), Beverley Hills 90210 (1991) and Family Matters (1992), Fox received the big break that she was waiting for when she was given a lead role in the American sitcom, Out All Night. Premiered on the NBC Network in September 1992, the sitcom followed the life of Chelsea Paige, a former singer who decides to open a nightclub in urban Los Angeles; she then hires several individuals to help her with the establishment. While Fox played the role of Charisse Chamberlain, Chelsea’s fashion stylist daughter, other starring members of the cast include Morris Chestnut, Duane Martin and Simon O’Brien. Out All Night soon came to an end in July 1993 after one season.

Slowly graduating onto better roles on prime-time television, Fox found herself playing another series regular in the CBS soap opera, The Young and the Restless. Set in a fictional town known as Genoa City, the series followed two familiesーthe Fosters, a working-class family and the Brooks, a wealthy and well-off family. Since the airing of its pilot in 1973, the long-running soap has garnered a loyal viewer base; in fact, according to Soap Opera Network, it remains to be the most-watched daytime drama series to this date. Starring a huge ensemble of actors, the show saw Fox as Dr. Stephanie Simmons, the colleague of character Victoria Rowell at Genoa City Memorial Hospital. Although The Young and the Restless has been ongoing ever since, Fox departed from the show in 1995 due to schedule conflicts.

While she initially felt discouraged due to her inability of landing more prominent and noteworthy roles as an actress, Fox soon landed a breakthrough role in the science fiction blockbuster, Independence Day. Starring opposite of popular actor Will Smith, the film told the story of how aliens from outer space were going to invade and destroy planet Earth. Considered by many to be a turning point in the history of Hollywood movies, Independence Day was a huge commercial box success, having grossed well over $810 million from a $75 million budget. The highest grossing film of its year, it received nothing but positive reviews for its groundbreaking performance and won a multitude of awards and nominations. In the movie, Fox played the role of Jasmine Durbrow, the girlfriend and eventual wife of protagonist Captain Steven Hiller (played by Will Smith). For her acting, Fox received a MTV Movie Award, a Universie Reader’s Choice Award as well as two other award nominations. One of the best-performing films of all time, it was successful in propelling the talents of the actress into the limelight. 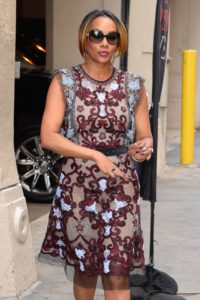 An actress with a busy schedule, Fox has taken part in numerous blockbuster projects this year including an upcoming film titled, Illicit. Still in the post-production stages, the thriller will revolve around a couple, each with their own extra-marital affairs as they’re both seduced into outside situations. Besides Fox who will be playing the role of Linda Steele, other members of the cast include David Ramsey, Shireen Crutchfield, McKinley Freeman, Michele Weaver, Lanett Tachel and Dean Cain.

Another film production that Fox has been working on is the comedy, Garlic & Gunpowder. Coming soon to a theatre near you, the movie will follow two main characters, Archie and Sonny (played by Jeremy Luke and Steven Chase respectively), who happen to be “good-hearted LA gangsters”; after being sent on an errand, they eventually find themselves in a less than ideal situation. According to the acting credits, the actress will be playing the role of Mayor Brown; other starring actors include Lindsay Hartley, William Forsythe, Lauren Compton and Bradley Joseph. Although no official release date has been announced as of yet, it’s probably fair to assume that it won’t be complete prior to the end of 2016, seeing as how it’s still in the pre-production process.

Are you a fan of the actress of Generations and Days of Our Lives fame? If so, why not stay up to date with the star by following her on social media? You can find Vivica A. Fox on multiple platforms including Twitter (MsVivicaFox) as well as Instagram (@msvfox). Don’t forget to also drop by her official Facebook page for some of the latest news!