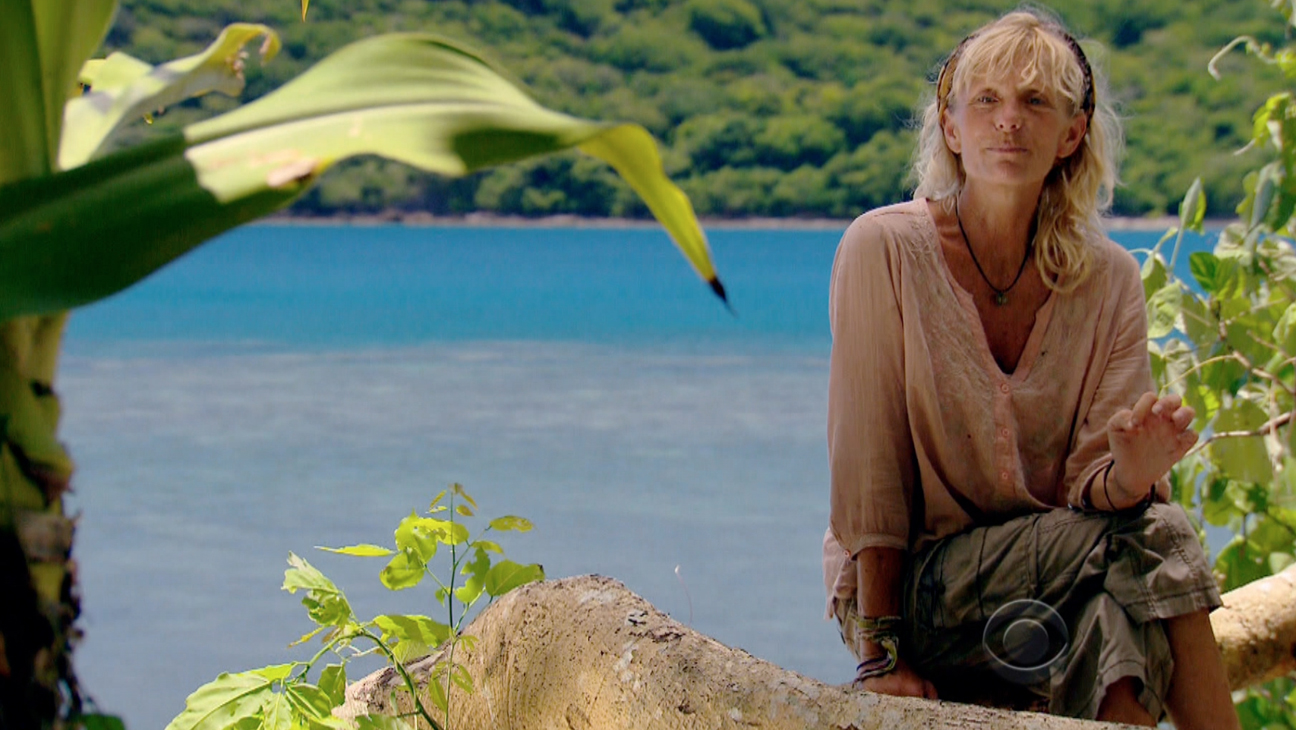 Tina Wesson is best known for having won the second season of the CBS survival reality series, Survivor: The Australian Outback. First premiered in 2000, the show follows a structure in which, sixteen competitors are left to “survive” in a remote location; divided into two teams, the contestants must then work together to face challenges in order to remain in the game, for a chance to win a grand prize of $250,000. Every episode, a tribal council meeting is also held, in which an individual is voted off the competition by their fellow players. As a contestant on the second season, Wesson ultimately came out as the “sole survivor”, after having played under the radar through the seasonーshe would be the first female winner of the Survivor series.

Since her win in Survivor: The Australian Outback, the mother of two has also made a number of other appearances on television, including the Survivor spin-offs, Survivor: All-Stars and Survivor: Blood vs Water. She would return to the survival game two years after her initial win, for the All-Stars edition which took place in 2003. Set in the Pearl Islands of Panama, Wesson would be go off head to head against other Survivor alumni including other former winners such as Richard Hatch, Ethan Zohn, Jenna Morasca, amongst others. However despite her experience in the competition, she would ultimately be the first to be eliminated from the show.

In 2013, Wesson was once again invited back into the competition for the show’s twenty seventh season titled, Survivor: Blood vs Waterーit would be the third consecutive season in which previous contestants would be featured on the show. Set in an island known as Palaui in the Philippines, the season would also feature Redemption Island (a twist first introduced during the twenty third season), in which contestants who have been voted-off have the opportunity to return to the competition by staying in the game to take part in various challenges amongst one another. Wesson was eventually voted off during 38th day, ranking her in fourth place.

Besides having taken part in the Survivor series, Wesson has also appeared on the small screen in a handful of shows including The Late Show with David Letterman, The Rosie O’Donnell Show, Hollywood Squares, Weakest Link, The Early Show and more recently in 2013, Survivor After Show.

But what has the former Survivor champion been up to as of late? What happened to Tina Wesson? Where has she been recently? 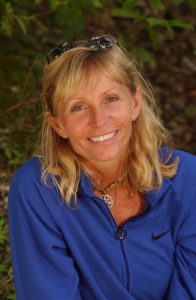 Born on December 26, 1960 in Knoxville, Tennessee, Tina Wesson describes herself to be an adventurous and outgoing women. Growing up, Wesson has always been described as a tomboyーshe loved hiking and would always prefer climbing a mountain to shopping at the local mall. An avid lover of sports, Wesson went to the University of Tennessee as a young adult, where she later earned her Bachelor’s degree in therapeutic recreation. Following her graduation, she has worked many positions, including that of a flight attendant, a swimming instructor, a substitute teacher as well as a community education director.

A dedicated athlete, Wesson loves spending her free time playing sports such as racquetball and paddling; she also enjoys motorcycling and running as her hobbies. One of her proudest accomplishments is having finished the Ireland Marathon, ranked first place in the Tennessee State Racquetball Tournament, and also ranked number one in a mini-triathlon held in her hometown, entirely within the same year. According to her husband Dale, even her diagnosis of rheumatoid arthritis hasn’t been able to stop her from going outdoor to do what she loves!

She is married to her husband, Dale Wesson, a vice president of a construction company. The couple tied the knot back in 1999, following the end of her first marriage. While the pair do not have any children together, Wesson has a daughter named Katie and a son named Taylor Lee from her previous marriage, although the latter later passed away from a car accident in December 2013. Wesson has been working as a private nurse for many years. 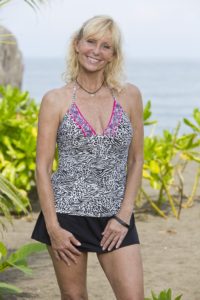 Wesson made her first television appearance when she was cast as one of the sixteen contestants in the reality series, Survivor: The Australian Outback. The second season of the Survivor series, the show followed the format of the original, in which a group of individuals are marooned in a remote island with nothing more than the clothes on their back; after being divided into two groups, the contestants must then “survive” a specified amount of gameplay days by winning challenges and finding essential necessities such as food and water for themselves in the area. Every week, a player is also eliminated from the game at the Tribal Councilーa meeting in which the contestants gather together to vote-off a fellow competitor from the show.

Set in the remote area around the Herbert River at Goshen Station, the second season first aired on television in January 2001. Unlike the first season, Survivor: The Australian Outback saw an extended gameplay period of 42 days, compared to the original 39. Split into two tribes known as the Ogakor and the Kucha, the sixteen contestants would soon face off against one another in a series of challenges for a number of rewards such as elimination immunity. As a member of the Ogakor, Wesson was not seen as a target initially by the rest of the competitors, having seemingly meshed well in with the group. Throughout the season, she would continue to prove to be a strategic player, having been able to successfully convince a number of allies on their votes during the Tribal Council.

Following Michael Skupin’s unfortunate exit from the game following an accidental fall into the campfire, the remaining contestants were asked to merge into one angle tribe. Throughout the next few episodes, Wesson would continue to take control of the game, alongside her allies Famie and Donaldson; the three would eventually stay together in the competition until the finale. Wesson would later emerge to be the winner during the final Tribal Council meeting; as the “Sole Survivor” of the competition, she was later awarded the grand prize of $250,000.

Having attracted over 30 million viewers every week, Survivor: The Australian Outback was the top rated television show in 2001; to this date, it currently still holds the record for having achieved the highest ratings during its run. Well received by audiences, the season has since been ranked by The Wire magazine to be the “3rd greatest season in the series.” 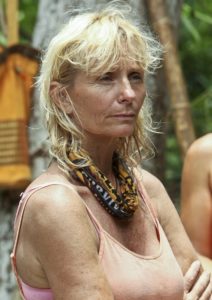 Three years after her triumphant victory in the second season, the Survivor winner was once again invited to articulate in the eight season of the series, Survivor: All-Stars. First premiered in February 2004, the season saw many former castaways as the contestants; it would also be the first time in which 18 players compete against one another (compared to the previous 16) and the first time in which the group is separated into three tribal teams. Survivor: All-Stars would continue for 16 episodes, From February to May 2004.

A member of the Saboga tribe, who had lost immunity during the initial episode, Wesson was an immediate target. Despite her strategic-ness, the former winner would ultimately be voted-off during the first episode over Ethan Zohn, the winner of Survivor: Africa, as others saw Zohn’s strength a necessity in future challenges. Many others had also targeted Wesson for the fact that she was a former winnerーa number of contestants such as Jenna Lewis, were not been too fond with the idea of having a former winner of the show winning again during the season.

In 2013, Wesson returned to Survivor for a third time for the show’s twenty seventh season, Survivor: Blood vs Waterーhowever unlike the previous games, this time she would be playing alongside her daughter, Katie. Initially broadcast in September 2013, this season was unique in that it featured previous Survivor alumni going against their loved ones; it would be the third season in a row to feature returning players. Set in the Palaui Island of Cagayan, Survivor: Blood vs Water had twenty participants and would continue for over thirty nine days. It would also include Redemption Islandーa twist which was first introduced during Survivor: Redemption Island which allowed voted-off players a chance to return to the game; however unique to the season, Survivor: Blood vs Water would also allow contestants to switch places with their loved ones should they wind up in Redemption Island.

The twenty players were separated into two tribesーGalang, which consisted of returning contestants and the Tadhana, which consisted of their loved ones. As a member of the Galang team, Wesson began the game along with a number of previous players; perhaps it would be their expertise and experience, but they would soon lead the challenges, causing the Tadhana tribe to fall behind. Following a few rounds of eliminations, the remaining eleven contestants, including Wesson and her daughter Katie, soon merged into a single tribe. Katie would eventually be voted-off the show during day 32, while Wesson would remain long enough just to miss the final 3ーhaving been voted-off during day 38. 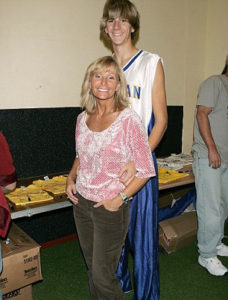 In December 3rd, 2013, tragic struck when Wesson’s 25 year old son, Taylor Lee Collins was killed in a horrific car accident in Tennesseeーjust a few weeks prior to the finale of Survivor: Blood vs Water. According to sources, his vehicle had gone off the roar and had crashed into a wall of a garage; Collins, who had been sitting in the front seat without a seat belt, was ejected from the car upon impact. Although he was rushed immediately to hospital, Collins unfortunately succumbed to his injuries a short time later. At the time, both his mother and sister Katie, had been busy with the show, Survivor: Blood vs Water.

Recently this February, Wesson made headlines when she announced that she did not harbour any bitterness to the man who was convicted in her son’s death. Speaking at the Criminal Court in Hamilton County earlier this year, the mother of two was face to face with the driver, who was responsible for the death of her sonーBraylon Davis, who had been drinking with Collins prior to the tragic accident. Although she’s said that she misses her son dearly, she had decided to forgive the young man, hoping instead that “[he] will take her grace to make better choices in [the] future.”

If you’d like to stay connected with the former Survivor champion, you can do so by following her on social media. You can find her on Twitter (@TinaWesson) and also on her official Survivors Facebook page!