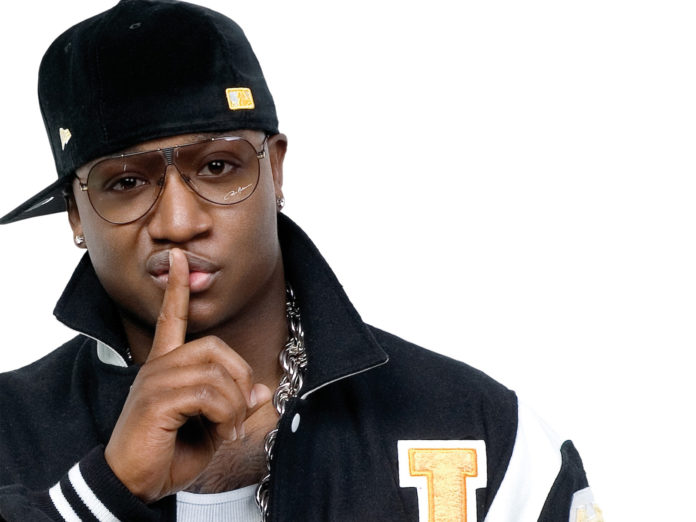 A Hip-Hop star seeming to appear out of nowhere, Yung Joc first hit the airwaves with “It’s Going Down”, which would go on to become a Hip-Hop anthem right before the economic crash of 2008, where just about everything did indeed, go down. But what has Yung Joc been up to since, and where is he in 2017? Here, we take a look at the man, the myth, the hairstylist, Yung Joc.

Born in Atlanta, Georgia and raised in nearby College Park, Yung Joc was born Jasiel Amon Robinson. Yung Joc would gain his foothold in the music industry, of all places, from getting the chance to write a jingle for the cosmetics giant Revlon. This opportunity came from contacts through his father Stanley Tucker, who also happened to own a hair-care product line.

As a result of the success found in writing the jingle, Joc would go to Atlanta, meeting a producer by the name of Nitti Beatz and coming out with the debut album, New Joc City in 2006. On this album would be his biggest hit, “It’s Going Down” which gained popularity due to the distinctive Atlanta verse and beat combination of the time, a mix very similar to Atlanta veteran artists like Lil Jon. This style seemed to have found it’s archetype in this song, as it gained Yung Joc 7 award nominations, including Best Rapper of the Year and a Grammy Award nomination for best Rap Song. After gaining over 500,000 album sales and being certified gold by the RIAA, Sean Combs’s Bad Boy South Records would renew a record deal for the artist, as well as give him several guest spots in Diddy’s album, Making the Band 4.

This success would be followed by Hustlenomic$ , which would prove to not have any breakout hits (despite making it to #3 in the Billboard 200 within the first week of release), though his partnership with David Banner in the single “Get Like Me” would gain him a nomination for best Hip-Hop Video of The Year from the BET Awards. This would prove to be surprising for both critic and fans alike, especially with the guest stars including big names like Snoop Dogg , The Game and Rick Ross filling out the album’s roster.

In 2009, Yung Joc diverted his focus away from music slightly to form Swagg Team Entertainment, a label through Jive Records. This formation was in part due to a lawsuit involving his former record label and Block Entertainment, where the latter parties had allegedly refused to pay royalties to Joc for his performances. This new label would sign acts Hotstylz and the GS Boys, whose hit “Stanky Legg” gained nominal popularity for subsequent years. Joc himself would release a free mixtape titled Grind Flu through the label’s website. This would revitalize Joc’s touring schedule, though again would fail to produce any breakout singles for the rapper.

Trouble would begin to strike Joc’s career shortly after Christmas, 2011 as his recording studio would be robbed for approximately $70,000 worth of equipment and recordings. Among these were some of the singles to be released for his album Mr. Robinson’s Neighborhood, which would never come to full release. Instead, two singles from the would-be album (“Yeah Boy” and “I Know What She Like”) would be released, and a period of silence would fall onto Joc’s career.

This silence would turn deafening as in 2012, the parent company of Swagg Team Entertainment would dissolve, and thus relegate all projects of Joc’s label to RCA Records. This would cause a period of inactivity from Joc until 2014, where he would both release “I Got Bizness” with T-Pain, and also played a supporting role in VH1’s Love and Hip-Hop: Atlanta.

As for 2016, it would appear that Yung Joc has had a mixed bag of events. While releasing a new single for a so far unnamed album (“Wrong Places”) has gained some popularity, what people have been talking about most is the rapper’s new hair style. In particular, Twitter has seen a huge jump in the mention of Yung Joc’s side part as of August, comparing him to Spongebob Squarepants, Apu from the Simpsons, and plenty of other individuals granting him at least transient meme status. As a result of this Yung Joc has lashed out to defend his style choices, but also admitted in an interview to have created some of the memes himself in good humor.

Recently, and with significantly less joking, there has been a recent attempt by Gucci Mane to rile up Yung Joc in the diss track, “F*** the World”, where he claims that Joc went broke after his first big hit. Joc instead let the money speak for itself, stating the fact that as of 2016, his net worth is still over $8 Million.

It will yet to be seen if Yung Joc will release an album before the end of 2016, but what can be said for certain is that his spirit, and bank account, are still going strong.