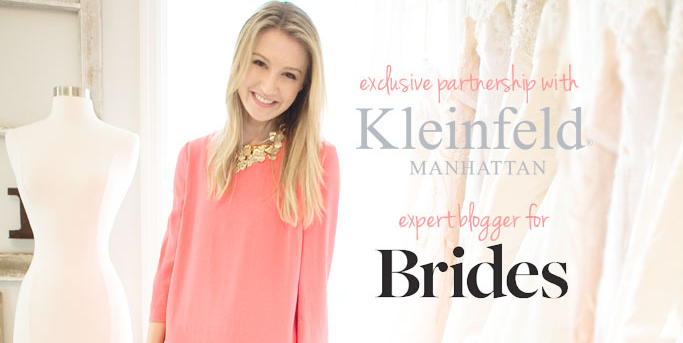 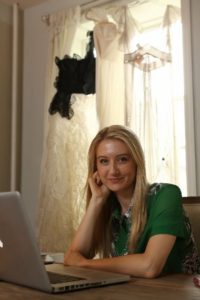 The most important detail to any bride’s wedding is always the dress and entrepreneur Jackie Courtney understands that sometimes it is a real challenge to find the right fit at the right price. It usually takes a lot of time and travel to locate the perfect dress as well. Jackie wanted to find a way to remedy these issues for the soon-to-be brides. Planning a wedding and finding your dress should never be a stressful experience so she decided to create the Nearly Newlywed business.

Nearly Newlywed is a place where former brides can sell their lightly used wedding dresses. This allows upcoming brides to find their dream dress at a fraction of the retail prices. Women who want to sell their dresses submit photos and a description of their dress to the Nearly Newlywed website. Once their submission has been accepted, the dress is up for sale. What makes Nearly Newlywed so different from other discounted dress companies is that they are not a rental service. Once a bride purchases her dress, she can choose to keep it for herself or re-sell it later.

Jackie knows that her business could be a huge success but it’s hard to maintain a business alone. That is why she decided to head over to the Shark Tank to see if she could entice at least one of them to take a bite out of her business.

Courtney enters the Shark Tank seeking a $35k investment in exchange for a 10% stake in Nearly Newlywed. Then she begins to explain how she was a small town girl from Iowa who moved to New York City to be a part of the glitz and glam lifestyle. While in New York she worked as a fashion publicist. She was able to dress up both celebrities and editors but there was something interested she noticed about all of the red carpet events they attended. Most people borrowed their red carpet dresses instead of actually purchasing them. Both this and the stress that came from planning her own wedding fueled her inspiration for Nearly Newlywed.

The Sharks are then shown a screenshot of the Nearly Newlywed website and are shown a few of the new dresses available. One of the dresses in particular retails for about $11k but is being sold for $3.8k on the website. Another key feature of Nearly Newlywed is that brides also have the option to sell the dress back to the business for half of what they bought it for. It isn’t mandatory that they sell the dress back however. They are always more than welcome to keep it if that’s what they want.

Robert Herjavec is the first Shark to have some reservations about the idea. He thought that most brides 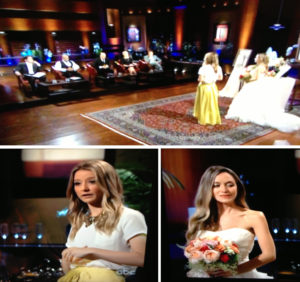 wanted to keep their wedding dresses, but Courtney says that the wedding dress mentality has changed over the years. Brides are allowed to make minor alterations to the dresses they buy and are offered more freedom with it than if they were to rent it from somewhere else.

When Nearly Newlywed launched they only had 30 dresses in stock. Over the past week their inventory has nearly tripled. The dresses on the site are taken from consignment from brides and stylists. They have recently been approached by designers as well, so there are potential partnerships in the works.

Nearly Newlywed is a business designed to make designer dresses more affordable to women. After a dress has been approved for the website, Courtney likes to sell them at 30% to 40% lower than the retail price. Herjavec seems to be the only Shark who can’t wrap his mind around a bride wanting to buy an already used dress. The only time be believes a woman would buy a used dress is if she has been divorced once already.

Courtney doesn’t agree with this mindset. A lot of brides want to be able to wear the lush and extravagant dresses. Sometimes they end up going over their budget just to be able to wear their dream dress. What she hopes to achieve through Nearly Newlywed is being able to give those brides the dresses they want without making them break the bank. Right now she has sold 4 of the first 30 dresses in stock. That might not seem like a lot, but it’s a good start for a very new business.

Mark Cuban wants to know how she plans to build her brand and lead it towards success. Courtney has been working on getting a lot of press reviews to get the Nearly Newlywed name out there. So far it’s been featured in the Washington Post and Mashable. She wants to continue that press roll. Cuban says it is a challenge to maintain that kind of attention, but the girls that are buying and selling dresses are all talking about it as well.

Nearly Newlywed is scheduled to be in an edition of Martha Stewart Magazine and there has been talk of a potential partnership with Kleindfeld’s Bridal. Courtney, being a person who comes from a PR background, has a lot of skills and potential to make this business great. Barbara Corcoran can acknowledge this but she can’t get past the fact that Nearly Newlywed has only been open for 3 months. It’s more of an idea than an actual business. Right now it’s too early in the game for her to feel comfortable in making an investment.

Next to speak is Herjavec. He has been skeptical from the very start of her pitch. It doesn’t make sense to him that any bride would want to purchase a used dress. He can’t get behind the concept of the business and so he also can’t invest into it. Daymond John shares a similar view to Herjavec. According to him, a woman’s wedding day is the only time she is willing to spend more money than she probably should. So he wants to be able to sell cheaper products for a higher price so he can make a large profit off of it. Clearly he and Courtney are not on the same page and would never be able to work as partners together.

That leaves Cuban and Kevin O’Leary in the tank. O’Leary says that he likes Courtney and her passion for the business. However, if he is going to invest into it, he is going to need a considerably larger stake in the business. He is willing to give her the $35k, but only if he also gets 40% of Nearly Newlywed. Before she makes her decision, Courtney wants to know if Cuban has anything different to offer.

What Cuban has to offer her is a little piece of advice. He claims that Nearly Newlywed is too press driven and that has the potential to be the downfall of the business. Courtney no doubt has the drive to try and make it work, but he is afraid that her idea is a little too specific and far too risky. So, unfortunately, he isn’t going to make her an offer.

With Cuban out, O’Leary’s offer is the only one on the table. Courtney attempts to talk him down a little but he is unwilling to negotiate. She thinks on it a moment and ultimately decides not to accept his offer.

Nearly Newlywed Now in 2018- The After Shark Tank Update

Jackie was undoubtedly disappointed that none of the Sharks were willing to give her an investment. However, her appearance on Shark Tank definitely helped to launch Nearly Newlywed into the attention of the media. She managed to slowly build up the success of her brand and eventually made the partnership of 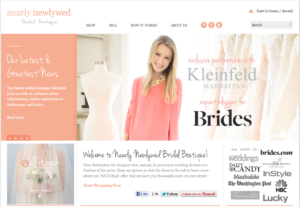 Nearly Newlywed went in on a partnership with the world famous Kleinfeld’s Bridal. Kleinfeld is an absolute hot spot for brides who are looking for the perfect dress. They have thousands of selections and designers and have become increasingly popular through their show Say Yes to the Dress. Needless to say, Jackie was ecstatic when they were able to come to a partnership agreement.

Since then Nearly Newlywed has continued to grow in popularity among brides on a budget. There are so many dresses available through the business’s website (http://www.nearlynewlywed.com/) that it would be nearly impossible not to find something. And the best part of it all is that the prices remain in a very affordable range. Overall, Jackie has been able to create something that makes the lives of so many couples that much easier in addition to creating her own success story.