What Happened to Evanescence-News & Updates 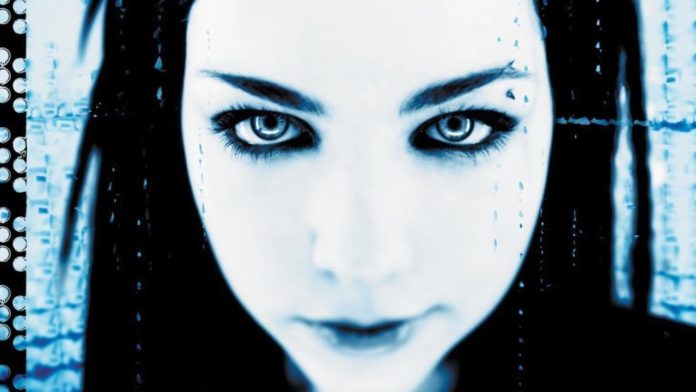 Evanescence perfectly captured a lot of the teenage angst that millennials felt growing up, and they had a very unique sound to their music that helped to give them some staying power. Evanescence is a band consisting of five individuals that have changed out over time, but band leader Amy Lee has always been present as the frontwoman of the band. Read on more to find out about Evanescence’s rise to fame, how they did at the very peak of their careers, and where they are now in 2018.

Evanescence before the Band

Amy Lee, the frontwoman and singular consistent element throughout Evanescence’s history, was the founder of the band. She met fellow band member Ben Moody at a summer camp when the two were little; Moody had actually heard Amy Lee playing a song by Meat Loaf. At this point, the two began to write songs, with Ben Moody writing the songs and Amy Lee mostly editing them – the two split the credit equally between them. As they began to find their sound, local FM stations began to play the music which helped to get some eyes on the group, and eventually, there was enough demand to warrant Evanescence’s first concert. The band had no official name at the point, but eventually settled on their first name Evanescence.

The duo then went on to play a few concerts and eventually release two extended albums; one was their self-titled extended play, and their second was the Sound Asleep extended play. Amy Lee and Ben Moody barely made any sales, but interest in the band very quickly began to grow despite a significant lack of their number of copies. Eventually, Diana Meltzer had come to heard Evanescence’s eventual hit, “My Immortal” that would cause her to sign the band to the label Wind-up Records. The band signed and moved to Los Angeles, where they were offered accommodations by the record label.

Amy Lee would go on to participate in several classes to refine herself as a singer and stage presence. After some time, the band eventually produced their first album Fallen, which had some trouble – the album, and even the band, were not given the permission to go gold unless they have a male vocalist to accompany Amy’s vocals. This eventually lead to Fallen’s first single, “Bring Me to Life.” After the release of Fallen, John LeCompt, Rocky Gray, and Will Boyd all eventually joined the band full-time. Evanescence would then accept an offer from Nintendo to participate on the Nintendo Fusion tour, which they eventually headlined. At this point, the first full lineup of Evanescence was complete.

Evanescence and their Rise to Fame 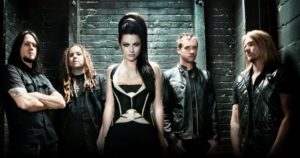 With a full five members in the band, Fallen would go on to sit in the Billboard top 10 for the better part of a year and selling more than 17 million individual copies of their albums. Unfortunately, Ben Moody found differences with his vision in the band and eventually left, which Amy Lee later addressed in interviews. Ben Moody was replaced by Terry Balsamo, and Evanescence continued on. Evanescence would continue their touring, which included a CD and DVD mix of a concert that they had performed. This compilation was called “Anywhere but Home,” which was based off a concert that Evanescence had performed in Paris, France. There are a few exclusives on the CD and DVD, including Evanescence’s cover of a few other songs and performing the song “Breathe No More,” which was a song specifically created for inclusion on the Elektra soundtrack.

In 2006, Will Boyd left the tour and was eventually replaced by Tim McCord. Evanescence began to work on their next album, titled “The Open Door.” The Open Door included a variety of singles such as “Call Me When You’re Sober.” After the release of The Open Door, Evanescence would go on to perform in yet another tour, but this time going abroad to Canada and Europe, in addition to touring all around the United States. Evanescence would also go on to perform alongside names like Aerosmith, Velvet Revolver, and Korn.

After their 2006 into 2007 tour, John LeCompt had been released from the band, and broke the news that Rocky Gray had also quit of his own volition – however, the two of them had agreed and had signed contracts that would allow them to continue touring until September of 2007. Rocky Gray was replaced by Will Hunt on the drums, and John LeCompt was replaced by Troy McLawhorn on the guitars.

Will Hunt would continue to play on the drums and would take part in Evanescence’s self-titled album release, which began recording in February of 2010. Evanescence went through two different producers on the album, but eventually settled on Nick Raskulinecz. However, this album would never quite come to fruition – Amy Lee eventually came onto Twitter in 2011 to make an announcement that Evanescence had decided to leave the studio behind, in order to continue writing new material and find more inspiration. The album had been pushed back indefinitely, although the band would eventually go onto their own tour, named “The Evanescence Tour.” They proceeded to tour from 2011 into 2012. 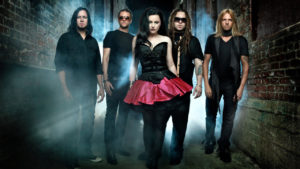 On October 7, 2011, Evanescence released their final and third album, self-titled to be named simply “Evanescence.” This would be the final album that Evanescence released under Wind-Up Records, as Wind-Up eventually sold off their assets, including the catalog of artists, to Bicycle Music Company. Amy Lee then filed a lawsuit for some unpaid royalties to the entirety of the band, and as a consequence, were released from the combined label and would finally be able to serve themselves as indie artists.

In 2015, Evanescence finally announced that they would return to touring. This lineup consists of Amy Lee, who again, is the singular consistent element in the band, and would include Tim McCord on the bass guitar, Will Hunt on the drums, Troy McLawhorn performing on the lead guitar and serving as the male backing vocals, and new member Jen Majura as the rhythm guitar and also the female backing vocals. This is a stark contrast to the band that was originally formed.

Evanescence currently has no plans to release any new albums, as Amy Lee has said that she is far more interested in recording her own solo material than working on new material for Evanescence. However, recently announced in September of 2016, Evanescence announced that a box set named “The Ultimate Collection” would eventually be released, with an estimated date of November of 2016. Evanescence’s The Ultimate Collection contains all of the band’s albums, including a new, remastered verison of the song “Even in Death,” which had never been released during Evanescence’s time with Wind-Up Records.

Amy Lee is the biggest act to come out of Evanescence, and she is notable for her wide variety of music talent – not only is she skilled on the guitar and piano, but Amy Lee is a brilliant songwriter and singer. Since her time split from Evanescence, she has gone on to release one studio album (released on September 30, 2016, named “Dream too Much”) under her own label, which is Amy Lee Music. Amy Lee, for the time being, is serving herself as an independent artist. She also released an Extended Play in February of 2016, named “Recover, Volume 1.”

Amy Lee would also go on to compose the soundtrack for the movie War Story – the album was named “Aftermath,” instead of “The War Story Soundtrack.” Amy Lee combined efforts with Dave Eggar, and the soundtrack actually charted fairly high – it made it to the 47th position on the Billboard Top 100 in the United States, and managed to chat in Belgium, the Netherlands, Italy, and the United Kingdom. Amy Lee has also released a variety of singles, including a number of music videos which are covers for other band’s songs. She has covered bands including U2, Portishead, Led Zeppelin and Chris Isaak. 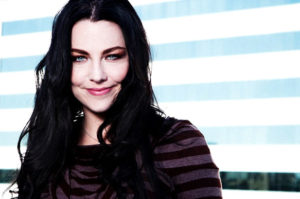 Outside of Amy Lee, Evanescence still consists of a solid lineup of talent – bassist Tim McCord has participated in a variety of side projects, but has remained with Evanescence since 2006. Drummer Will Hunt is known for his wide range of style, as he has played with bands including Slaughter, Vince Neil, Eye Empire, Black Label Society, and Device – of course, he has returned to tour with Evanescence. Troy McLawhorn is noteworthy for having more than 10 different album releases under his belt, including his time spent with Still Rain, Sevendust, doubleDrive, Dark New Day, and Seether – Troy McLawhorn had actually only appeared on the self-titled Evanescence album released in 2011. New Guitarist Jen Majura had originally toured with folk metal band Equilibrium and appeared on only one album, but she has been confirmed as sticking around with Evanescence.

Evanescence is known for their unique sound, which is a bastardization of all rock, metal, and gothic – however, Amy Lee has confirmed that the band had been, since day one, a Christian band. Despite this, Evanescence has a strong place in history with only three albums released due to their unique sound and image – they actually won the 2004 vote for Grammy Award for Best New Artist, along many other accolades. Amy Lee herself has received numerous awards for her solo work, and I feel that with the reforming of Evanescence (despite the lack of confirmation of new studio material), we may still have yet to see the best of them.