What Happened To Sting– News & Updates 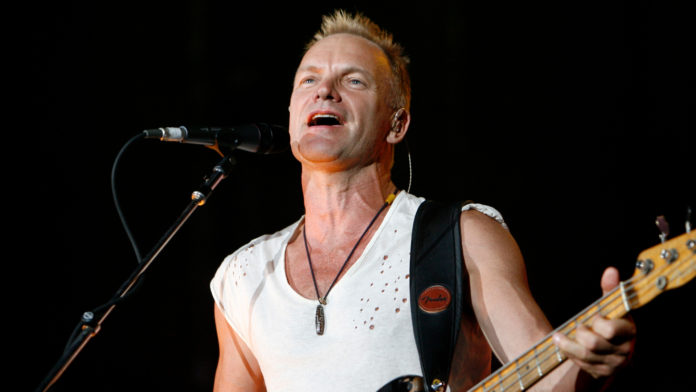 Singer, actor, and all around trend setter, Sting has spent the better part of three decades captivating his audiences with performances ranging from the iconic 80’s sound of The Police to sea ballads of the Isles with The Last Ship. But what has Sting been up to in recent years? Here, we will take a look at what he has been up to in 2016.

Born Gordon Matthew Thomas Sumner, Sting was born in Northumberland, a county of the United Kingdom bordering Scotland on October 2, 1951. Raised as the oldest of four children to a hairdresser and milkman (later engineer), Sting often accompanied his father to work along the shipyards of the county. As to be later seen, the scenes of ships in the harbor and the bustle of maritime trade would have a major effect on his art as did receiving a guitar from a friend of his father, with which he quickly became enamored. Before stepping fully into music, Sting worked as a bus driver, construction worker, and even as a teacher after graduating Northumbria University in 1974.

During these points in his life, Sting would often find time on the weekends to visit nightclubs (especially those with a jazz bend) and would occasionally play for said clubs. These would influence his music as well, as later songs would often contain jazz accompaniments or elements. When playing alongside his then companions the Phoenix Jazzmen, Sting earned his name from band leader Gordon Solomon as a result of his typical attire: A sweater of yellow and black stripes.

With a new name and quickly setting up a new residence in London, Sting began to form his first outstanding band in 1977, The Police.

Years With The Police 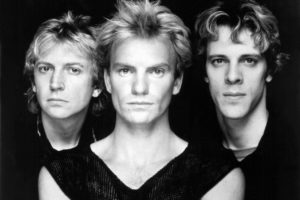 In 1977, The Police were nothing if not the typical pop band with high hopes but little in the way of recognition or resources. After the their first single, “Roxanne” failed to gain initial traction (though this would later become one of their most popular songs) The Police decided to cross the pond, performing club concerts via van tour across the United States. By the next year their first album Outlandos d’Amour had gained a significant following, topping both British and American charts. With a sound that found its way between prog rock, punk, new wave and jazz, The Police would find 4 of their 5 subsequent releases reaching the top of the charts and making it into the top 500 albums according to Rolling Stone.

Between the recordings of the final two Police albums Ghost in the Machine and 1983’s Synchronicity, Sting also found time to start his career as an actor. Playing the lead role in Brimstone & Treacle, Sting got a lukewarm reception, as while Roger Ebert praised the film for being a great example of “A balancing act… involving the understatement of shocking”, he also gave the film only 2 stars, stating that the performance as “primarily an exercise in style”.

By 1984 The Police, while never officially breaking up, agreed to focus on solo projects and parted ways. As a result of that decision, Sting presented his first solo album in 1985 The Dream of Blue Turtles.

Sting On His Own

Beginning with the 1985 release of his solo album, Sting quickly gained recognition as one of the biggest stars to come from the new rock scene. However, just because he had gone on his own creative ventures didn’t mean he minded helping others with their projects. Of particular note was his lending of vocals to the chorus on the Dire Straits song Money For Nothing, as well as yet another acting role in the 1984 Dune film. This would be followed by the releases of what many think are Sting’s golden albums: Nothing Like the Sun in 1987, followed by 1991’s The Soul Cages (which not only went platinum, but garnered him an Emmy and an honorary Doctorate from Northumbria University), 1993’s Ten Summoners Tales (a triple platinum album) and lastly Mercury falling in 1996. None of these albums could easily be put into one genre, at times melding World, Jazz, Rock and even classical influences into very diverse, yet cohesive albums. As a result of his creativity and work ethic both on and off stage, Sting would gain three Brit awards for musical prowess, tailed quickly be a Golden Globe, an Emmy, and three Academy awards.

During the time between Nothing Like the Sun and The Soul Cages, Sting yet acquired another habit that would become a core facet of his identity. This would be a tendency to be an outspoken advocate for both humanitarian and environmental rights. During 1987, Sting would help introduce the world to Chief Raoni, an elder chief of the Kayapo people which reside near or within the Amazon rainforests of Brazil. This tribe had been essentially fighting against large logging and dam operations in relative silence, until the pair had met in a press conference just prior to the “Human Rights Now!” international concert series, put on by Amnesty International. After this event, Sting and his then girlfriend (later wife) Trudie Styler helped found the Rainforest Foundation, which sought to aid Raoni in the unification of indigenous lands and the assurance of its protection against commercial interests. This goal would be achieved in 1994, creating one of the world’s largest national forests (estimated at nearly one third the size of France).

Some two years later, Sting would find himself yet another humanitarian project, lending his voice (quite literally) to the Red Hot charity album, which sought to increase acceptance and education of those infected with HIV. Closing out the millennium, Sting released Brand New Day, which made it to triple platinum in under two years, with the title song handing him a Grammy.

The first decade of the 2000’s was a very busy time for Sting. On the heels of the wildly successful Brand New Day, Sting would release All This Time and Sacred Love, which while critically acclaimed, failed to live up to previous high sales. In 2006, he drastically changed style by recording ancient English music for the album, Songs from the Labyrinth. A year later, despite having spent decades apart, Sting joined a revived form of The Police to much fanfare. Though this would only last a little over a year, it would give Sting the boost to his career that was greatly needed, as even his solo album during this time ( If On A Winter’s Night) had received mixed reviews even by dedicated fans.

2010 would see Sting take yet another artistic venture, this time with a classical bend. Working alongside the Royal Philharmonic Orchestra, Sting released Symphonicities which again received mixed reviews by critics, but was significantly more well received by fans. Thereafter, Sting would begin work on a musical and album of the same name: The Last Ship. This mix of songs, ranging from slower romantic songs to shipyard ballads centered around the failing ship industry of 1980’s England, undoubtedly influenced by his childhood. The album seemed to be a revival of Sting’s previous talents, and the musical made its way to Broadway by the fall of 2014. This would be followed by a joint tour with Paul Simon for a pan-America tour, before releasing one of the first rock singles he had produced in nearly a decade: “Stolen Car”. This duet with Mylene Farmer marked a decided return to what many thought of as the “original” Sting sound.

As of 2016, Sting recently finished a summer tour with Peter Gabriel through 19 cities of the United States. Despite this being over, Sting fans do have something to look forward to. It was recently announced that Sting would release a full solo rock album, 57th and 9th as of November 2016. A single has been released early on such services as Spotify, giving both diehard and new Sting fans a taste of what to come in “50,000”. Another single that was released as of September 2016, titled “I Can’t Stop Thinking About You” slid into most of the world’s top 40 rock charts, which is at the very least a promising sign of things to come. With a continuing creative ambition and participation in humanitarian causes, this year will certainly not be Sting’s last voyage.