Yourself Expression Update – What Happened After Shark Tank

Yourself Expression Before Shark Tank

When Shelby was just 13, she wanted to help her parents find a way to afford the tuition for her high school. At the time, she was making her own interchangeable boot clips. She started selling to friends and family, but the clips were growing in popularity. Shelby recruited her nine year old brother, and created the website. Yourself Expression was born. Would the Sharks invest in these child entrepreneurs? Let’s take a look.

Yourself Expression on Shark Tank 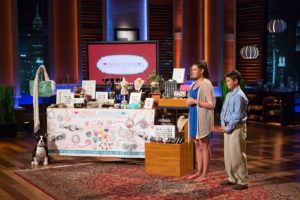 Shelby Goulski and Gordon Goulski introduced themselves, and told the Sharks their ages, which were 15 years old and 10 years old, respectively. Gordon said that he was Shelby’s minion, which got a smile out of Lori. Gordon said that their company, Yourself Expression, was based out of Jacksonville, Florida. Shelby cut in, telling the Sharks that they were seeking $50,000 in exchange for 20% equity in Yourself Expression. She continued, explaining that Yourself Expression allowed the wearer to turn one piece of jewelry into tens of thousands of designs.

Shelby told the Sharks that the idea had come from her expensive tastes in boots with little bows on the back. Her mother was less than thrilled with that choice, so Shelby took matters into her own hands, and made her own accessories for boots that she already had. That turned into a pursuit of more things that she could create, wear and change. Gordon started chanting “Create, wear, and change!” And doing a little shimmy next to his sister. This got a hearty laugh out of the Sharks. Shelby went on to explain that there were five different collections that were designed for men, women, kids, and even family pets.

Shelby insisted that Yourself Creations was a “fun, affordable addiction, and customers couldn’t stop adding to their collections.” Shelby and Gordon pulled a design off of their bracelets and switched them as Shelby explained that one base could be turned into a bunch of different designs. Gordon chimed in, stating that the Sharks should join in now as they were getting into the souvenir and sport’s team industries, and grew their current product line. The kids ended their presentation by asking the Sharks “who wants to snap to it, and let’s do it.” Shelby thanked them, and said that Gordon was going to pass out a gift for each Shark.

Mark told them that they did a good job. Robert asked Shelby if all the jewelry she was wearing was her creations, and Shelby said that they were. Robert seemed shocked, as Shelby was wearing many accessories. Shelby said that everything, from her belt, hair tie, flip flops, and bracelets were all Yourself Expression creations. Robert held up the necklace in his hands, and asked if each piece came with a “circular, round thing” that the design was snapped onto. Shelby said that that was the case. She explained that each accessory came with the base, and the customer was to purchase the poppers separately.

Robert wanted a clarification, and Shelby walked him through the process of popping a design into the base. She said that each design was sold individually, and Yourself Expression was sold through their website and store. Robert asked who the designer was, and Shelby said that she designed most of them, and they also had four different manufacturers who help with designs. Kevin asked if they had any retail distribution, and Shelby told him that they were in 90 different stores so far, such as hospital gift stores, boutiques, and a few Hallmark stores.

Kevin asked what their sales looked like for the year, and Gordon told him that they would sell $360,000. Robert was shocked that they were selling $1,000 a day at their age. Shelby smiled, and informed him that they sometimes sold more. Kevin asked who owned the company, and Shelby said that the whole family owned a portion. Shelby had 35%, Gordon had 20%, and her mom owns 25%. Kevin toldGordon that his sister screwed him out of profit. The two children laughed.

Lori asked how they started the business, and Shelby launched into the backstory. They started by making interchangeable boot clips, got their website in order, and made $250,000 after that point. Robert asked what their cost looked like, as well as their margin of profit. Shelby explained that the poppers all cost less than a dollar, and they resell them for $4. The bases were slightly pricier at $1.20 and $4, and were sold for $10 to $14. Robert told them that they had great margins, and asked Gordon if he did all the accounting. Gordon nodded shyly. Robert wanted to know if the $360,000 was for this year, or last year. Gordon said that it was $250,000 this year, but they were projected to do $365,000 for the year.

Robert laughed and said that he loved that Gordon made his voice deeper when he answered that question. Robert asked how much profit they made at the end of the day, and Shelby said that they would take home $80,000 of what they’d made so far. Robert asked what they needed a Shark for since they were doing great already. Gordon said that Yourself Expression needed both a Shark’s business expertise, as well as their connections. They wanted to expand into theme parks, souvenir shops, boutiques, and cruise lines. Shelby said that they really wanted to get into character and sports licensing, which is why they were on the Shark Tank in the first place. They primarily wanted to grow their men’s and children’s collections.

Lori said that they were pretty savvy already. As children, they started a business, made it sucessful, and discovered a path to expand on. Barbara said that she and Mark invested in Billy’s Custom Bikes. They had a similar story, with a bunch of different customizations for bikes. Barbara warned them that they should concentrate on what was actually selling, and focus on that. Barbara said that she did not see the business making a lot of money, so she was out. Barbara apologized.

Kevin said that inventory was a big thing in business, and what they had so far was a nightmare to manage. He told them that it was amazing that they’d made it so far. Kevin said that he was deadly serious about the money that he invests, so he went out. Shelby nodded sadly. Robert chimed in, complementing Gordon on his tie, and telling him that he was very well dressed for his age. Robert said that he was impressed with thbuilding a business themselves that was scheduled to make $100,000 a year. He said it was truly unbelievable at their age. Shelby started crying, and said that she did not know why.

Robert got up to console her. Lori told her that she’d worked really hard to get where she was. Robert told her that she was doing great, and asked if she wanted some water. Shelby took the tissue he offered, and repeated that she did not know why she was crying. She tried to contain herself, and Robert asked Kevin to leave since he was making the children cry. Robert jumped back into Shark mode, saying that retail measures sales per square foot, so since they could sell many items with a small footprint it would be a great business. Robert said he liked them, and they made him feel inferior that they’d accomplished so much in their young lives. The business idea just was not for him. He went out.

Mark said that it was a great business, but he did not think that it was what they were going to stick with. SHelby disagreed. She stated that she wanted to make this her life, and go head to head with Pandora. She wanted to see Yourself Expression at Disney, and with the proper licensing. Shelby insisted that people were addicted to the poppers, and come back to purchase more designs. Mark said that he agreed that it was a good product, but he believed that they would both find bigger and better things to do. He didn’t want them to have the pressure of having to stay in the business since they decided to pair with a Shark. Mark said that they might not realize how much their obligations would change once they needed to support an investor. He went out.

Shelby was crying again. Lori told her that she reminded her of a quote that she loved. “It isn’t who is going to let me, it’s who’s going to stop me?” She said that Yourself Expression was already so successful that having an investor would just complicate things for them. She wished them luck, and was the last Shark to go out. Shelby sniffled, and thanked them. The kids turned to walk out, and Kevin told Gordon to ask Shelby for more equity. They both laughed. Mark and Lori congratulated them, and Lori said that they made beautiful things.

In the exit interview, Shelby expressed her disappointment. She insisted that the Sharks just did not get it. She said the the character and sports licenses would be make the business much more profitable. Shelby admitted that she’d gotten a lot of great advice from them. Gordon stood to the side, looking disappointed as Shelby said that they would see her again in a few years. Let’s see how they did since their episode.

Yourself Expression Now in 2018 – The After Shark Tank Update 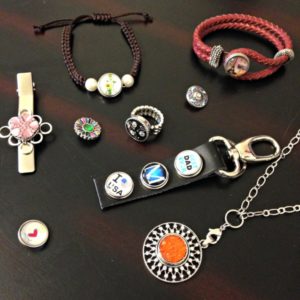 Even though Shelby did not get a deal on Shark Tank, Yourself Expression is still expanding. They put out their third catalog of bases and popables, and according to their website, they are doing well. Shelby has been promoting the business at various Women’s Expos. They also have a new company called Lalee Pop that sells Children’s Boutique Clothing. That company is run by Shelby and Gordon’s mother. If you’d like to get in on the Yourself Expression addiction, you can find the exciting designs at their website.