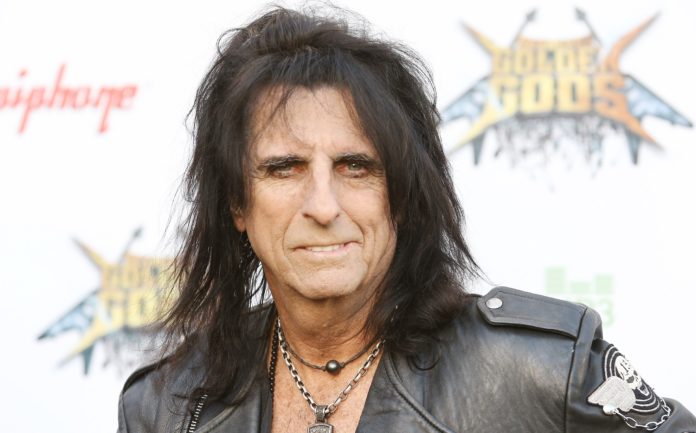 Alice Cooper is touted as the “Godfather of Shock Rock” due to his controversial and violent onstage theatrics. He also has more than 20 studio albums from his decades-long career, most of them were chart-toppers and were critically praised.

Before we take a look at the latest news regarding Cooper, let’s first check out the history behind the man who refined shock rock.

Vincent Damon Furnier was born in Detroit, Michigan, on February 04, 1948. Throughout his childhood Cooper and his family moved to different cities due to his poor health. They stayed first in Los Angeles, California, with Cooper’s father slipping to alcoholism as the family struggled financially. Things turned for the better when his father dropped his vices and converted to The Church of Jesus Christ, and soon enough Cooper himself was also drawn in to pilgrimages and missionary work in Phoenix, Arizona. The family settled down there in a trailer after the ordination of Cooper’s old man as a minister to be closer to the Apaches.

Cooper enrolled at Cortez High School in the 60’s and met Glen Buxton while working for the school’s paper. In his junior year Cooper was tasked in organizing a talent show where, due to the lack of eager participants, he and Buxton teamed up with track teammates Dennis Dunaway and John Speer to form a band named the Earwigs. Only Buxton knew how to play an instrument yet the boys improvised by singing parodies of Beatles songs, and their bad performance managed to gather much attention and fame in the school. The taste of recognition was what drove Cooper and the boys to pursue a career in music as a band.

Alice Cooper and the Spiders 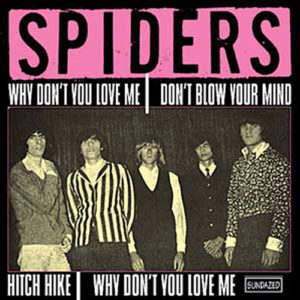 The members of the Earwigs procured instruments and self-studied on how to play them. They also learned songs from other bands like the Rolling Stones and the Yardbirds. They had a new member a few years later named John Tatum who played the rhythm guitar. The Spiders played at gigs for a handful of dollars until their victory at the Battle of the Bands in Phoenix in 1965 earned them a steady employment in the teen club VIP Lounge owned by Jack Curtis. Curtis also owned a record label and offered to press copies of the band’s single “Why Don’t You Love Me?”

In 1966 Tatum was replaced by Michael Bruce and they released another single titled “Don’t Blow Your Mind”. With the help of Curtis the single found airplay and quickly became a hit. Cooper attended Glendale Community College and the Spiders continued their rise to fame in Phoenix. The boys decided to relocate to Los Angeles under the new name Nazz. Success proved to be elusive at first with the Spiders plagued by problems especially with money and a place to stay, not to mention having no luck with record labels. They secured a weekly gig at The Cheetah Club and replaced Speer with Neal Smith, but the crowds were not too interested with the band. Things became repetitive for the band and Cooper decided to go back to Phoenix. After evading getting drafted, Cooper and the boys brainstormed the new name with an accompanying backstory, leading to the inception of the band Alice Cooper.

Cooper and the boys, now playing as Alice Cooper, returned to Los Angeles and played at The Cheetah Club, this time gathering unfavorable reaction from the audience who hated their new image and music. Insults were hurled at Cooper and the frontman responded in kind, further fanning the flames. The negative reception however did not stop them from getting signed on a record label. Their first album Pretties for You was released in 1969 but proved to be immensely unsuccessful. Even their next album Easy Action in 1970 suffered the same fate. 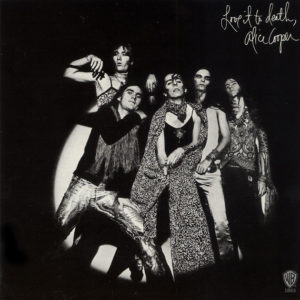 By this time Cooper and the boys wore makeup and costumes, and performed bizarre stage antics including the controversial “chicken incident” in 1969. Their fans grew to larger numbers who exhibited intense devotion whenever the band played live. The band’s third album Love it to Death hit the shelves in 1971 and was met with positive reviews and commercial performance. Its supporting tour featured the band’s first “execution” with Cooper being strapped to an electric chair, and the macabre practice became a staple in their future tours.

The band released three more highly-successful albums namely Killer (1971), School’s Out (1972), and Billion Dollar Babies (1973). Muscle of Love (1973) was their final offering as a group and it didn’t live up to the expectations of their previous releases. The boys went on their separate ways after a final tour in South America in 1974. They did make a couple of short reunions in the future to perform songs at events.

Cooper had his real name legally changed to what we know now to avoid legal problems with his solo music career. He released his debut album Welcome to My Nightmare in 1975 and it came with a TV special titled The Nightmare and an eponymous concert film. The album and its accompanying projects were all met with positive praise and this success drove Cooper to further pursue his own career alone. His stage performances were also more elaborate compared to how Cooper did it with the band.

Cooper struggled with alcoholism during the late 70’s as evident in his performances. His albums tackled his inebriation, and the 1978 From the Inside was based on his confinement in a sanitarium to remedy his problem. Much of his works in the early 80’s were referred by Cooper as “blackout albums” as his drug use affected his recollection on working on these releases. 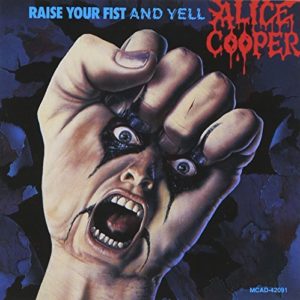 After a brief hiatus Cooper returned in 1986 finally sober and in good health. In that year he released Constrictor, and he also returned to performing on stage with the critically-acclaimed tour The Nightmare Returns. The 1987 album Raise Your Fist and Yell continued the violent trend with brutal and controversial theatrics on its supporting tour. Cooper ended the 80’s with Trash (1989) which was considered as one of his best albums.

The 90’s only saw two studio albums from Cooper with Hey Stoopid (1991) and The Last Temptation (1994). During this decade Cooper was a big name in the genre and he’s made appearances in the albums of other successful bands, and brief cameos in many famous films at that time.

Six years later Cooper released Brutal Planet which proved to be a hit. His other albums in the new millennium all performed well in the charts and received positive critical reception. In 2004 Cooper started his own radio show titled Nights with Alice Cooper which still airs up to this day.

Let’s see what Alice Cooper is up to now this year.

Last year Cooper formed the band Hollywood Vampires with Joe Perry and Johnny Depp. They released an eponymous debut album in 2015 and went on tour during the first half of 2016. It has been reported that a new album is currently in the works.

Cooper embarked on his “Spend the Night with Alice Cooper” tour last August and its second leg is roaring through October. Cooper also announced that he is working on a new solo album and is planning to reunite with his old band for a couple of tracks. He is currently “running” for president just in time for the upcoming elections, a trend Cooper’s been doing for a long time.

Cooper is slated to appear in the documentary Gotta Keep Dreamin, and the movies Thank God for Chris Penn and Pet Rock.