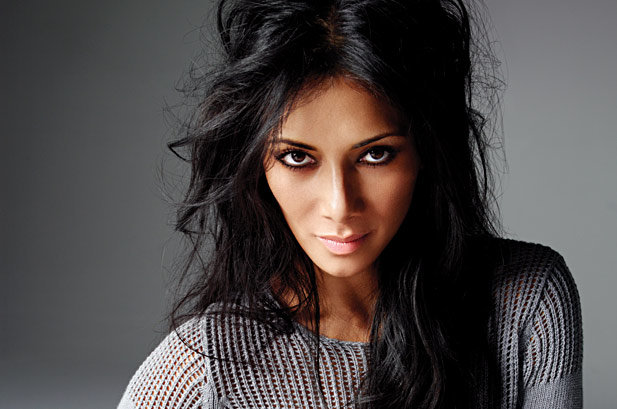 Nicole Scherzinger is famous for being the lead vocalist of the all girl group The Pussycat Dolls. After the group disbanded Scherzinger embarked on a successful solo career in music, on the stage, and in front of the camera. She’s hosted shows and served as a judge on one of the most famous singing competitions in television.

You might be wondering what Scherzinger did after her time with the Dolls, or what is she up to this year. Before we check out the latest, let’s take a look at her journey towards stardom and success.

Nicole Prescovia Elikolani Valiente was born on June 29, 1978, in Honolulu, Hawaii. Her parents split even before she celebrated her first birthday. At the age of six Scherzinger moved with her mother and stepfather to Louisville, Kentucky. She grew up to a simple childhood as her family was not that wealthy, and it was during these early years when Scherzinger’s love for performing blossomed after listening to a Whitney Houston cassette. Fueled with inspiration Scherzinger pursued her dream by enrolling at the Youth Performing Arts School and joining talent contests.

After finishing high school Scherzinger took a Musical Theatre degree at Wright State University. However in 1999 she stopped her studies after being hired by Travis Meeks to sing as backup vocals for the second album of his band Days of the New. Scherzinger performed on six of their songs and she also joined the band for a few tours before parting ways with them.

Two years later Scherzinger tried her luck on a solo career by auditioning at the reality series Popstars. Scherzinger and four other girls survived the competition and eventually they formed the group Eden’s Crush. Their debut single “Get Over Yourself” was released during the same year and it performed admirably on the charts. The girls appeared in some tours of bigwigs like Jessica Simpson and *NSYNC, and their album Popstars earned them a good number of fans and praises.

Things looked pretty well for Eden’s Crush until their record label London-Sire ceased its operations. The girls tried to move to a different record label but the plan did not push through. This led to the disbanding of the group and the girls followed their own individual paths. Scherzinger had several solo pursuits like performing “I’ll Be Your Love” along with the Tokyo Symphonic Orchestra, and singing a cover of “Breakfast in Bed” under the pseudonym Nicole Kea.

Nicole Scherzinger in The Pussycat Dolls

The Pussycat Dolls was initially a burlesque troupe that performed at the nightclub The Viper Room during the 90s. Later on the Dolls became a brand with a recording group. Scherzinger was recruited in 2003 as the front-woman of the Dolls. They released their debut album in 2005 titled PCD which contained highly-successful songs like “Don’t Cha”, “Buttons”, and “Stickwitu”. Critics praised Scherzinger’s graceful vocals and some of their dance-pop songs, while the group’s covers and ballads were not looked upon favorably. The album was supported by the PCD World Tour that spanned 24 shows from 2006 to 2007.

Their next album Doll Domination came in 2008 with notable singles “I Hate This Part”, “When I Grow Up”, and “Jai Ho! (You Are My Destiny)”, with a supporting tour the following year. The album failed to replicate the success of its predecessor as critical reception was lukewarm and its sales did not boast impressive figures. The Dolls announced a hiatus the next year which eventually led to their breakup as the girls went on to follow their solo careers. However there are reports that an internal conflict is the true reason why the Dolls faltered.

Scherzinger had already sown the seeds for her solo career while she was still with the Dolls. She started in 2006 in duets with Avant and Diddy, and with the Italian tenor Vittorio. The next year Scherzinger released four singles that were part of her upcoming debut album Her Name is Nicole. Unfortunately these four singles barely made attention which made Scherzinger stop working on the album. 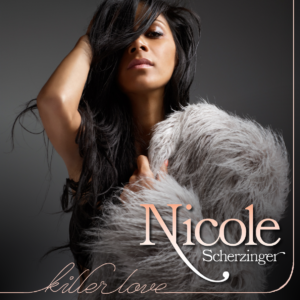 She worked on another debut album in 2010 after leaving the Dolls. It was titled Killer Love and was released in 2011. Critics lauded Scherzinger’s performance but criticized the album’s record producer RedOne for the audible similarities of some songs. Scherzinger made extensive promotions of the songs through live performances in various television shows throughout the year. She also had her first solo tour in 2012 which only spanned seven shows.

Scherzinger’s second album Big Fat Lie hit the shelves in 2014. Like Doll Domination this album fizzled in its attempt to match the previous work’s success. Critics found the songs to be mediocre at best.

As performing was Scherzinger’s childhood dream, it is no surprise that she ventured in the realm of acting. Back in college she performed at musicals like Show Boat and Chicago.

Her debut in the small screen was in the 2002 comedy series My Wife and Kids. She’s also made appearances in several comedy films throughout the 2000s namely Chasing Papi, Love Don’t Cost a Thing, and Be Cool, and finally in 2012 with Men in Black 3.

In 2010 Scherzinger was a contestant in the tenth season of Dancing with the Stars which she won in tandem with professional dancer Derek Hough. She also served as a judge during the ninth and tenth series of The X Factor UK. In 2015 she participated in the short-lived series I Can Do That and emerged as the champion.

Scherzinger was part of the 2012 musical Two Lost Worlds where she exhibited an impressive vocal performance. Two years later she debuted at the West End theatre in the musical Cats which ran up to February 2015, and critics had nothing else but praise for Scherzinger’s performance on the stage.

Before 2015 ended Scherzinger was one of the team captains in the game show Bring the Noise. Unfortunately the show only lasted ten episodes before getting axed due to abysmal ratings. She also co-hosted the variety show Best Time Ever with Neil Patrick Harris which was also cancelled after eight episodes.

Let’s see what Nicole Scherzinger is doing now this year.

Scherzinger is back for the 13th series of The X Factor UK as one of the judges. She also served as a guest judge in the season 2 episode 4 of RuPaul’s Drag Race All Stars which was aired last September 15.

Scherzinger is slated to appear as one of the cast of the upcoming TV movie Dirty Dancing. She also provided her voice for the upcoming animated film Moana which will hit the big screens on November. She voiced the character Sina, the protagonist’s mother.

As for her next album Scherzinger stated that she signed a new deal under a new record label around June. She then revealed that there will be new music next year. She did have a new single this 2016 but it is a cover of the Jackson 5 song “I Want You Back”, plus she teamed up with Todrick Hall for the song “Papi”. Scherzinger is also among the long list of singers who sang in the remake of “Where is the Love” from The Black Eyed Peas.

Last June 05 Scherzinger performed at the Hollywood Ball in California where she had a duet with tenor Andrea Bocelli. The two met again later in September 28 and October 01 during Bocelli’s tour with

Scherzinger as a special guest on the London and Dublin shows. Scherzinger also performed at the One For The Boys fashion ball last June 12.

Scherzinger is set to perform at the Rays of Sunshine concert which will be held on October 24 at the SSE Arena in Wembley. Rays of Sunshine is a children’s charity that grants wishes to children with serious medical conditions.