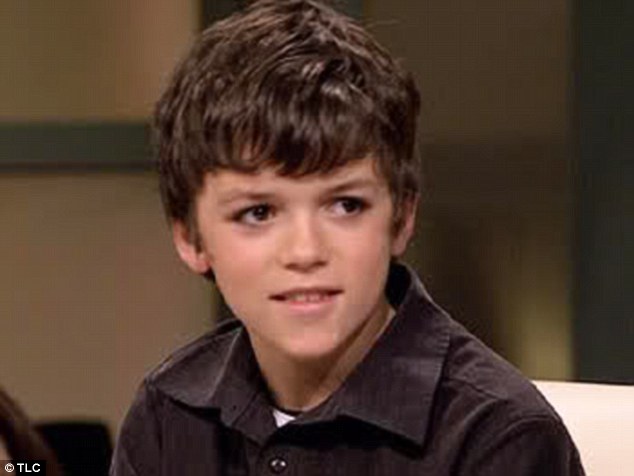 Jacob Roloff is best known for his minor appearances on the TLC show, “Little People, Big World.” Jacob’s mother, father, and his older brother, Zack, are all little people that suffer from dwarfism, which is a biological illness that causes them to, indeed, look like dwarves. The show focuses on their lives and how they deal with the illness and have to adjust to life, which is where Jacob Roloff received his claim to fame. However, things are not all as they appear to be and Jacob Roloff is the one bringing this to light – read on more to find out about Jacob’s appearance on Little People, Big World, and how he has made waves with some controversial actions and statements.

Little People, Big World premiered on March 4, 2006, and primarily focused on the Roloff family, where most of the family members suffered from dwarfism; the mother, father and a son suffered from dwarfism, but the three children were “normal-sized.” The show lasted for 10 years and has made resurgences after a 3-year break in 2013, 2014 and 2015 for their 7th, 8th and 9th seasons respectively; overall, the show was well received for showcasing little people in a positive light and being a feel-good program.

Jacob Roloff was always focused upon as the helpless younger brother, and frequently injured himself or ran crying off to his parents – this would eventually shape his future. While the show did not focus heavily on Jacob for the first few seasons, he quickly came to fame in the second season during a terrible misfortune.

The Roloff family own a family farm, which is quite high in the acreage – I believe it is just under 1,000 total acres. They are famous for their growing of pumpkins and with the help of the Little People, Big World show, the farm became a tourist destination and absolutely blew up in popularity. Matt Roloff, the father, saw it fit to build more attractions and destinations at the farm, including a village and eventually deciding to build a trebuchet. During an episode, Jacob Roloff and farm-hand Mike were injured as the trebuchet launched a pumpkin, which ended up hospitalizing the both of them.

In poor fashion, the accident was heavily focused upon during the second season and footage of Jacob and Mike’s recovery were made prevalent. The entire accident constituted part of the season, which was rather unfortunate – eventually, however, Jacob made a healthy recovery, but it appeared that things would never be the same between Jacob and his two parents again. The accident ended up causing heavy damage to Jacob, including potential head trauma, and Mike also received heavy damage to his entire body. Jacob was only nine years old in the accident.

Jacob would be injured again in the following season, with Matt Roloff receiving a phone call during his daughter Molly’s swim meet. This ended up to be a less serious injury and was regarded as a concussion, but specifics were never released about the injury. 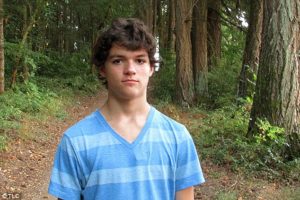 The show would continue without Jacob receiving any further injuries, although farm-hand Mike would eventually pass away. Little People, Big World somberly dedicated an episode to Mike and his memory, but the show would continue on. Jacob’s behavior would become more inappropriate and erratic, including lashing out in anger and frequently using profanity in front of his mother. Jacob would continue to be a problem child, including a situation where he eventually sent out more than 8,000 text messages.

The Jacob Roloff saga would come to a head during the 9th, and latest, season, where he would eventually announce that not only was he intent on dropping out of high school, but he also wanted to move out of the family home to live on his own.

After announcing early in the latest season that Jacob Roloff wanted to move out, it came to light that he was unhappy with the family and the focus as a reality television star. He wanted to move out to be on his own, although he would eventually reconcile with his mother – still, it seemed that he had a troubled childhood. Jacob is still active on Instagram and Twitter, and is noted for speaking out not only against the show but against the network.

Jacob Roloff is primarily a controversial figure because he has spoken out against both the television show and network, saying that he feels as though he was screwed out of his proper earnings – after all, he was a huge focus during the second season.2 and made several appearances since in minor episodes.

Since leaving the show entirely during the latest season, he has been confirmed to be dating a girl, who can often be found in pictures uploaded to his Instagram.

Jacob Roloff has often spoken out about the nature of being raised during the filming of a reality television series, which includes revealing the truth that most people indeed acknowledge – most of the show is scripted or “hammed up” in order to create an entertaining show for the audience. Most of this could possibly stem from the trebuchet accident, but Jacob has revealed specific lies that were used in order to enhance the television show; one particular example is daughter Molly revealing that she graduated and was receiving an accounting job. Molly called her parents to reveal that she had found a job, but Jacob had said that the job had been lined up for months prior and the entire thing was fake for the sole purpose of the reality show.

Jacob Roloff has also spoken out about the nature of the network and not receiving his proper earnings. Numerous media celebrity-centric outlets have covered the stories, but the gist is that Jacob Roloff is heavily against using child TV stars, and he always felt like he was an additional character for the sole purpose of being put onto the television show solely for ratings. In addition, Jacob felt that he was entitled to more of the show’s earnings than he received, and has since started to lead a reform for children’s contracts.

Since then, Jacob Roloff has managed to reconcile with his mother (through a very sweet and touching Instagram post), and is still quite active on social media through Twitter and Instagram. Most recently, he has become very active in the political scene, where he frequently voices his concern for Republican candidate Donald Trump through various postings – he posts numerous times a day and is quite active in participating in conversing with either fans of him or fans of the show Little People, Big World.

Jacob Roloff was born in 1997, and unfortunately seems to be quite troubled for being a reality television star. The filming of Little People, Big World has definitely shaped him and bittered him towards the nature of the beast (exploiting children and potentially greedy parents), but could you actually blame him? Now, Jacob Roloff keeps his life far more private and seems to be much happier after reconciling with his parents and finding a job. I personally hope that Jacob Roloff will become more of a personality in the future and lead the charge for better, more fair conditions for children to appear on reality television shows, as he might be the most experienced one to helm the change.