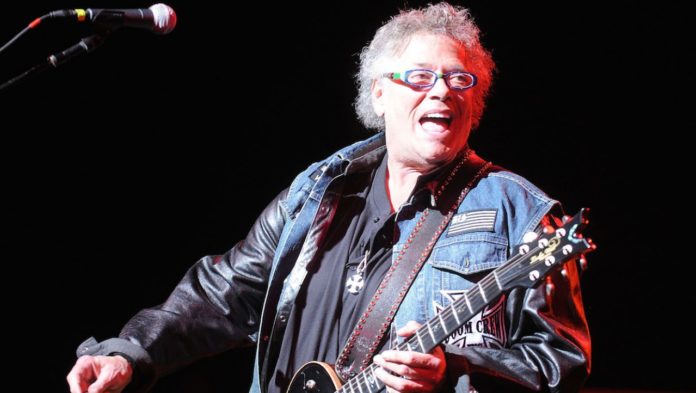 Leslie West is an American rock guitarist who is best known as a member of the heavy metal band, Mountain. He began his musical career in his teenage years when he formed an R&B soul-rock band called The Vagrants alongside his brother, Larry and a few friends. Performing wherever their music took them, the group even got the chance at one point to play with several popular artists such as Cream, The Who and Mitch Ryder. After a few years of performing with the garage band, West formed his own hard rock band called Mountain with Felix Pappalardi, a former Cream producer; the two later invited keyboardist Steve Knight and drummer N.D. Smart into the group. With the team complete, they set off to perform in the West Coast prior to landing a spot in the 1969 Woodstock Festivalーan event which ultimately garnered them much attention. Eventually securing a recording deal, West and his band released their debut album, Climbing! in 1970.

Proving to be a major hit, West and his band soon followed up with a second studio album in 1971. Despite the fact that they ended up disbanding the following year, they later regrouped in 1973. To date, Mountain has released eight full-length albums and three singlesーtheir second effort, Nantucket Sleighride remains to be their best-performing record. Active in the music scene to this date, they are also known for their their 1970 hit, Mississippi Queen. Credited by many for having influenced the development of heavy metal in the 70’s, the hard rock band also went on a number of tours over the years, which brought them to several countries around the worldーin fact, their 2016 Germain Sleighride Tour only just concluded earlier this year.

While he is largely a musician at heart, Leslie West has also made a handful of appearances on television throughout his career. For instance, did you know that he made his big screen debut back in the early 70’s in crime movie called Family Honor (1973)? Busy with his recording and touring lifestyle however, it wasn’t until the mid 80’s that he returned to the big screen in the comedy, The Money Pit (1986). In addition to his brief on-screen time as an actor, the rock guitarist has also been featured in multiple TV shows such as Rock Concert (1975), The Howard Stern Show (1987), Woodstock Diary (1989), and The Music Cafe Presents (2009), to name a few.

So what has the veteran musician of over forty years been up to as of late? At the age of seventy-one, is he still actively recording? What happened to Leslie West? What has he been up to these past few years? 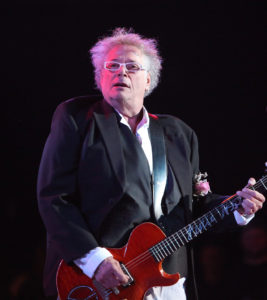 Born on October 22, 1945, in New York City, Leslie West (Birth Name: Leslie Weinstein) grew up majorly in Hackensack, New Jersey as well as in the New York community of East Meadow; he changed his last name shortly after his parents divorced. As a teen in the 60’s, West began his career as a member of The Vagrants, an R&B soul rock band which was inspired by The Rascals. One of several New York garage bands, the group consisted of Larry West on bass and vocals, Peter Sabatino on harmonica and tambourine, Jerry Storch on organ, Roger Mousour on the drums and West on the guitar and vocals. Performing around in various venues in the metropolitan area, they eventually peaked the interest of Southern Sound, a local recording label; with the company, The Vagrants released their first single entitled Oh Those Eyes b/w You’re Too Young in the mid 60’s.

After a few recordings with Southern Sound, West and his band switched and signed with Vanguard Records. Stepping away from their previous folk and jazz sounds, they released a single under the new label called I Can’t Make a Friendーa song which is often regarded as one of their most recognizable hits. Eventually recruiting the help of music producer Felix Pappalardi, the group secured a deal with Atco, a subsidiary of Atlantic Records at the time; The Vagrants later released a cover of Otis Redding’s 1965 hit, Respect which garnered them much positive attention. A compilation album of the rock and blue-eyed soul group’s singles was released under Arista Records in 1987 entitled, The Great Lost Album. Following a few years of playing and recording together, West left the band to focus on other endeavours.

Leslie West’s Music Career with Mountain in the Later Years 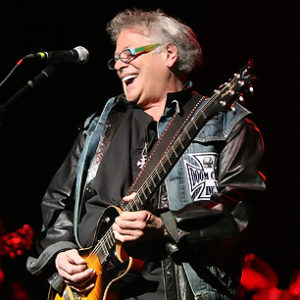 When Pappalardi expressed an interest in working with West, it was a huge sigh of relief as the latter had been unsatisfied and disgruntled with the lack of success of his initial project. Dropping his earlier R&B style, he took on a much harder style of rock and released a solo album entitled, Mountain with the help of Pappalardi, and two of his former bandmates Landsberg and N.D. Smart. Featuring prominent bass lines and West’s raw yet melodic vocals, the album was released in July of 1969 under the recording label, Windfall. Although its often referred to as a Mountain album due to its title, it is in fact, the guitarist’s first solo album. Produced by none other than Pappalardi, whom encouraged West to record the album in the first place, the album contained eleven songs; some titles from the disc include Blood of the Sun, Better Watch Out, Dreams of Milk and Honey and Because You Are My Friend, amongst others.

Following the release of Mountain, the pair began pondering about their next project. Eventually suggesting that the two of them go on the road, they put together a group consisting of Steve Knight, N.D. Smart and themselves. Naming themselves Mountain after West’s solo album, they started to perform various gigs in the West Coast; their big break as a band came when they were given the opportunity to play at New York’s Woodstock Festival in 1969. Met with enthusiastic applause, Mountain was warmly received by the crowds at the event. In spite of them having been a hit however, their music was ultimately not featured in the festival’s original live albumーit wasn’t until the later editions that their performances were included.

After their experience at Woodstock, Smart had a falling out with the group which caused him to be  replaced by Corky Laing, who had formerly been the band’s drum technician. With this new line-up, Mountain recorded and released first studio album together, Climbing! in 1970. Their official debut effort, it was favourably received upon its release; it managed to peak at number seventeen in the Billboard Top 200 Chart. Produced by Pappalardi, who was also on bass and the piano, the album showcased nine blues and hard rock tracks such as Theme for an Imagination Western, Never in My Life, For Yasgur’s Farm and Silver Paper, most if not all featured West on lead vocals. Also notable is the fact that Climbing! gave rise to the band’s best-known song, Mississippi Queen.

Their most successful single to date, Mississippi Queen was a major hit, having reached number twenty one on the Billboard Hot 100 upon its release in 1970. When West and his bandmates began recording the song in late 1969, Pappalardi had insisted on a number of takes; growing weary, their drummer began counting off the song with a cowbell; approving of the unplanned addition, Pappalardi ultimately left it in the intro of the song. Mountain’s best performing single to date, it went on to peak at number twenty-one on the US Billboard Top 100 Chart.

In January 1971, West and his band released their second studio album entitled, Nantucket Sleighrideー its title a reference to the act of being towed in a boat by a harpooned whale. Recorded at New York’s The Record Plant in late 1970, the album featured nine songs including Don’t Look Around, Tired Angels, Travellin’ in the Dark (To E.M.P.) and The Great Train Robbery. Praised for the blend of classical and rock in its title track, Nantucket Sleighride was another commercial success for Mountain; it peaked at number sixteen on the Billboard 200, an improvement compared to their 1970 Climbing!, and soon sold over 500,000 copies within the United States. As of May 1971, the album received Gold certification from the RIAA, making it their second disc to achieve such a feat (their first being that of Climbing!).

Later that same year, Mountain released their third full-length album, Flowers of Evil in November 1971. Their first live album, it also included original material on the second side of the disc. Met with modest reviews, Flowers of Evil is often regarded by fans to be the last creative album before the waning of the band in the eventual years. Although it wasn’t as successful as their preceding efforts, the album did achieve number thirty-one on the Billboard 200. From there, the group took a three year break before returning to the scene with their fourth studio album, Avalanche in 1974. Following its lukewarm success, it wasn’t until over a decade later that they reunited to come out with Go For Your Life in 1985. Since then, they have released three more full length albumsーMan’s World (1996), Mystic Fire (2002) and Masters of War (2007). 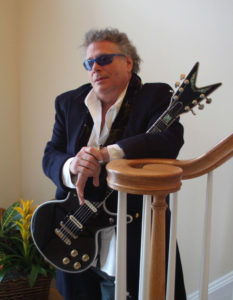 In November 2015, West released his sixtieth studio album, Soundcheck, putting forth new material for the first time in two years. Working in collaboration with a few famous friends, the album featured the vocals of individuals such as Peter Frampton, Brian May and the late Jack Bruce. Although Soundcheck incorporated much classic rock, it also stayed modern with elements such as distorted guitar and looping electronic sounds. Combining both covers and original songs, Soundcheck showcased eleven tracks; a few stand outs include Left By the Roadside to Die, Here for the Party, Stand By Me and Eleanor Rigby. While the album didn’t quite make the charts, there’s no doubt that it’s something to be excited about for fans of West.

Aside from his music, headlines were also made regarding West’s leg amputation a few years ago. According to multiple reports, the vocalist had required an amputation following complications from his diabetes. After the procedure, West made it known that he’d been recuperating at a rehabilitation facility in New Jersey, where he was taught “how to live without the leg”, which was removed just above the knee. Remaining optimistic despite the ordeal, the last update that we’ve heard is that he’s been undergoing regular therapy sessions to help develop strength back in his upper body and left leg.

If you’d like to stay up to date with the founding member of Mountain, you can do so by following Leslie West on social mediaーyou can find the vocalist and guitarist on Twitter under his username @lwestmountain. Alternatively, you can also visit his official Facebook page for some of his latest news!