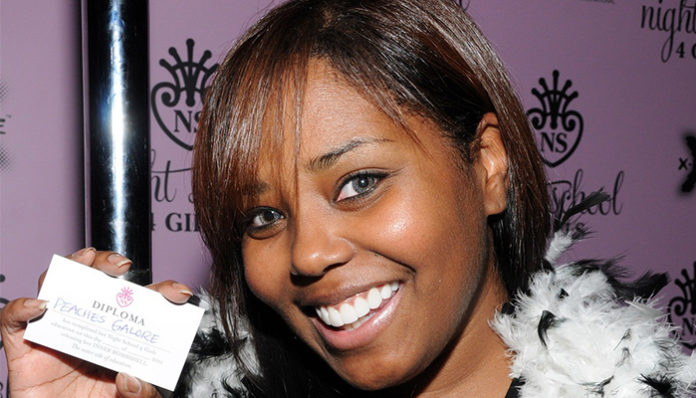 Shar Jackson is an American actress who is best known for her portrayal of Niecy Jackson in the UPN sitcom, Moesha. A performer ever since she was a toddler, Jackson first began to act at the tender age of three as a member of the Al Fann Theatrical Ensemble. Although she later branched out into modelling , she ultimately decided to further pursue her love for acting when she was eleven years old. Under the wing of Bob Feldman, she fine tuned her dramatics and soon landed multiple national commercials in the 80’s. Not long after that, she received her first role on the small screen in the comedy series, Roc in 1993; she was eventually cast in the shows CB4 and Tall Hopes later that same year. Slowly making herself known in the industry as a young actress, she continued to guest star in several television series including Getting By (1994), On Our Own (1994), Minor Adjustments (1995) and The Parent ‘Hood (1995).

A few years after her official debut as an actress, she received a breakthrough when she secured a lead role in the American sitcom, Moesha. A commercial success, the award-winning comedy garnered millions of viewers and played a significant part in the launching of Jackson’s acting career. In between the filming for Moesha, she also took on a number of side projects; some of the other series which she took part in during the latter part of the 90’s include Smart Guy (1998), Sister Sister (1998), Clueless (1999) and The Parkers (199). In 2000, Jackson also appeared on the big screen for the first time in the romantic drama film, Good Burger (1997) opposite actors Kel Mitchell, Kenan Thompson and Abe Vigoda. Since then Love & Basketball (2000) and Stepping: The Movie (2009) have also been added to the list of credits under her name.

Aside from her time on Moesha, Jackson is also well recognized as the winner of the American reality series, Celebrity Rap Superstore. Originally aired in the summer of 2007, the competition saw the dark skinned beauty as she went up against other celebrities in the show biz such as Kendra Wilkinson, Sebastian Bach, Perez Hilton, Countess Vaugn, Jason Wahler, Efren Ramirez and Jamal Anderson. Following a series of intense rap battles, Jackson ultimately came out as the winner in October 2007. Speaking of reality television, she has also starred in Search Party (2000), Ex Wives Club (2007) and Celebrity Fit Club (2010).

So what has the actress of Moesha fame been up to these years? What are some of her more recent projects? What happened to Shar Jackson? Where is she now in 2018? 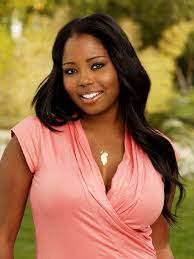 Born on August 31, 1976, in Boston, Massachusetts, Sharisse aka Shar Jackson is the daughter of a Cherokee and African-American mother and a Puerto Rican and Mexican father. A naturally gifted performer, Jackson enrolled in the Al Fann Theatrical Ensemble and took to acting during her preschool years at the age of three. While she continued to act, she also eventually began modelling for various agencies such as those for John Robert Powers, Barbizon and Ubiquitous. At the age of eleven, Jackson began training in the art of acting under Bob Feldman, the father of Corey Feldman. With her love for acting bigger than that of modelling, she soon decided to focus solely on pursuing a career as an actress.

Through the Al Fann Theatrical Ensemble which she had been a part of ever since her early childhood, Jackson quickly landed multiple commercial gigs on national television during the 80’s. When she was seventeen, she was cast in her first on-screen role in the drama series, Roc (1993). That same year, she also portrayed a couple of minor characters in CB4 (1993) and Tall Hopes (1993). Slowly delving deeper in the show business, Jackson appeared in a series of TV series the following year including Getting By (1994),My So-Called Life, On Our Own (1994) and Me and the Boys (1994); she also made an appearance as a recurring character for the first time in the comedy, South Central (1994). From there, Jackson found herself gradually cast for more roles including that of Carol in Hangin’ with Mr Cooper (1995) and Lynette in The Parent ‘ Hood (1995). However despite her onscreen opportunities during the early 90’s, it wasn’t until she landed a major part in the UN sitcom, Moesha that she first began to rise to stardom.

Shar Jackson’s Breakthrough as an Actress in Moesha 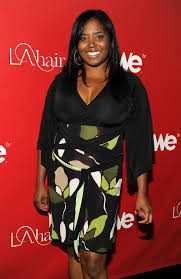 A few years after first stepping foot in front of the cameras, Jackson received a breakthrough in a career when she was cast as a recurring character n the American sitcom, Moesha. Created by Vida Spears, Sara V. Finney and Ralph Farquhar, the sitcom originally premiered in January 1996; although it was originally ordered as a pilot for CBS, it ended up being rejected by the network. Set in the neighbourhood around Leimert Park, in Los Angeles, California, Moesha revolved around the life of a middle class African American family through the eyes of Moesha, a teen who like many around her age, is trying to find her place in life. While actress Brandy Norwood played the role of Moesha, Jackson portrayed the part of her best friend, Denise aka Niecy Jackson, who started off as a recurring character in the first season but was eventually promoted to a series regular by the second season. Other major cast members include William Allen Young, Sheryl Lee Ralph, Countess Vaughn, Marcus T. Paulk and Lamont Bentley.

A huge success upon its airing on television, it had millions of viewers tuning in to their screens every week; at the peak of its popularity in 1997, the third season of Moesha garnered an average of four million audience members. One of the greatest hits to have ever graced the UPN network, the sitcom received countless awards and nominations during its run including two Image Awards and a SHINE Awards. Noted for incorporating real-life themes such as drug use, teen pregnancy and death, the situation comedy continued for well over a hundred episodes; it ultimately ended after a five year run in May 2001. To this date, Jackson’s portrayal of Niecy in the series remains to be one of her best-known roles as an actress. 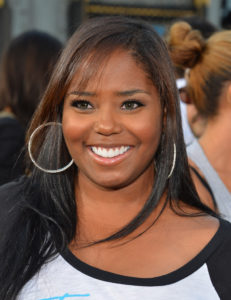 While filming for the UPN sitcom, Jackson who was now in her early twenties, also took time to involve herself with other television projects. In 1998, she guest starred in an episode of Smart Guy, a series which featured actor Tahj Mowry playing the role of a child genius. A few months afterwards, the actress appeared as a minor character in the third season of the family drama, Achy Breaky Heart. Fast forward a year, she reprised her role as Denise Jackson in a Moesha crossover episode of, Clueless (1995). A spoof to the popular Scream movie series, the Halloween-themed episode followed the main protagonists of the show as they tried to catch a stalker. Fellow Moesha co-star, Lamont Bentley also made an appearance in the episode.

In terms of projects on the big screen, Jackson played the role of a supporting character in the comedy film, Good Burger which opened in theatres in July 1997. Starring Kel Mitchell and Kenan Thompson, it centred around two teenagers who found themselves working to save a fast food restaurant which they’re employed at after the opening of a new burger joint across the street. Although the family comedy did not garner much positivity from critics, it was a success at the box office, having grossed $23.7 million from a $8.5 million budget. In the movie, Jackson portrayed the part of Monique, an employee at Good Burger who eventually becomes the love interest of Ed, the main male protagonist.

In the summer of 2007, the actress stepped away from acting and turned her attention to reality TVーmore specifically, Celebrity Rap Superstar. Hosted by Liz Hernandez and Kevin Hart, the competition series revolved around a group of celebrities who are taught the ways of rapping by professional rappers. Every week, the contestants then perform a rap song in front of a panel of judges (Big Boy, Da Brat and DMC), who then have the power to select who to eliminate and who to move on to the next round. Broadcasted every Thursday on MTV, Celebrity Rap Superstar featured Kendra Wilkinson, Perez Hilton, Sebastian Bach, Jason Wahler, Countess Vaughn, Jamal Anderson and Efren Ramrez as they faced off against each other every week. After a few close matches, Jackson eventually came out as the winner on the final episode, which aired on October 18, 2007; for her final song, she performed a rendition of Kanye West’s Good Life.

A few years later, Jackson starred in a VH1 reality show called Celebrity Fit Club. Based on the original British series which first aired in 2002, it followed two competing teams of four, each of whom are given physical challenges in attempts to try to lose a set amount of weight by the end of the competitionーof course, the teams are also supervised and monitored by a team of psychologists, physical trainers and nutritionists. The actress made her appearance in the sixth season of Celebrity Fit Club in 2010, where she was grouped with Bobby Brown, Nicole Eggert and Jay McCaroll as part of the red team. Although her team ultimately did not come out winning, Jackson was successful in losing 18 lbs throughout the course of the series. 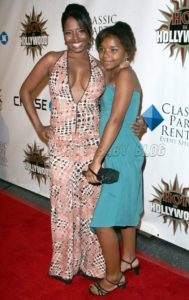 In January 2016, it was announced that the actress of Moesha was fame was going to star in a new reality series called, The Mother Daughter Experiment: Celebrity Edition. Premiered on March 1, 2016 on the Lifetime cable network, the show featured six pairs of mothers and daughters who wished to rekindle their broken relationships with each other with the help of therapist, Dr. Debbie Magids via exercises and therapy sessions. In the series, Jackson’s feelings of over-protectiveness over her daughter Cassie are addressed, as are the issues of the other featured mother/daughter pairs. The Mother Daughter Experiment: Celebrity Edition eventually came to an end on July 5, 2016 after eight episodes.

Besides her time on reality TV, Jackson also recently hosted an Independence Day Salute to the Troops Concert, by American Idol winner Fantasia. The event which took place on the Fourth of July weekend at Fort Hamilton’s Bluff, was a special gift to troops present at the U.S. Army Garrison at Fort Hamilton; immediately following the show, a stunning firework display also lit up the sky.

If you’d like to stay up to date and connected with the actress of Niecy Jackson fame, you can do so by following Shar Jackson on social mediaーyou can find her online presence on Instagram under the username @shar_jackson or on Twitter under the handle @sharjackson! Remember to also check out her official website (sharjackson.net) for some of her latest news!