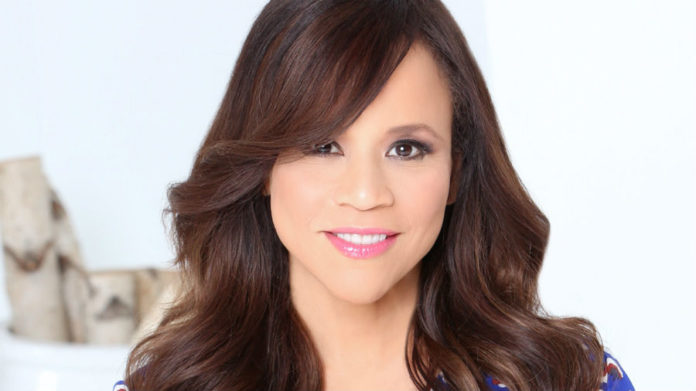 Rosie Perez is an award-winning actress and dancer whose career of almost 30 years is marked with a good number of films, shows, and choreography work. Outside of the camera Perez is a fierce activist who campaigned against the dangers of AIDS and in support of its victims.

Before we take a look at the latest regarding Perez, let’s first revisit her life and her journey towards stardom.

Rosa Maria Perez was born on September 06, 1964, in Brooklyn, New York. Her parents Ismael and Lydia left their respective spouses and lived together in an apartment for a couple of months before calling it quits. Shortly after giving birth to Perez her mother dropped her off to her aunt Tia and disappeared. Perez was raised by Tia for three years before her mother came back to take her and had her live in an orphanage ran by nuns, and the kids there weren’t treated kindly. Sometimes she was allowed to visit her mother who subjected her to further abuse.

Perez left the orphanage in her early teens and lived with her paternal aunt Ana. Perez studied at Grover Cleveland High School and the bullying she experienced there made her move to Los Angeles to help her struggling cousin who raised two kids. The experiences she had during her childhood contributed to the development of her speech disorder.

The living arrangement with her cousin proved to be more stressful than Perez expected. She moved out and supported herself with different jobs while pursuing a degree in biochemistry. Perez found full-time employment as a babysitter and secretary and things became pretty much stable for her, but fate had other things in mind for her direction.

Perez frequented nightclubs to let off steam by dancing. During one of these seemingly ordinary nights talent scout Chuck Johnson saw Perez and was impressed by her dance moves. Johnson then invited Perez to perform in the variety show Soul Train in 1982 and this served as her television debut. She had to adapt to a lot of changes like a new set of wardrobe and doing a different dance routine aside from hip-hop which she was familiar with. She performed for a few years; however she had a heated disagreement with the host Don Cornelius which led to her storming out of the show.

Prior to her dustup with Cornelius, Perez was approached by Louil Silas, a representative from MCA Records. Silas offered her work as a choreographer for dancer Bobby Brown who was about to start a solo career. Perez accepted and soon enough she choreographed for other groups during the late 80’s when hip-hop was becoming a trend. Perhaps her most notable gig as a choreographer was during the early 90’s with the dance troupe Fly Girls for the first four seasons of the comedy series In Living Color, and for this she earned an “Outstanding Individual Achievement in Choreography” nomination three times during the Primetime Emmy Awards in 1990, 1992, and 1993.

After her departure from Soul Train Perez decided to leave Los Angeles but not before paying one last visit to a nightclub named Funky Reggae for a farewell party of sorts. Director Spike Lee was also in the same club where he held a “butt contest” to promote his 1988 musical film School Daze. Perez was disgusted by it and decided to express her distaste by jumping on stage and shaking her rear end until the bouncers asked her to stop. Her effort wasn’t for naught as Lee found it amusing, and this earned Perez an invitation to audition for the director’s upcoming film Do the Right Thing. The film was released in 1989 and was Perez’s debut in the big screen.

In 1991 she was cast as one of the stars in the film Night on Earth which earned Perez a nomination for the “Most Promising Actress” award from the Chicago Film Critics Association. The next year she appeared in White Men Can’t Jump which again earned her additional nominations. Perez bagged five “Best Supporting Actress” awards for her work in the 1993 drama Fearless.  She finally had her lead role in the 1994 romantic drama Somebody to Love. After a few more films Perez ended the decade with The 24 Hour Woman (1999) wherein she both starred and was one of the co-producers.

During the 2000’s Perez appeared in a fair amount of movies. She also lent her voice in animated films like The Road to El Dorado (2000) and The Hero of Color City (2014). She made her debut in Broadway in 2003 with the play Frankie and Johnny in the Clair de Lune.

In the small screen Perez appeared in shows such as WIOU, Frasier, and Lipstick Jungle, with the latter earning her a “Best Actress in Television” ALMA award nomination. She provided voices for characters in the animated shows Go, Diego, Go!, The Cleveland Show, and Penn Zero: Part-Time Hero. She served as one of the co-hosts in the talk show The View in 2014 and left a year later.

In 2009 Perez suffered from a herniated disc while shooting scenes for the series Law & Order: SVU as a guest star. She was handled roughly by one of the extras which resulted in injuries on her back and neck, plus nerve damage. The injuries led to two surgeries and Perez had to stop working for a year to recover. She filed a personal injury lawsuit targeting the show’s producers which was settled in 2012.

During the onset of the 90’s some of Perez’s personal acquaintances have contracted AIDS. Since then she had become a staunch activist in support of AIDS victims and in the fight against the dreaded condition. Perez visited high schools in New York to give lectures about AIDS and the importance of practicing safe sex.

As the years passed by Perez participated in several fundraising events and donations. In 1996 she urged politicians to become more attentive towards the growing health crisis during the Central AIDS Walk, and this act helped raise millions of funds in support of the organization Gay Men’s Health Crisis. Perez even slammed certain celebrities for not utilizing their popularity in increasing awareness regarding AIDS.

In 2000 Perez’s mother Lydia suffered from deteriorating health due to AIDS. She supported her mother financially and was also present in Lydia’s deathbed. Perez continued her fight against AIDS with increased fervor, appearing and directing the public service announcement “Join the Fight” in 2006, and delivering a lecture in Hamilton College shortly after the PSA’s release.

For her efforts Perez was sworn into The Presidential Advisory Council on HIV/AIDS by President Barrack Obama in 2010. Also, one of the awards from the Hispanic AIDS initiative Cielo Latino was named after her (Rosie Perez Fuerza Award).

Perez also supports educational initiatives and is among the members of the Urban Arts Partnership’s Artistic Board.

Let’s see what Rosie Perez is up to now this year.

Perez was included in the cast of the upcoming drama Pure where she will be portraying a DEA agent. The show will start shooting in November and will be aired in 2017. She is also set to appear in the comedy film Active Adults, and in the documentary The Talk.

Perez appeared in the debut episode of Moltissimo alongside journalist Ben Anderson. The cooking show can be watched on the Munchies channel of VICE.

Perez joined several bigwigs in Broadway last June to record a version of the Jackie DeShannon song “What the World Needs Now Is Love”. Proceeds derived from the single were donated to Central Florida’s GBLT Community Center and to support the victims of the deadly shooting at the Pulse nightclub last June 12.