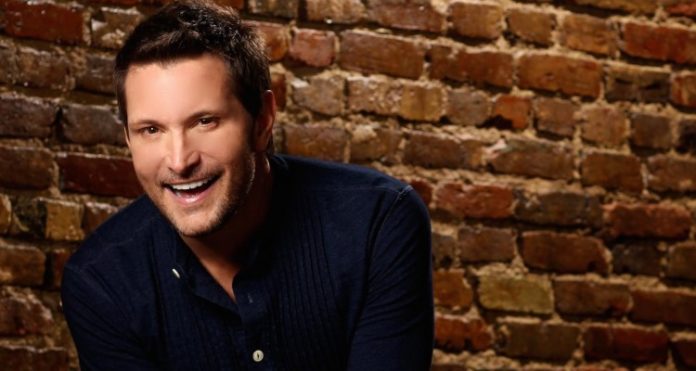 Ty Herndon is a country singer who’s behind hits like “It Must Be Love” and “What Mattered Most”. His career of two decades has spawned eight studio albums and twenty singles, and he didn’t let controversies and problems stop his tracks.

Before we check out the latest regarding Herndon, let’s first take a look at his journey towards stardom and how he never gave up in chasing his dreams.

Born in Meridian, Mississippi, on May 02, 1962, Bord Tyrone Herndon spent his childhood days in Butler, Alabama. He grew up in a religious home and was surrounded by music. His grandmother Myrtle Todd a former staff of the radio station WHSL for 40 years, while his mother Peggy and her sisters Benny and Lilly were known as “The Todd Sisters” and had their own show as well. Soon enough Herndon was bit by the music bug and he learned how to play the piano at the tender age of five. He also joined the church choir where he sharpened his vocal cords by singing gospel songs, and won a talent show at seven years of ages. The young Herndon then realized that he wanted to pursue music as his career.

Herndon finished his studies at Austin High School then flew to Nashville, Tennessee, to look for opportunities in music. He found his place in the early 80’s at the amusement park Opryland USA where a band named Grizzly River Boys performed. They were initially supposed to do a one-time promotion of the park on television but the boys gained enough popularity to make them a regular part of Opryland. The band’s name was changed to Tennessee River Boys and Herndon served as the lead vocals, alternating with his bandmates Danny Gregg and Matt Davenport.

Aside from the band Herndon provided his voice on radio jingles and vocals on some records. He even got the chance to perform in military bases thanks to the United Service Organizations show with Bob Hope. Herndon left the band a few years later to join the show Star Search. However his decade-long stay in Music City was not all sunshine and rainbows as Herndon faced rejections, harsh words, recording attempts that just fizzled, and a bad deal that resulted in the loss of his mother’s house. Burning with determination, Herndon left Nashville and relocated to Dallas, Texas, in 1988.

In this new environment Herndon found work in honky-tonks throughout the city. Eventually Herndon gained a good number of fans and he became the frontman for the group Ty Herndon and Ride the West. He focused his life in music but things proved to be moving at a snail’s pace. Herndon was starting to feel burned out and was ready to quit music once and for all when fortune suddenly took a turn to his favor.

In 1993 Herndon’s efforts was lauded with the “Texas Entertainer of the Year” award. During the awarding ceremony Herndon was given a calling card by a representative of label Epic Records. Herndon inked a contract with them three months later. He spent 1994 constructing his debut album and a sample of his work was released in February 1995 with the single “What Mattered Most”. The song peaked at the country charts of Billboard and RPM in Canada, and it was added to the playlists of more than a hundred radio stations of country music. However critical reception was mixed.

His debut album of the same name followed in April and it debuted at the top spot of the Billboard Heartseekers Albums chart. It also broke history for the Nashville division of Epic Records by having the most number of shipments in its first week. What Mattered Most sold half a million copies which earned it a Gold certification despite lukewarm critical review.

1995 was also a controversial year for Herndon. On June 13 he was arrested by an undercover cop in Fort Worth after an alleged case of indecent exposure. Herndon was also found in possession of meth. Immediately he entered rehab and cancelled a scheduled tour for the summer. The world of country music thought Herndon’s career was dead even before it got to the heights of success, but the singer proved otherwise after recovering from his addiction. He returned to the stage in late 1995 in a tour with country singer Wynonna Judd, and he actively campaigned against the dangers of drugs in Drug Abuse Resistance Education (DARE) programs and in schools.

The next year Herndon released his second album titled Living in a Moment which peaked at number six on the Billboard Country Albums charts. It contained hits like “I Have to Surrender”, “Loved Too Much”, and “She Wants to Be Wanted Again”. Herndon thanked his supporters during his troubled times with the song “Renewing the Faith”. The album fared better in terms of critical reviews and was also certified gold. Herndon roared through 1996 and 1997 with a tour that took up around 200 dates. He ended the decade with two more albums namely Big Hopes (1998) and Steam (1999), but the latter was not as successful as his earlier works.

Herndon slowly faded from the spotlight at the onset of the next decade. He was plagued by problems in the early 2000’s and he no longer made new music or appearances. 2002 saw Herndon release the single “Heather’s Wall” which was supposed to be the lead for his next album. However the song failed to perform well which led to the cancellation of the said planned album. Herndon then released a greatest hits album with only one song, and its failure to make it to the Top 40 resulted in his departure from Epic Records.

In 2003 Herndon released an album for the Yuletide season titled A Not So Silent Night under the record label Riviera. Herndon spent 2005 and 2006 touring all over the United States with no new material for now. In 2007 he released Right About Now under a new record label Titan Pyramid Records, and it was one rank shy of reaching the top 40 of the Billboard Top Country Albums. Herndon also released his second holiday album this year titled A Ty Herndon Christmas.

Herndon jumped to the Christian genre in 2010 with his album Journey On and most of its tracks were written or co-written by him. The album was nominated for a Grammy award but was beaten by The Reason from Diamond Rio (the former Tennessee River Boys). One of its tracks “When We Fly” received the Best Bluegrass Recorded Song award during the 2010 Dove Awards.

In 2013 Herndon released Lies I Told Myself and was supported by a Kickstarter campaign that raised around $54 thousand. The album showcased Herndon’s return to the same old tunes that made him famous throughout the 90’s. It was well-received but only managed to peak at number 75 on the charts. The next year Herndon came out of the closet and introduced his partner Matt Collum.

Let’s see what Ty Herndon is up to now this year.

Herndon announced his upcoming album House on Fire which contains 12 fresh new tracks. Some of its songs were debuted during the music festival Nashville Meets London last August. The album will hit the shelves on November 11 and pre-ordering has already begun since October 14.

Herndon held a Reddit AMA (Ask Me Anything) last October 25 where he answered many questions from fans. You can read it here. Also on October 25 he released the music video of his new single “Fighter”.

Herndon is scheduled to perform live at Washington during the first week of November, and in Nevada during the last week of December. In January 2017 he will be again in Nevada then in Vermont.