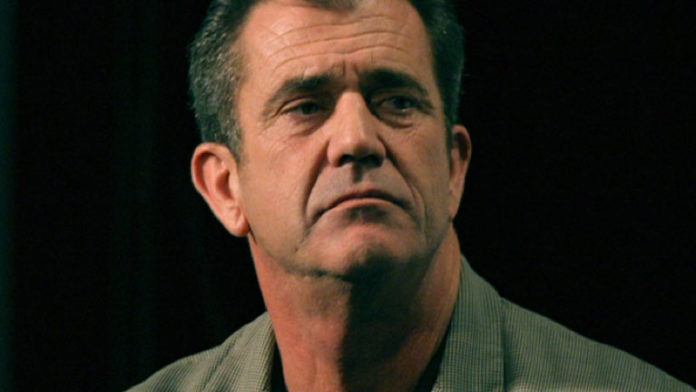 For a few decades, Mel Gibson was one of the biggest names in Hollywood. Whether he was in front of the camera or behind it, Gibson was a part of many films that are considered to be deeply culturally significant today. However, following recent controversy, Mel went on a long hiatus from the entertainment industry. Does this mean that the world has seen the last of Mel Gibson’s artistic vision? In this article, I’ll talk a little bit about Mel Gibson’s rise to fame, while also making sure to provide you all with a brief update as to where he has taken his career in recent years. Without further ado, let’s find out what happened to this former Hollywood star.

Mel Gibson was born in January of 1956 in Peekskill, New York. He was the sixth of eleven children, and when he was just twelve years old his family made a move to Sydney, Australia. Mel’s paternal grandmother was actually from Australia, and the Gibson family moved there largely for economic reasons. Outside of that, Mel’s father hoped that moving to Australia would keep his kids from being drafted in the Vietnam War. Living in Australia, Mel went to high school at St Leo’s Catholic College. When he graduated, he went to study at the National Institute of Dramatic Art in Sydney. This was an interesting school for Mel to attend, since the acting program involved classical training in British theater as opposed to training for appearing in film or television. 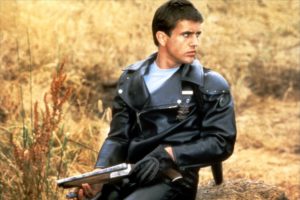 As a student with the National Institute of Dramatic Art, Mel acquired a great deal of stage experience. He appeared in productions of Romeo and Juliet as well as A Midsummer Night’s Dream. While he was the tail end of his college career, Gibson acquired a role in the film Summer City, which premiered in 1977. He was not especially well-paid for his role in the film, but it still constituted Mel’s film debut. Following the release of this film, after his graduation from the National Institute of Dramatic Art, Mel Gibson got his hands on what would be one of his most iconic roles as Max Rockatansky in Mad Max. The film, which was meant to take place in a post-apocalyptic Australia, was seeking out a lesser known actor to star. Mad Max‘s casting director invited recent graduates from the National Institute of Dramatic Art to try out for the role, and Mel Gibson’s audition impressed.

Once Mel was done with Mad Max, which would go on to become a massively successful movie upon its eventual release in 1979. Before Mad Max released, Gibson also made appearances in smaller films like I Never Promised You a Rose Garden and Tim. He also had a very small role in the Australian film The Chain Reaction, where he didn’t actually receive a credit during the movie’s title sequence. Following the monumental success of Mad Max, Gibson was given the opportunity to reprise his portrayal of Max Rockatansky in Mad Max 2. Although the Mad Max series was independently financed, it was an international success, and it helped to surround Mel Gibson in buzz from around the world. In the years to come, Gibson would appear in many, many other films, and his work in them would be critically acclaimed. 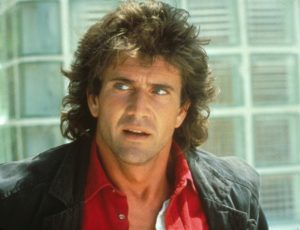 In 1981, Gibson would make an appeared in Gallipoli, which would be one of his first roles to receive legitimate critical praise. His work in the film resulted in him winning an award for Best Actor in a Leading Role from the Australia Film Institute, which is nothing to sneeze at. He appeared as Max Rockatansky again in Mad Max Beyond Thunderdome in 1985. Although this film was not nearly as well-received as the previous two Mad Max installments, it only strengthened the foundation of Mel Gibson’s abilities as a Hollywood action hero. This foundation would be put to serious use in 1987 with the release of Lethal Weapon. Starring alongside Danny Glover, Lethal Weapon would be Gibson’s first appearance in an American movie. The film was a massive box office success, and it put the actor “Mel Gibson” on the map of many American filmgoers.

This would certainly not be the last time that Mel would appear in an American film. In 1988 and 1989, we appeared in the movies Tequila Sunrise and Lethal Weapon 2, both of which would go on to be enormous commercial successes. In 1990, Mel made the interesting career decision of returning to his roots by appearing in the film Hamlet, in the production’s titular role. The role proved to be a massive undertaking for Gibson, who was more well-known for his action roles at the time. Although his casting was initially met with confusion and jeers, he proved himself to be a genuinely versatile actor with his performance. 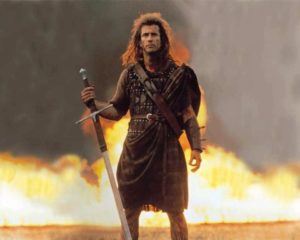 In 1995, Mel made his first major foray into directing. Today, Gibson is known for both his talents as a director and as an actor. With the release of Braveheart, Mel Gibson wasn’t just someone who could play an action hero. He was a seriously talented dramatic actor, and someone who had a keen eye for many aspects of the filmmaking process. Braveheart won Gibson two Academy Awards: one for Best Director and another for Best Picture. Gibson’s career began to slow down a little bit following that release, with his next major appearance coming in 1998 with Lethal Weapon 4. The next massive film credit on his resume came in 2004, with the release of the controversial, commercially successful film The Passion of the Christ. Although many people believe that this film’s merit can be debated for hours on end, no one can deny that it was a huge financial success. The movie made $611 million worldwide.

The next big movie to come from Gibson was in 2006, with the release of Apocalypto. He received further critical acclaim for his work on the film, but a few years into the future, his legacy and reputation was smeared by a controversy. In 2010, an audio tape was leaked to the public where Gibson went on a rant laden with profanity, sexism, racism, and antisemitism. It pretty much ruined his career, especially considering that he had been accused of harboring those prejudices for much of his life. Following this large controversy, Gibson made the decision to take a long hiatus from directing. Although he appeared in a couple of films following the incident, some felt that he would never be able to recover in the public opinion due to his misconduct. Did those people turn out to be right? What is Mel Gibson doing now? 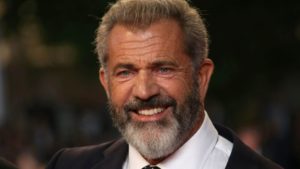 Although it will definitely be a long and difficult road, Mel has been making the steps to restore his public image. In 2016, he returned to the director’s chair with the release of Hacksaw Ridge. Hacksaw Ridge, which carried a strong anti-war sentiment and starred Andrew Garfield, didn’t make a lot of money, but still received praise from film critics. Many see the film as being Gibson’s return to grace as a filmmaker. As far as future projects go, Mel apparently has a couple of different projects in the works. In June of 2016, he announced that he was going to be making a sequel to The Passion of the Christ sometime in the future. Several years ago, it was also alleged that Mel would be working on a film similar to his previous historical films that focus on the age of Vikings. Regardless, it looks as if the world has not yet seen the last of Mel Gibson as a big time movie director.