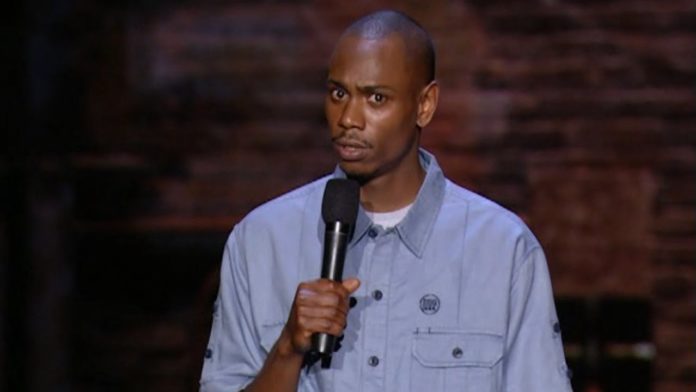 During the 2000’s, most everyone had heard of the comedian Dave Chappelle. Rising to prominence through various film roles, and through his original sketch comedy program, Dave was one of the more popular comedians of the time. However, once The Chappelle Show ended, he seemed to drop off of the map. In recent years, Chappelle has made a strong effort to make a strong return to entertainment. What has he been up to? In this article, I’ll talk a bit about Dave’s rise to fame and fall into relative obscurity, while also making sure to cover what he has has been doing more recently.

David Chappelle was born in August of 1973 in Washington, D.C.. Dave grew up predominantly in Silver Spring, a town in Maryland. Although neither of his parents were in politics, the household itself was very politically active, which would obviously inform much of his later work. He became interested in comedy at an early age, and he was heavily inspired by comedians like Eddie Murphy and Richard Pryor. Unfortunately, Dave saw his parents divorce at a young age, and so he split his time between Washington and Ohio. He spent most of his time in Washington with his mother, opting only to spend summers in Ohio with his father. Chappelle did well in school, and he was eventually able to graduate from the Duke Ellington School of the Arts, specializing in theatre arts. In the years to come, he would rely quite heavily upon his education to help him jumpstart his career. 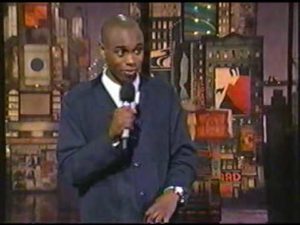 Following this graduation, Dave officially decided that he wanted to pursue a career in comedy. Since neither Washington nor Ohio were particularly well-known for their comedy scenes, Chappelle made the decision to move to New York City. In one of his earlier stand-up routines, he decided to attend an Amateur Night night at the Apollo Theater, where he was actually booed off stage. Although an experience like this may have traumatized most aspiring comedians, it actually inspired Dave to work even harder toward his dream. He perfected his routine, and over the years, he saw his local popularity increase rapidly. By the time he was just 19 years old, he was becoming a well-known name in the New York comedy world. Like most young entertainers, Dave eventually took his career to film.

He made his film debut as “Ahchoo” in the popular film Robin Hood: Men in Tights. In a humorous series of events, Dave Chappelle was actually offered a role in the film Forrest Gump, which he declined, believing that the film would be a dud. Dave shopped around to see if there were a place for him in television. He made a guest appearance on the sitcom Home Improvement that was so popular that ABC gave him a spin-off show called Buddies. However, due to some issues in production, the spin-off was never able to get off of the ground. Despite that minor failure, he still was able to have successful appearances in movies like Con Air, and The Nutty Professor (where he worked alongside Eddie Murphy, his idol). One of his greatest mainstream successes was when he was able to star in the film Half Baked, a stoner film that he helped to write. Together, all of these credits came together to create a strong mainstream identity for this young comedian.

In 2003, Comedy Central allowed Chappelle to air his own sketch comedy show, fittingly titled Chappelle’s Show. The first two seasons of the show were highly praised by critics and viewers alike, as it featured both black comedians and black musical artists. Guest stars included celebrities like Jamie Foxx, Rashida Jones, Lil Jon, Questlove, Cee Lo, Ice-T, and many more. For a time, many would argue that it was the most popular show on Comedy Central. However, Chappelle grew irritated with the popularity of the program. Viacom apparently offered Dave $55 million to continue producing Chappelle’s Show for another two years, which he wasn’t too excited about, since he wasn’t fond of the sketch format. His disdain towards Chappelle’s Show only grew as time went on. 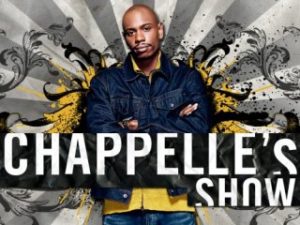 Famously, in 2004, Dave lost his temper on stage during a stand-up routine. The audience members were loudly quoting lines from Chappelle’s Show, which he found distracting and disrespectful. He went on a bit of a tirade, storming off stage before returning to explain that he felt as though the television show had stunted his career in a major way. Not only did it take up a lot of his time, but he felt as though he was having to dumb his material down in order to appeal to a television audience. Following this incident, he announced that he would not be working on season 3 of Chappelle’s Show. He was annoyed even more when the mainstream media theorized that his exit was due to drug addiction, when it was really just for personal reason. Leaving the show confused many of his fans, and it involved Dave walking away from a substantial amount of money.

In the years to follow, Dave Chappelle mostly just flitted in and out of the spotlight. He made occasional appearances in television and in stand-up, but he wasn’t as constantly in the limelight as he was when Chappelle’s Show was airing. When questioned as to why he decided to leave Comedy Central, Dave was completely honest. To begin with, he felt like the show was taking up too much of his time. His father passed away during the show’s production, and he felt like he never had the proper time to mourn his death. Outside of that, he wasn’t too fond of the material that he ended up producing for the show. As a program with such racial ties, Dave felt terrible when he realized that some of the bits in Chappelle’s Show gave people the ability to laugh at jokes that were well and truly racist. He couldn’t continue to work on the program in good conscience.

However, that is not to say that he abandoned comedy entirely. Starting in 2013, Dave took some serious steps to restore the popularity of his former career. In 2014, he appeared in New York for the first time in many years, holding ten nights of shows at Radio City Music Hall. In 2015, he made his first major film appearance in many years when he had a role in Spike Lee’s film Chi-Raq. Although none of these things really brought him to the same level of monumental fame that he saw during the 2000’s, they are still very good, solid steps to helping him return to his former glory. What has Dave been doing in more recent years to revitalize his career? Let’s find out.

Well, Dave has definitely kicked things into a whole other gear in terms of restoring his career. In November of 2016, Dave made his hosting debut on the popular sketch comedy program Saturday Night Live. Just a couple of weeks after this appearance, Netflix announced that Chappelle would have three comedy specials will release to their platform in 2017. The first special will be a Netflix exclusive, and the other two will be older, never before seen specials from Chappelle himself. All three of these are currently set to release simultaneously in 2017. Although Dave Chappelle’s career has seen some major bumps in recent years, his fans can rest assured in knowing that he is working hard to build himself back up again. If things proceed as planned, 2017 could prove to be a massive year for this established comedian.