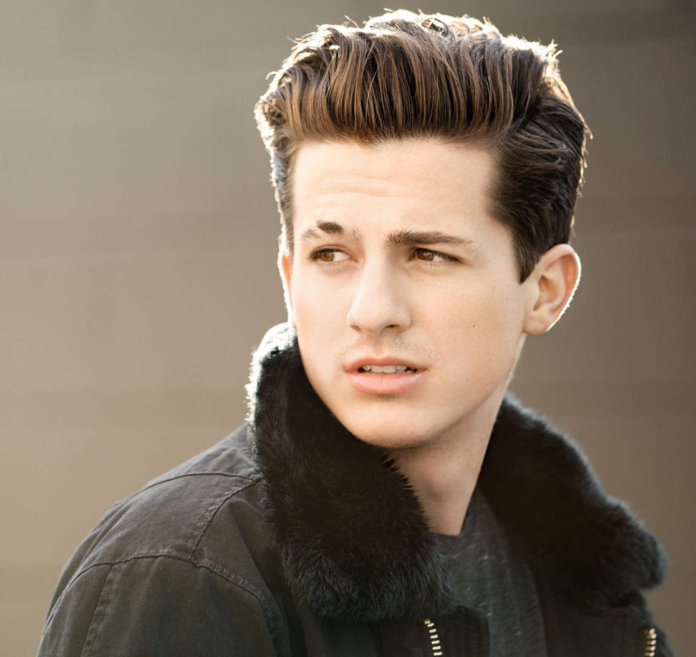 Charlie Puth is best known for being an American song writer and singer. Born on December 2nd, 1991, this 25 year old singer started out like many other rising artists nowadays. Starting out on YouTube, Charlie would upload covers and videos regularly with the hopes of being recognized. One day, his dream turned into a reality when he was contacted by a professional in the business who could help him get his foot into the door. After a series of hit singles, Charlie Puth released his first full length album in 2016 entitled Nine Track Mind, which was a huge success all around the world.

How Did Charlie Puth Get Famous?

Charlie Puth became famous by entering a contest that was sponsored by Perez Hilton, someone with a huge social media presence. Puth won this competition and gained a lot of publicity. His YouTube videos were getting all time high viewer counts and he was getting a lot of offers, although not all of them serious. Eventually, he put his first official single entitled “Break Again” starring Emily Luther. The song and video both received a ton of publicity and was quickly rising as a top viewed video. The pair went on to The Ellen DeGeneres Show to perform where he again, gained a lot of needed publicity.

Puth would go on to perform a few celebrity concerts and donating a large portion of his proceeds to a blood cancer foundation. Charlie even made his own independent play entitled Ego, which he made free to stream online. He has also made and performed a lot of songs for famous YouTubers such as Shawn Dawson and Charles Trippy.

All of Puth’s hard work would pay off when in 2015 he would sign a record deal with Atlantic. His first single out of this new record company was “Marvin Gaye” which featured another upcoming artist, Meghan Trainor. This single went on to receive platinum status and has been featured at a top spot on the Billboard Hot 100 list. The next part on Puth’s journey was when he was commissioned to write a song for the Furious 7 movie. Puth took this job with an honor as his song was dedicated to Paul Walker, who died in a tragic car accident. The song, “See You Again” went on to be one of the top viewed videos on YouTube when it was released. See You Again also landed a number on spot on the Hot 100 list for 12 weeks.

Puth wouldn’t stop there, working with many other very popular artists in 2015. 2015 was definitely Puth’s year, working with artists such as Trey Songz, Jason Derulo, Lil Wayne, and CeeLo Green. He was a featured artist on many different albums and would be recognized as one of the biggest up and coming artists of the year. When he wasn’t adding new songs to his resume, Puth was on tour all around the world&  receiving all kinds of great publicity.

Outside of music, Charlie Puth has been featured in many different acting roles. He played himself in the television sitcom Undateable which had an average of 4 million viewers. Puth also guest stared on the reality show “The Voice” as an advisor to the contestants on the television show. On top of these television cameos, Puth has starred in a number of music videos. He was the lead actor in Meghan Trainor’s music video “Dear Future Husband” which again put his name out there for more people to see. On top of music videos Puth has also stared on shows like The X Factor, Girls, Super girl, and Saturday Night Live.

On top of staring in television shows, Puth has also written scripts for several different television shows and movies including Barbershop: The Next Cut, and Penguins of Madagascar. Without a doubt, Puth has surprised us all by showing everyone he can do more than just sing and perform. He’s definitely shocked myself by being able to manage going on tour, writing for shows, and coming up with new, unique music. 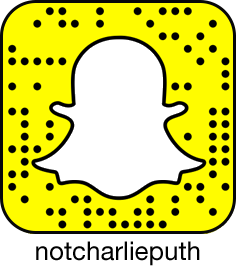 This is the only official snapchat from Charlie Puth, he has posted on Twitter saying that fans can follow him and get behind the scenes information on his tours and his daily life by adding him on snapchat. So if you are following a Charlie Puth on snapchat, make sure that you check it with ours to make sure it’s the real Charlie Puth!

Keep in mind that these are all of the official accounts associated with Charlie Puth, so be sure to double check any of the sites that you check out with the official ones we have here! With a following of over 5 million, Charlie Puth has shown us that he has a ton of followers who love him and support everything he does!

Youtube – You can find some of his blog posts, music, and all kinds of other things he posts on his official YouTube page – https://www.youtube.com/user/CharliesVlogs/videos

If you want all of the most recent information surrounding Charlie Puth, I definitely recommend checking out his Twitter and Instagram first. He posts daily updating his fans on what he’s doing and where they can expect to find him. Adding him on snapchat is also a really great idea because you’ll get to see all of the things that he doesn’t normally post to social media websites.