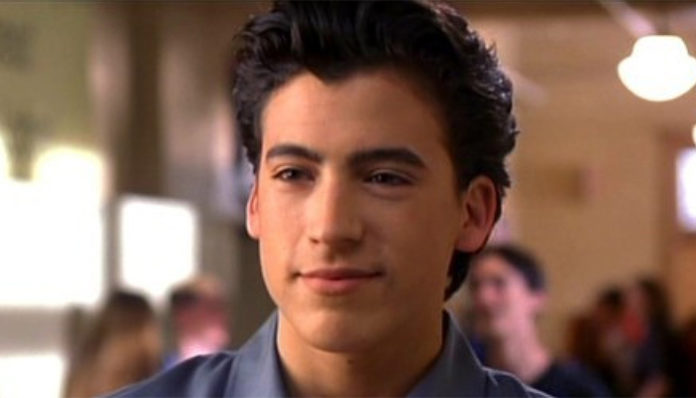 Handsome and charming, Andrew Keegan has graced the screens on several television series and films such as Party of Five (1997), 7th Heaven (1997) and The Broken Hearts Club (2000). The son of a voice-actor, he began his career as a child modelーposing for several advertisements including that for Gerber baby foods. Many commercial gigs later, Keegan began landing guest roles on the small screen; for instance, he appeared in The Halloween Tree (1993), Empty Nest (1994), and Baywatch (1994). At the age of fifteen, the young actor also made his feature film debut in the comedy flick, Camp Nowhere (1994) where he played alongside Jonathan Jackson, John Putch and Christopher Lloyd. Later that same year, he was cast as a series regular in the ABC sitcom, Thunder Alley (1994)ーa role which earned him a Young Artist Award nomination in 1995. From there, he made minor appearances in Freaky Friday (1995), Full House (1995), and Moesha (1996), before landing a breakthrough with The WB series, 7th Heaven (1997). His first time on a major TV show, it garnered Keegan some much-needed exposure as a budding actor at the time.

While he was still filming for 7th Heaven, Keegan received another break when he was cast as a recurring character in the Fox teen drama, Party of Five (1997). Portraying the role of Reed Isleyーa hunky football player, he was ultimately on the show for eight episodes. Continuing with acting career, he later starred in the television film, Teenage Caveman (2002)ーa low budget science fiction horror movieーwhere he acted alongside Tara Subkoff, Tiffany Limos and Richard Hillman. Keegan then appeared in a video short of To Kill a Mockumentary (2004), before making a guest appearance as a medical student in the popular medical drama, House (2005). That same year, he was also cast as a minor character in the comedy drama, Related (2005)ーone which he played for a total of four episodes. Some of the other television works that he’s been involved with include CSI: NY (2010), Fight Night Legacy (2012), CSI: Crime Scene Investigation (2012), and Adam and Jamero (2014).

So what has the former child actor been up to? At thirty seven, is he still trying to make it big in the show business? What are some of the newest projects that he’s taken on? What happened to Andrew Keegan? Where is he now in 2018?

Andrew Kegan’s Early Life and Entry into the Show Business 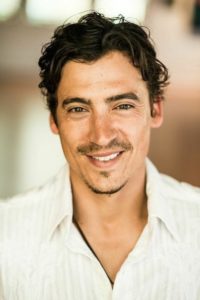 Born on January 29, 1979 in Los Angeles, California, Andrew Keegan Heying is the son of Lana Ocampo and Larry Heyind, a hairdresser and a voice actor; the oldest out of two children, he has a younger brother named Casey who also works in the show business. When he was still in diapers, he landed a modelling gig for a series of Gerber baby food advertisements.

As a young child, he continued to appear in various commercials, after which he began making guest appearances in a number of television shows. In 1993, Keeganーwho was fourteen at the timeーmade his official acting debut in the TV series, Baywatch. The following year, he played a small role in Empty Nest (1994), prior to appearing in his first motion picture, Camp Nowhere (1994).

Continuing to walk toward stardom, Keegan then landed his first recurring role in the ABC sitcom, Thunder Alley (1994), where he was cast as one of the series regular. Playing alongside actors such as Edward Asner and Felicity Huffman, the young actor ultimately received some much-needed exposure from the series; in total, he appeared in seventeen episodes. From there, he returned to making guest appearances, this time in the popular sitcom, Full House (1995) and in the made-for-television film, Freaky Friday (1995). Over the next few years, Keegan went on to appear in Step by Step (1995), Moesha (1996), Independence Day (1996), and Sabrina the Teenage Witch (1996). At the age of eighteen, he received a big break when he was cast as a supporting role in the hit TV series, Party of Five (1997). 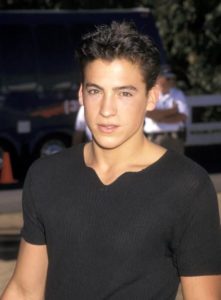 While it wasn’t his first time playing a recurring character, it was his first time taking part in an immensely popular TV series. Created by Amy Lippman and Christopher Keyser, Party of Five was critically acclaimed and had already won numerous awardsーincluding a Golden Globe Awardーby the time Keegan had joined the ensemble cast in 1997.

Originally premiered in 1994, it centered around five siblingsーCharlie, Bailey, Julia, Claudia and Owen Salinger, who must find their way in life with the help of each other after the tragic death of their parents. In the Oscar-nominated show, Keegan played the part of Reed Isleyーa handsome, high school football player whom Claudia, eventually pursues. After making his debut in the episode entitled, “What a Drag” (Episode 1, Season 4), he continued to appear throughout the season until “Parent Trap” (Episode 13, Season 4)ーwhich marked his last appearance in the series.

Ever since it hit the screens on September 12, 1994, Party of Five have proved itself to be hugely popular amongst critics; for instance, TV Guide had named it as “The Best Show That You’re Not Watching” just a year after its premiere. At the peak of its popularity during the fourth seasonーwhich consequently also happened to be when Keegan joined the castーthe Fox drama series attracted well over 11 million viewers. By the time it ended in the summer of 200, after six seasons, Party of Five had netted more than 30 different award nominationsーamongst which were six wins. Although Keegan’s role in the show was supporting at best, it remains to be one of his best-remembered portrayals on television to this day.

While he was working on Party of Five, Keegan managed to land another recurring role in The WB series, 7th Heaven (1997). The brainchild of Brenda Hampton, it followed the lives of the Camden Family, led by patriarch Reverend Eric Camden, who also happened to be the town’s Protestant ministers. Joining the cast towards the end of the first season, Keegan portrayed the part of Wilson Westーthe on-and-off boyfriend of Mary Camden, the oldest daughter in the family. As a supporting character, he first appeared in the twenty-first episode of season one, “Dangerous Liaisons: Part 1”. Gracing the series with his occasional presence, West later appeared from time to time in the second, third, fifth, sixth and ninth season.

Boasting an all-star cast, 7th Heaven starred Stephen Collins, Catherine Hicks, Jessica Biel, Barry Watson, Beverley Mitchell and David Gallagher. Released via The WB on August 26, 1996, its initial season ranked number ten, having garnered a little over three million viewers. Immensely popular, the drama quickly became one of the most-watched shows on the network; during its third season, it had reached a record breaking 12.5 million audience members! Showered with praise, it received numerous industry recognitions throughout its nine year run including a Primetime Emmy Award nomination in 1997. 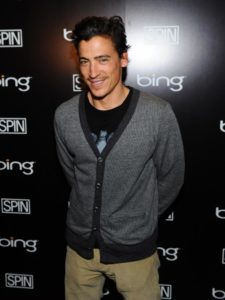 In the spring of 1999, Kegan co-starred in the romantic comedy, 10 Things I Hate About You alongside Larisa Oleynik, Julia Stiles, Joseph Gordon-Levitt, and Heath Ledger.

A modern adaptation of Shakespeare’s The Taming of the Shrew, it centred around a popular teen named Bianca Stratford (played by Oleynik), who finds herself unable to date until her older sister, Katarina (played by Stiles) manages to find herself a partner. In the film, Keegan played the part of Joey Donnerーan affluent high school senior who intends on having a sexual relationship with Bianca; later on, he hires Patrick, a fellow classmate, to date Katarina in attempts to date her younger sister.

Released in theatres on March 31, 1999, 10 Things I Hate About You was a commercial success, grossing more than $8 million at the box office during its opening weekend. Averaging approximately $3600 per venue, it ranked number two, only behind The Matrix (1999). Well received by both critics and casual theatre goers, the film’s cast garnered much praise for their captivating performances in the comedy. Nominated for seven Teen Choice Awards, 10 Things I Hate About You was later hailed as the top High School Movie by Entertainment Weekly. By the end of its run, it had earned over $53.5 million against a budget of $30 million. 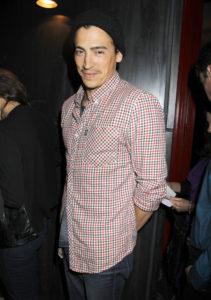 A couple of years later, Keegan once again landed himself in another box office hitーa drama film called, O (2001). Based loosely on Shakespeare’s Othello, it centered around a talented high school basketball player at an upper class prep school. While Mekhi Phifer took on the role of Odin James, the student in question, the film saw Keegan as Michael Cassioーhis fellow basketball teammate. Joining the two in the cast were Josh Hartnett, Julia Stiles (with whom he worked with in the previous movie), Elden Henson and Rain Phoenix.

Made available in theatres on August 31, 2001, O was a moderate hit, earning $6.9 million in its opening weekend across 1400 screens in the United States; it later went on to gross $19 million worldwideーclose to three times that of its production budget of $5 million. Met with generally favourable reviews, many viewers praised it as a wonderful rework of Shakespeare’s classical play. The winner of a Golden Space Needle Award, O currently holds a 6.2/10 rating on IMdb.

It’s been a while since Keegan has made an appearance on the big screenーhis last role being in that of April Rain in 2014. However, we’ve got some good news: it looks like the actor whom we’ve all grown to love will be making a comeback this upcoming year. According to his IMDb page, he will be co-starring in the film, Living Among Usーa horror directed and written by Brian A. Metcalf. Scheduled to be released in March 2017, it will center around a documentary crew who finds themselves in danger after being tasked with interviewing a family of vampires. Joining Keegan in the cast are Esme Bianco, William Sadler, John Heard, Thomas Ian Nicholas and Jordan Hinson.

If you’d like to stay-up-to-date with the celebrity star, you can do so by following Andrew Keegan on social mediaー you can find him on Twitter at @keegan_drew.