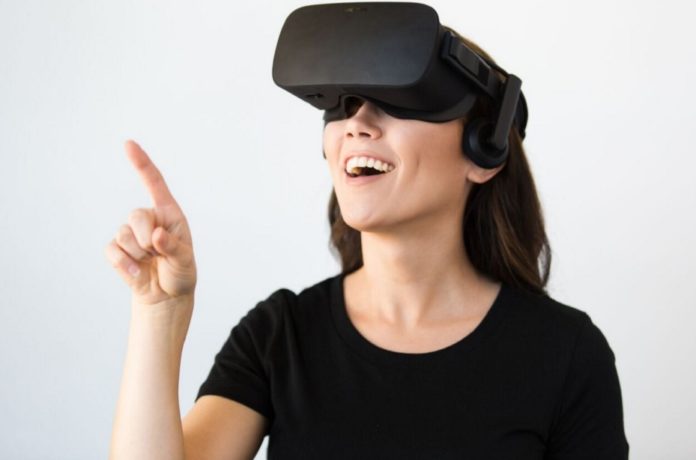 Virtual Reality was all the buzz in this last year, and I have a feeling that the hype surrounding this upcoming technology will continue through 2018. If you’re someone who recently bought yourself one of these pricey, impressive headsets, then I’m sure you’re on the hunt for things to use it for. What are some of the best games that support virtual reality? In this article, I’m going to be talking some of the best and most popular games available for virtual reality systems. Keep in mind that the rankings here are purely subjective, and that there are many more than ten great virtual reality games out there. Without further ado, let’s take a closer look at some of these games. 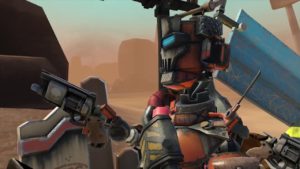 Although Hover Junkers isn’t the most polished VR game out there, it still serves as an excellent proof of concept for multiplayer first-person shooting in a virtual reality game. This shooter is well-balanced, and it controls surprisingly well. Some have argued that traditional first-person shooter play may not translate very well to VR, but I personally feel as though this game disproves that theory. The only issue that I have with Hover Junkers it that, as a multiplayer game, it’s kind of barren. Virtual reality gaming hasn’t completely caught on yet, and so lobbies tend to be on the empty side. However, I don’t think that it’s entirely fair to judge a game based on the popularity of its platform. With that issue aside, Hover Junkers is a fine first-person shooter.

Rhythm games are fun, and they belong to one of the most popular genres in gaming. Audioshield is probably the best rhythm game available to virtual reality users, utilizing the HTC Vive’s vibration capabilities to make it feel like you’re really getting hit by the music. Audioshield allows you to import your own music into the game, which theoretically gives it infinite replay value. Although I admit that this game is kind of on the basic side, I honestly think that this is one of the best ways to possibly experience a rhythm game. Even if you aren’t a fan of the genre, this is one of those games that is incredibly easy to learn but difficult to master. It’s great for families and hardcore rhythm fanatics alike. 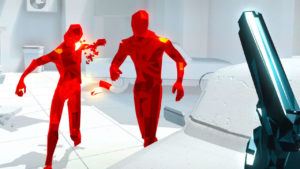 When Superhot was first released, I immediately thought about how perfectly it would work in virtual reality. If you’re unfamiliar with this popular indie game, Superhot is an unusual first-person shooter where the world only moves when you move. Launching along with the Oculus Touch, this game runs and feels really, really smooth. Superhot is already an innovative title, and bringing into a virtual reality space takes it to a whole other level entirely. This is a match made in heaven, but I can’t help but feel like, just like the original game, there could be so much more content. It’s just a little too short. However, the content that is there is really top-notch. 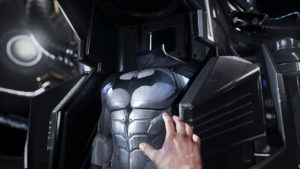 Batman: Arkham VR was a highly anticipated title, meant to release alongside PlayStation VR. The game takes place in the same universe of the critically acclaimed Batman: Arkham video game universe, and fans of the series were excited to get their hands on it. The virtual reality mechanics here don’t involve a lot of action, admittedly, but it’s still an incredible and immersive way to experience an Arkham story. Although PSVR doesn’t have hardware nearly as beefy as that of an HTC Vive, this title still looks really good. It’s unclear as to where the game actually takes place in the series’s chronology, but some suspect that it occurs either after Arkham Asylum or Arkham City. The only real issue that I have with this title, again, is that it’s a little too short. 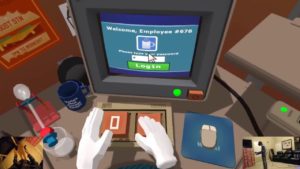 Unlike the others games that I’ve already mentioned, Job Simulator has plenty of content. Job Simulator originally launched with the HTC Vive, and it was considered to be something of a tech demo. It’s proven to be a lot more than that. This game lets you play as a mechanic, a chef, a store clerk, and an office worker. Each of these “levels” offer entertaining, replayable content. One of the most highly praised aspects of this game is its humor. The freedom that the player is given allows for all kinds of wacky and interesting scenarios. Although Job Simulator definitely does showcase a lot of the capabilities of virtual reality video games, it does so in a very polished and fresh way. I would like to rank this game higher, but I personally think that there are a few other titles that function better as overall games. 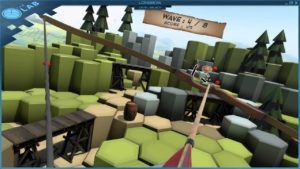 Like Job Simulator, The Lab is a game that originally debuted as a demo more than anything else. It allows users to play around in a ton of different environments and settings. The more popular games include Longbow, Xortex, and Robot Repair. The levels obviously show off a lot of what virtual reality games are capable of, but the variety of minigames never feels too shoehorned in, to me. It’s all neatly packaged within a single product, and although art styles clash across different levels, it’s presented in a fun way nonetheless. Altogether, I would say that The Lab is roughly equivalent with Job Simulator in terms of overall quality. However, this game receives a higher rating because it’s completely free. If anything, I respect Valve for understanding that, if something can be perceived as a tech demo, it might as well be as inexpensive as a demo. 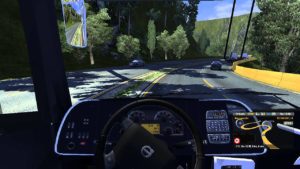 I’ll admit that Euro Truck Simulator 2 isn’t a game for anyone. As the name of the game suggests, it involves driving cargo through Europe and delivering that cargo to its destination. It may not sound like the most exciting thing in the world, but the game actually has a massive following among PC gamers. This title has developed a reputation for being a game that’s just as relaxing as it is fun, and so virtual reality integration really brings its immersion to another level. By using a VR headset with this title, players are able to completely immerse themselves in the world of Euro Truck Simulator 2. This game won’t get your heart going like some of the other games on this list, but I think there’s something to be said about it nonetheless. 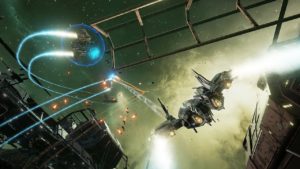 Eve: Valkyrie is kind of like the exact opposite of Euro Truck Simulator. This game is an extension of the hit Eve Online MMORPG, which is based in a science fiction universe. The controls of this game are phenomenal, and everything looks so amazing that some people advise virtual reality beginners to avoid this one at first. Everything happens on screen so quickly and in such realistic detail that people will be made physically ill by it, if they aren’t use to virtual reality. When you launch this game, you’ll really feel like you’re sitting in the cockpit of a futuristic spaceship. Eve: Valkyrie is an outstanding game, but it has been criticized for having a lack of content. Arcade mode is fun enough, but some people understandably want more out of this breathtaking world. If you’re fine with having a more shallow overall experience, then I think that this game is perfect for you.

#2 – Keep Talking and Nobody Explodes 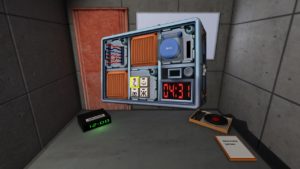 Keep Talking and Nobody Explodes delivers a gaming experience like no other. If you aren’t already familiar with this game, allow me to explain. One person is responsible for defusing a bomb. Another person (or a team of people) reads off an elaborate manual to guide the person through defusing it. It may sound like a simple premise, but the convoluted nature of this game’s puzzles creates a whole other set of problems. Keep Talking and Nobody Explodes creates a uniquely social experience in the VR space, which I can really appreciate. This is a game that you can enjoy during a party just as much as you can enjoy it with a close friend. The mechanics of the game are easy to learn but incredibly difficult to master, and there are many different levels available for people of different levels of expertise. Overall, this is one of the more innovative games that I’ve seen in virtual reality. 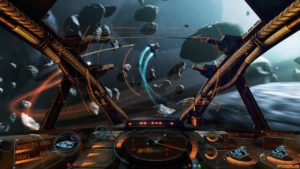 When I was first drafting this list, I thought that it would only make sense that the best virtual reality game listed would be the best overall game listed, too. Although Elite: Dangerous can be played without a headset, I think that it’s fair to say that it is best experienced with one. This space simulation game offers an incredible, immersive, 1:1 scale science fiction experience. Whether you want to participate in space combat or intergalactic trade, this game has it for you. Elite: Dangerous is rapidly increasing in popularity, and this space sandbox has the potential to become one of the bigger multiplayer games of all time. I mean that in both a literal and figurative sense. Virtual reality makes this experience even more realistic than before, and the open-ended nature of Elite: Dangerous really shines when you feel like you’re actually living in the game’s universe. Overall, this is probably the best game that you can play in VR right now.

That closes out my list of the top 10 best VR games. As I said before, there are some excellent virtual reality games out there that I wasn’t able to mention. Did I happen to snub one of your absolute favorites? Feel free to go into the comments section below and talk about your favorite virtual reality games.