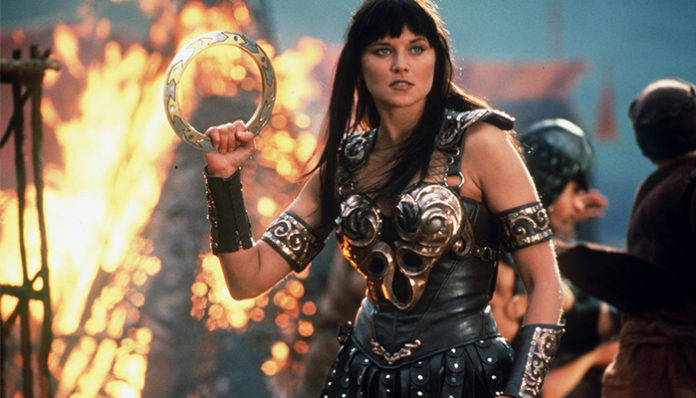 Best known for playing the title character in the series, Xena: Warrior Princess, Lucy Lawless first rose to fame in the mid 1990’s. Although she didn’t start acting until she was in high school, she did step onto the stage for a musical when she was ten years old. Following her graduation, she went to Auckland’s Marist College briefly before deciding to embark on a cross-continent adventure with her then-boyfriend. At the age of nineteen, she made her television debut in the New Zealand comedy series, Funny Business (1987), after which she began studying at the William Davis Centre for Actors Study in Vancouver, Canada. Continuing to hone her craft over the next few years, she appeared in a number of series (albeit playing minor roles) throughout the early 90’s including: Shark in the Park (1990), For the Love of Mike (1991), The Ray Bradbury Theatre (1992), and The New Adventures of the Black Stallion (1993). In 1991, Lawless also appeared in her first feature film, The End of the Golden Weather.

After many years of playing guest roles, the actress’ big break came when she was cast as a heroic warrior in the adventure drama, Hercules: The Legendary Journeys (1995). Warmly welcomed by fans of the show, her character rose quickly in popularityーin fact, she grew so popular that a spin-off was later created with her in mind called, Xena: Warrior Princess (1995) in the fall of that year. Widely praised by viewers, the series successfully garnered Loveless much widespread acclaim as an actress; it also garnered her multiple accolades including an Online Film & Television Association for “Best Actress in a Syndicated Series” (amongst three nominations), and a Saturn Award nomination for “Best Genre TV Actress” in 1997. Despite the fact that the fantasy series ended back in 2001, it remains to be one of her best remembered roles on television.

Since then, Loveless has also starred in the television series Battlestar Galactica (2005), Spartacus: Blood and Sand (2010), Spartacus: Gods of the Arena (2011), and Spartacus: Vengeance (2012). In the more recent years, she has also taken on a recurring role in the NBC sitcom, Parks and Recreation (2014). Aside from her work on the small screen, she has also appeared in several films including Spider-Man (2002), Boogeyman (2005), Dragonlance: Dragons of Autumn Twilight (2008), Justice League: The New Frontier (2008), Bedtime Stories (2008), and Bitch Slap (2009). A veteran actress of many years, she has been involved in over sixty different projects throughout her professional careerーshe has even starred in a handful of reality programmings such as Celebrity Duets (2006), RuPaul’s Drag Race (2009), and New Zealand Idol (2004).

So what has the actress of Xena: Warrior Princess fame been up to lately? Where has her work brought her to in the recent years? What are some of her latest roles? What happened to Lucy Lawless? Where is she now in 2018?

Lucy Lawless’s Childhood and Eventual Career in the Show Business 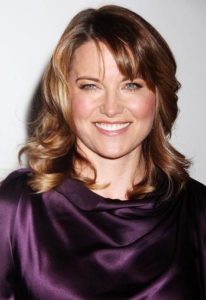 Born on March 29, 1968, in Auckland, New Zealand, Lucy Lawless (Real Name: Lucille Frances Ryan) is the daughter of Frank and Julie Ryan, a banker and a school teacher; the fifth oldest out of six children, she has one sister and four brothers. In a later interview, she revealed that her father originated from a small fishing village in Ireland and that her great-grandfather had gone to New Zealand as a convict.

Growing up in a large, Catholic family, she spent most of her childhood in the suburb of Mount Albert. When she was ten years old, she starred onstage for the first time in a school musical. Despite this, it wasn’t until she was a high school student, that she began to pursue acting. Following her graduation, she went to Marist College briefly, before going on an “overseas experience”ーtravelling across Australia and Europeーwith her future husband.

From there, Lawless eventually made her television debut in the New Zealand sketch comedy, Funny Business (1987)ーafter which she headed off to Vancouver to study drama at the William Davis Centre for Actors Study. In 1988, she married her then-boyfriend and gave birth to her daughter, Daisy Lawless; consequently, she took a step away from acting to spend more time with her family. After three years, she returned to the small screen as a guest character in the series, Shark in the Park (1990). Resuming her career, which she had previously put on pause, Lawless went on to appear in a handful of shows including For the Love of Mike (1991), The Ray Bradbury Theatre (1992), The New Adventures of the Black Stallion (1993), The Rainbow Warrior (1993), and Hercules and the Amazon Women (1994). Many years of hard work later, the actress received a big break when she was cast as a recurring character in the action drama, Hercules: The Legendary Journeys (1995).

In a stroke of luck, she had landed the role after Vanessa Angela, the original actress, fell ill and was unable to travel for shooting. Playing the role of a heroic warrior, Lawless’ character in the showーwhich was already on its sixth episode at the time of her debutーquickly proved to be popular among viewers. In fact, her popularity grew to be so great, that the network eventually created a spin-off, Xena: Warrior Princess with the actress in mind. 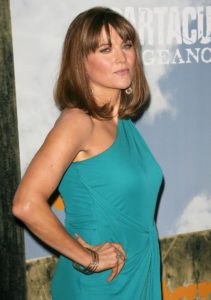 Created by Robert Tapert and R.J. Stewart, the fantasy television series originally aired in syndication on September 4, 1995. A spin-off of Hercules: The Legendary Journeys, it centred around the character of Xenaーa former warlord who is on a mission to redeem herself for her dark past by helping individuals in need.

Proving to be even more successful than its parent series, it was met with critical acclaim, many praising it for the presence of a strong, female lead. Hugely successful, the series has since become one of the highest-rated syndicated drama series in the history of US television. Included in TV Guide’s list of “Top Cult Shows Ever”, its title characterーplayed by Lovelessーhas also been hailed as “One of the Greatest TV Characters” by Bravo. A massive success, the series attracted close to eight million viewers at the peak of its popularity in 1997; it eventually spawned dozens of tie-in products such as video games, comics, and books.

While the show mainly centres around Loveless’ character, Xena: Warrior Princess also features many others in its cast list including Kevin Sorbo, Michael Hurst, and Renee O’Connor. Filmed on location in New Zealand, it has received numerous awards including five ASCAP Film and Television Music Awards, and a New Zealand Film and TV Award. For her dazzling portrayal of the warrior princess, the actress also garnered a Saturn Award nomination for “Best Genre TV Actress” in 1997. To this day, it remains to be one of Loveless’ best known portrayals on television. 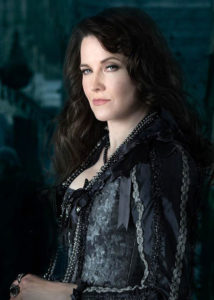 A few years after the arrival of the new millennium, Loveless returned to the small screen as D’Anna Biers in the science-fiction series, Battlestar Galactica (2005). Based on an earlier show of the same name from 1978, it took place in a distant star system, where humans have come to live on planets known as the Twelve Colonies; after an old enemy attacks, the crew of Galactica must protect the small civilian fleet as they journey towards Earth.

Originally released as a three-hour mini series in December 2003, Battlestar Galactica welcomed Lawless into its cast on the eighth episode of the second season entitled, “Final Cut”. In it, the actress played the role of Number Threeーa cyclone posing as a Colonial Fleet news reporter named D’Anna Biers. While she played the role of a recurring character, the series’ main cast consisted of Edward James Olmos, Mary McDonnel, Katee Sackhoff, James Callis, and Tricia Helfer.

Met with widespread acclaim, Battlestar Galactica received countless praises from publications such as The New York Times, National Review, The New Yorker, Rolling Stone and the Chicago Tribune. Mainly praised for its complex and propulsive storytelling, it ultimately continued for four seasons, spanning over seventy episodes. After making her debut in the show’s second season, Lawless’ character continued to appear throughout the series until last appearance in the eleventh episode of the fourth season.

In 2010, she co-starred in the television series, Spartacus: Blood and Sand alongside Andy Whitfield, John Hannah, Peter Mensah, Manu Bennett and Viva Bianca. Premiered on Starz on January 22, 2010, it depicted the story of one of history’s greatest gladiatorsーSpartacus. While Whitfield portrayed the role of the title character, Loveless played the part of Lucretia, the wife of Batiatusーa role which ultimately earned her a Saturn Award for the category of “Best Supporting Actress on Television” as well as a Golden Nymph Award nomination. Upon its debut, Spartacus: Blood and Sand attracted over 550,000 viewers to their screens, which was a record for the network at the time. Despite this, the series was mainly met with mixed reviews; while some described it as a “guilty pleasure”, others panned it for its “thin storyline”. Spartacus: Blood and Sand eventually came to an end on April 16, 2010 after a thirteen episode run.

Two Spartacus sequels later, Lawless was cast as a recurring character in the fifth and sixth season of the political comedy, Parks and Recreation (2009). Written by the same writers as The Office, it revolved around a group of Indiana public officials who employ a number of absurd antics in attempts to make their city a better place. Playing the role of Diane Lewis, a single mother who eventually falls in love with Ron, one of the main characters, the actress made her debut in an episode entitled, “How a Bill Becomes a Law” during season five. While the first season of Parks and Recreation struggled with ratings, viewership eventually went up as the series progressed; it currently holds an 8.6/10 ration on IMdb. 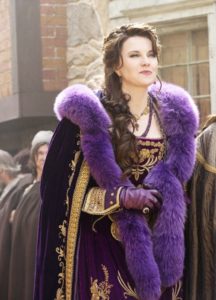 The actress had a couple of ongoing projects this yearーone of which was the supernatural drama series, Salem (2014). Based loosely on the Salem witch trials, it hit the screens on April 20, 2014 and was met with a mixed-positive reception. While the main cast consisted of Janet Montgomery, Shane West, Seth Gabel, Ashley Madekwe and Tamzin Merchant, Loveless portrayed the role of Countess Ingrid Palatine von Marburgーa recurring character which first appeared during the show’s second season. For her performance, she received a Fangoria Chainsaw Award nomination for “Best Supporting Actress on Television”. Salem was later cancelled on December 13, 2016.

Another series that Lawless has been working on is the comedy horror, Ash vs Evil Dead (2015). Premiered on television on October 31, 2015, it stars the actress as Ruby Knowbyーa figure cloaked in mystery, who is on a quest to seek the source of the recent evil outbreaks. Renewed for a third season on October 7, 2016, it’s known that Lawless will be reprising her character in the upcoming year.

If you’d like to stay up-to-date and connected with the celebrity star, you can do so by following her on social mediaーyou can find her on Twitter or Instagram at @RealLucyLawless.