Survivor 34 Cast – Who Are The Cast Members

We have all been waiting with high nerves to see who will come onto Survivor season thirty four, and we now have official information as to who was casted! If you do not want to be spoiled, I definitely suggest not reading past this point, but if you do not care, then enjoy! Without further adieu, here is the cast for Survivor Season 34, Game Changers – Mamanuca Islands. You might recognize some of the people featured on this list as 20 of them are returning players to the game. The show is set to debut in March of 2017 and will feature some twists this season!

The original idea behind Survivor 34 was that there were to be three tribes, which were to be divided by winners, jury members, and people who did not make the jury, but due to not being able to get enough people, the show had to improvise and instead made only two tribes this season. The cast, alongside which tribe they are in are noted below. 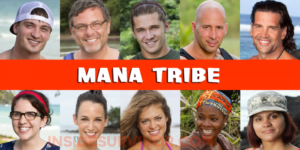 Aubry Bracco – This 31 year old contestant comes from Cambridge Massachusetts was contestant on Survivor: Kaoh Rong and Survivor Game Changers. She played her game by starting off as a quiet venerable member but would soon establish herself as a dominate player and forming powerful relationships, most notably with Tai. Her downfall came with her social game as she wasn’t able to get enough votes which would cost her the win in the end.

Caleb Reynolds – This 29 year old Army vet comes from Kentucky and was on the Kaoh Rong and Game Changers iterations of Survivor. He was very popular in the camp and almost everyone liked him, but he would eventually be forced to leave the show after suffering from a pretty serious case of heat stroke. Caleb was on the hit show Big Brother, where he would come in fourth place.

Ciera Eastin – This 27 year old cosmetology student comes from Salem Oregon and is best known for being a contestant on Survivor: Blood vs Water, Survivor: Cambodia, and Survivor: Game Changers.

Jeff Varner – Jeff is a 50 year old project manager who is best known for being a contestant on the show Survivor: Australian Outback and Survivor: Cambodia. Jeff was a well liked figure on both shows, but he would eventually be voted off for joining the wrong groups. 15 years after his first appearance on the show, he came back on Cambodia to show the world that he was back. Jeff had developed a new aggressive strategy to the game and showed everyone that he was not easily swayed and could not be bought. Jeff made it relatively far into the game, but was forced to go home after suffering from a foot injury that did not allow him to continue on in the game.

Malcom Freberg – Malcom is a 29 year old Bartender from California. He is best known for appearing on the Philippines, Caramoan, and Game Changers iterations of the game. Malcom was a fan favorite from the beginning on every show that he appeared on, but was never able to fully go all the way to the end. He would find that a love interest got in his way during his first appearance on the show, and joining a wrong alliance in the second. Malcom says that he has brought a new strategy to the game this time around, so we can only speculate what he will bring out this time around!

Hali Ford – Hali is a 27 year old Law School student and appeared on Survivor: Worlds Apart. She is remembered for being the fan favorite on the show and was always the person that people went to when they needed someone to talk to. From the beginning, everyone liked Hali, but her kindness would be taken advantage of which would cause her to be eliminated by an opposing tribe.

Michaela Bradshaw – Michaela is a 26 year old vacation salesman and is best known for being on Survivor: Millennials vs Gen X, and Survivor: Game Changers. Michaela surprised everyone when she excelled on the athletic challenges on the show. She was very loyal to her friends and often times dished out a lot of sass to the opposing team. Her strengths are what would eventually bring her down, as her own tribe would find her to be a threat and end up voting her off, fearing that she might go too far in the game.

Sandra Diaz Twine – Sandra is a 42 year old Office Assistant and mother of two. She appeared on Survivor: Pearl Islands, and Survivor: Heroes vs Villains. She is the only person to be a two time winner on Survivor, so she is very excited to carry on her legacy on Survivor 34. From the beginning, her game plan was clear, she was trying to take control of the tribes and made it a point to have an alliance with all of the other strong members of the game. She would win both times by being the friendly person who was very good at competing in competitions.

Tony Vlachos – Tony is a 43 year old police office from New Jersey. He is best known for being the winner of Survivor: Cagayan, but also competed on Survivor: Game Changers. Tony played a very rough game, and made himself known to be a threat from the very beginning. He was able to spy on his own teammates to know what they were up to so that he could plan ahead based on their actions. He would also play very randomly and never really form any strong alliances, and this is what many believe would cause him to win the game in the end.

Troyzan Robertson – From Miami Florida, This 50 year old is known for being a contestant ton the show, Survivor: One World. He made it onto the show by being a super fan of the show, and is remembered for being extremely competitive, and a fan favorite. From the beginning, he made a strong friendship with one person in particular, but made a lot of enemies, which resulted in him being voted off the island relatively early into the game. 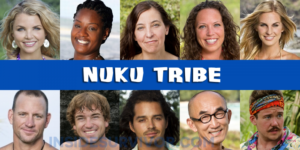 Zeke Smith – Zeke Smith is a 28 year old asset manager from Brooklyn, New York. He competed on Survivor: Millennials vs Gen X. He was best known for his outlandish behavior and extremely vibrant personality. Although he wasn’t a fan favorite when the show started, the fans would grow to like him just before being voted off in what seemed like a random act.

Andrea Boehlke – Andrea is a contestant from the show, Survivor: Redemption Island, and Survivor: Caramoan. She is best known for being the first female to ever win a Redemption Island duel and the first female to ever return to the show through a Redemption Island. In Caramoan, she played a very strategic game and was very intimidating to a lot of the other players. She was responsible for knocking off a lot of high profile contestants and was eventually voted off for being too strong of a player and making herself exposed.

Brad Culpepper – Brad was on Blood vs Water and being a former NFL player. His wife, Monica Culpepper, competed on Survivor One World where she would make it relatively far into the game. Brad is extremely athletic and having not so great social skills. He would rub players the wrong way and get on a lot of players nerves, which is what caused him to be voted off in a tie vote.

Sierra Dawn Thomas – Sierra is a 30 year old player from Utah and was on the Worlds Apart iteration of the game. She was a very hardworking member of the Escameca tribe and was known for being an extremely strategic player. She would make it very far into the game until it was down to only a few contestants. She picked the wrong person to side with an was ultimately voted off in a 4 to 1 vote.

Cirie Fields – She was on Survivor: Panama, Survivor: Micronesia, Survivor: Heroes vs Villains, and Survivor: Game Changers. She is known for appearing on multiple different iterations of the game and for her great intelligence. She always prided herself in her thinking abilities, and she definitely brought them to the games. She started off as the underdog, but made her way through the show with ease, although she would never end up getting to the finals on any iteration of the show.

Sarah Lacina – Sarah Lacina is from the iteration Cagayan and is best remembered for being blindsided at the beginning of a tribal merge. A lot of fans did not expect her to be voted off, and a lot of people were upset when she was gone.

Ozzy Lusth – Ozzy was on the versions: Cook Islands, Micronesia, South Pacific, and Game Changers. He is the most athletic competitor on almost every version of the show he was on, and his ability to socialize and make great friends. He is actually one of the most winningest competitors to be on the show in its entirety.

JT Thomas – JT Thomas was featured on the Tocantins version of the show. He was best known for his southern accent which he used to charm and enhance his social game. One of his best moments is when he broke a tooth and continued on to win the challenge that he broke it in. He was absolutely loved by fans and was the first person to win the game by not having a single vote cast against him in the entire season, and then receiving all of the votes at the final ceremony.

Tai Trang – Tai is a 52 year old gardener from California. He is best known for being featured on the Kaoh Rong and Game Changers version of the show. He was loved by fans and all of the people on the show, as he had an amazing sense of humor and charm. He had a lot of close friends on the island, and was able to get to the final of the show, but lost without receiving a single vote at the end. Though, he is still a fan favorite and fans all across the world are excited for him to appear on this 34th season of the show.

Debbie Wanner – Debbie is a 51 year old contestant from the show Survivor: Kaoh Rong. She was best known for her charming personality. She held power from almost the start of the show, but would join an all women alliance which would cause her to be blindsided and sent home near the end of the show.

There you have it! All you need to know and more on the upcoming season of Survivor! I hope you guys are excited as I am to see how this plays out and I know I personally have a lot of favorites in this season.