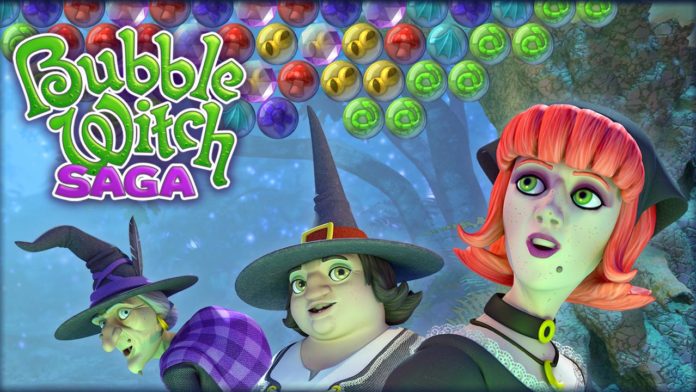 Bubble Witch Saga is a very popular game belonging to a genre of game known as bubble shooter. In Bubble Witch Saga, your primary goal is to clear a board by launching a bubble of one color at a cluster of bubbles that belong to the same color group. When you do this, the cluster will fall. It’s a very simple and very classic puzzle game format, and it’s shown to be very well-suited for mobile games. In this article, I’m going to be talking a little bit about some games that are similar to Bubble Witch Saga, so if you’re a fan of that game, then I have a strong feeling that you might like some of these. Without further ado, let’s learn a little bit more about some of these top-tier mobile puzzle games. 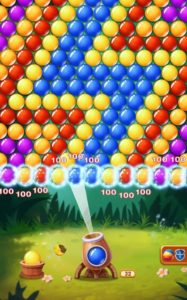 Bubble Blast is made by match_three, the same developers behind games like Cube Blast, Candy Jam, Pets Legend, and Diamond Line. It’s not much of a surprise that such a well-established developer would have such a gem in Bubble Blast. The premise of Bubble Blast is very similar to the premise of Bubble Witch Saga, although I think that there’s less of a cohesive “story” with this app than you would find in the latter game. This app is well-balanced, and it features hundreds of different levels for you to play through. When you play Bubble Blast, you’re able to use various power-ups, like Color Bubble, Aiming Line, Shield, and Fire Bubble, in order to increase your bubble blasting potential. All in all, I think that this is a really accessible and fun game. My only real complaint is the amount of ads that are present in the free version of this game. I understand that many free apps rely on advertisements to support themselves, but Bubble Blast oftentimes feels excessive in the ad department. It can be frustrating to accidentally click on one of the many ads that you need to get through in order to play a level, which can sometimes detract from the overall player experience. Aside from that, though, I don’t have any other major complaints. 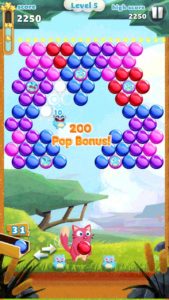 Speaking of reputable developers, Bubble Mania is a game produced by Storm8 Studios. If you don’t recognize this studio by name, then you might recognize them by some of their apps. Storm8 is the developer behind wildly popular mobile games such as Bakery Story, Slots, Monopoly Bingo, and many more. Bubble Mania is one of their most popular games, and it’s no wonder why. This game features over 700 levels spread out across many different islands, giving each “zone” its own special feel. If you’re someone who isn’t just motivated by the idea of progressing a story or earning medals, Bubble Mania offers weekly awards, which are awarded to people who collect puzzle pieces during the week. There are also certain social features that allow you to compare your high scores with your friends, making it a more competitive game all around. I really like the difficulty level of Bubble Mania, which is to say that it’s very well-balanced. Early levels aren’t intimidating, but later levels require some serious thought if you’re looking to walk away with a win. It’s a common pitfall in puzzle games for difficulty to be out of whack, so it’s really nice that Storm8 was able to avoid that one and craft a game that’s enjoyable without ever being too easy or too hard. 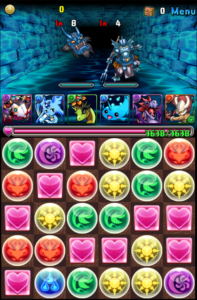 I really wanted to stick with bubble shooter games when I was drafting this list, but I just couldn’t resist writing about Puzzles and Dragons, which I believe to be one of the best puzzle games available on the mobile platform, period. Puzzles and Dragons is sort of a match-3 puzzle game, but it’s a lot more than just that. This creative game combines match-3 puzzle mechanics with that of a standard RPG, and the amount of content present in this game is absolutely ridiculous. It’s approachable enough to where I think any puzzle fan would enjoy it, but it’s also different enough to where I think you might also find enjoyment in it if you don’t like puzzle games normally. My favorite aspect of Puzzles and Dragons is its value, too. The game is entirely free, and in my experience with the app, you can have a lot of fun without having to spend any money on micro transactions. (Although, once you start getting deeper into the metagame, you may feel inclined to spend money in order to build a stronger team. Puzzles and Dragons is a serious rabbit hole.) Overall, this is a phenomenal game that is a little different from Bubble Witch Saga but that I think any puzzle fan should check out. 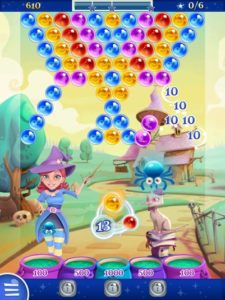 It feels kind of like cheating to talk about Bubble Witch Saga 2 in an article about Bubble Witch Saga, but I feel like it’s perhaps fitting. As you can probably figure, this sequel is made by the exact same people who made the original game, and it’s visually and mechanically very similar to Bubble Witch Saga. Game modes have been polished, new levels have been made, and graphics have been given a nice little boost. Although this game was eventually succeeded by Bubble Witch Saga 3, many super fans of the series believe that this is the best installment overall. There’s a great balance of difficulty and relaxation in this game, which I think really elevates the overall user experience. Like the game that came before it, Bubble Witch Saga 2 is fiercely addicting and incredibly fun to get your hands on. The only reason why I decided to knock this app down to number two is due to its payment model. It’s the same one that you’ll find in the original Bubble Witch Saga, and I’m sure that fans of the original game may not have any issue with it, but I’m personally rubbed the wrong way by the app seriously punishing you or delaying your progress until you pay money. 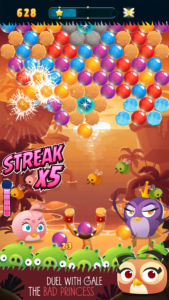 Angry Birds POP Bubble Shooter has recently become on the most popular puzzle games on both iOS and Android devices, and you can’t become that successful on accident. This game expertly merges the classic Angry Birds branding with some well-balanced and well-designed bubble puzzles. The app offers over 1000 levels, with new content being added on a regular basis. (You definitely don’t have to worry about running out puzzles with this one, unless you’re some kind of bubble shooter savant.) With features like daily challenges, different level types, seasonal themes, and boosters, it takes a long time for Angry Birds POP Bubble Shooter to ever feel old. Although Bubble Witch Saga 2 is obviously much more thematically similar to the original Bubble Witch Saga, I think that this Angry Birds game does something much more impressive. It very nearly improves upon Bubble Witch Saga in a way that I don’t think any of the other games on this list do. This game is one of the newer bubble shooter-style games on this list, and so it feels just as fresh and as imaginative as you would imagine a newer bubble shooter game to be. Overall, this is my number one recommendation to someone looking for a game like Bubble Witch Saga.