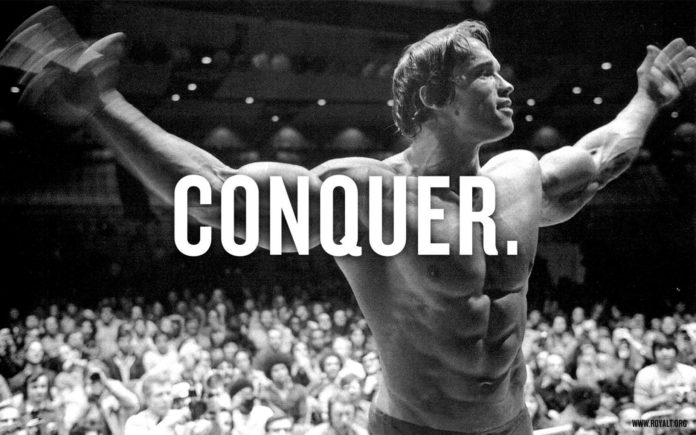 You may never know some random guy on the street is an athlete just by looking at him, but you can sure tell when someone is a bodybuilder. Bodybuilding is growing and developing faster than almost any other sport out there. Some experts say that bodybuilding has developed more in the past decade than it has in the sport’s entire lifetime. Competitors blast through reps and records as they get exponentially larger with every passing year. Here are 10 larger-than-life bodybuilders with even larger physiques. 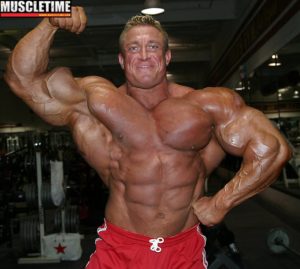 German IFBB pro bodybuilder earned himself the title “The German Nightmare” for his sheer mass. At 5’10 and a 280lbs contest weight, he dwarfs his competitors. Ruhl started at a tiny 120lbs in college and trained 6 days a week for nearly 5 years to achieve his size. He is most known for his massive shoulders, which are some of the biggest in bodybuilding history. Ruhl also possesses immense strength on the levels of Ronnie Coleman and Johnnie Jackson. 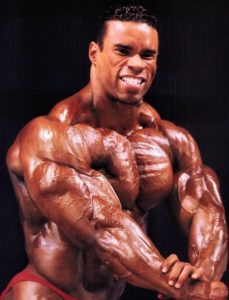 While many bodybuilders retire after a certain age, 52 year Kevin Levrone is still going. Levrone has won 23 IFBB pro shows and held the world record prior to Ronnie Coleman in 2004. Although he retired in 2003, Levrone competed in the 2016 Mr. Olympia after he received a special invitation. Despite not competing for over a decade, Levrone was in competition shape in just 5 short months. 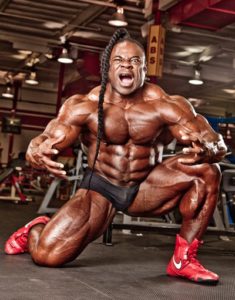 Kai Greene is a powerhouse of a bodybuilder, hailed for his mass, physical strength, and unique training methods. After his 7th grade teacher suggested he become an athlete after noticing his rapid physical growth, Kai Greene started his journey by competing in teen bodybuilding competitions. He went on to win the 2016 Arnold Classic, and plans to compete in the 2017 Mr. Olympia competition.

Greene currently hosts a podcast with fitness model Krystal Lavenne. He also launched his own supplement company, Dynamik Muscle in 2015. 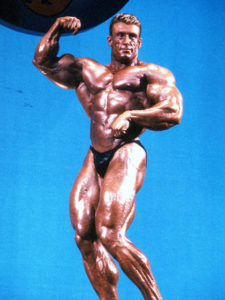 English bodybuilder Dorian Yates has won Mr. Olympia 6 times from 1992 to 1997. Yates began his career in an unusual way. He began training after being locked up for 6 months in a youth detention center for vandalism. Yate’s size and strength earned him respect among his fellow inmates, which inspired him to train after his release in 1983. Just a year later he won his first competition. Yates is best known for popularizing revolutionary training techniques such as HIIT (High Intensity Interval Training).

Yates has since retired, but owns the Temple Gym franchise in the UK and United States, as well as nutrition company CNP Professional and DY Nutrition. 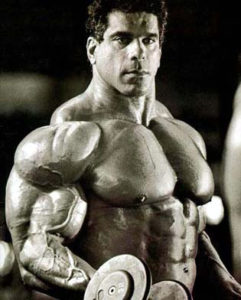 Italian American Lou Ferrigno started bodybuilding at age 13 as a result of bullying for his poor hearing. Just after graduating high school 1969, he won IFBB Mr. America and IFBB Mr. Universe. Ferrigno is known for his successful career and his role in the 1975 documentary featuring Arnold Schwarzenegger Pumping Iron. He is one of the tallest and largest bodybuilders at 6’4” and 285 pounds.

Ferrigno became even more successful for his acting career, but still continues to train. He retired from bodybuilding in 1995. 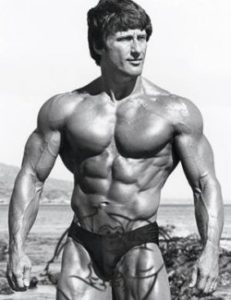 Although many bodybuilders are known mostly for their achievements, Frank Zane is known for those as well as his physique. Zane’s emphasis on proportion and symmetry helped him build what many consider to be the best looking physique in bodybuilding history. Despite his lower than average competition weight of 190lbs at 5’9”, Zane still won Mr. Olympia 2 times and is one of the only other bodybuilders to have beaten Arnold Schwarzenegger.

Zane changed the focus bodybuilding from to a balance of mass and aesthetic appeal. Now 74 years old, he is still very active in the bodybuilding and fitness community. 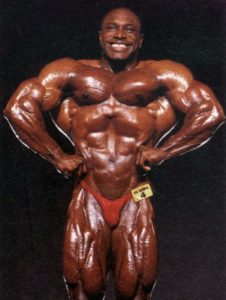 With 8 Mr. Olympia wins, Lee haney is one of the few bodybuilders who can hold a candle to legend Ronnie Coleman. Haney’s physique and wins have of course made him a legend himself. Haney was the first bodybuilder to beat Arnold Schwarzenegger, who had 7 Mr. Olympia wins.

Haney now trains other world-class bodybuilders and owns two gyms near his hometown in Atlanta, Georgia. He’s also got a heart just as big as his muscles – he establish Harvest House, a nonprofit summer camp for disadvantaged youth in 1994. Haney has a degree in youth counseling from Spartanburg Methodist College. 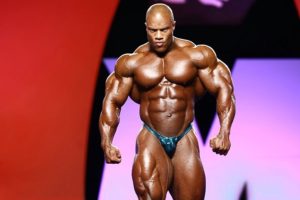 With 6 Mr. Olympia wins under his belt since 2011, Phil Heath could well be on his way to becoming the greatest bodybuilder of all time. His string of wins has earned the title of “The Next Big Thing”. Heath is not only idolized by bodybuilders for his mass, but his aesthetic physique.

Heath began bodybuilding in 2002 and professionally debuted in at the 2006 Colorado Pro Championships, where he won 1st place. Heath has won first place in nearly every contest he has competed him. He is currently training for Mr. Olympia 2017. 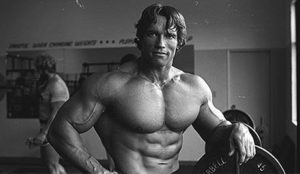 Before Arnold Schwarzenegger, bodybuilding was an extremely niche sport unseen by the public eye. He began training at only 15 years of age, and won his first competition, the Junior Mr. Europe in 1965. Schwarzenegger has won 4 Mr. Universe wins and 7 Mr. Olympia titles, a record beaten by only a select few bodybuilders.

After his bodybuilding career, Arnie became even more wildly successful, become an accomplished actor author, politician, and entrepreneur. He has a net worth of 300 million. To this day he continues to support bodybuilding with appearances and endorsements, including hosting the Arnold Classic, his very own competition. 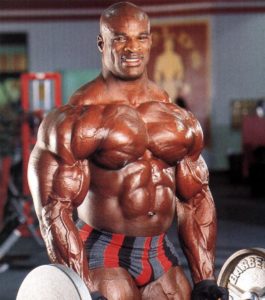 Ronnie Coleman is not only a bodybuilder, he’s an unstoppable force of nature. Coleman is not just gifted, he’s a workhorse who never gives up. While working as a policeman and earning his accounting degree, he trained full-time at the gym. Few other bodybuilders can compete with Ronnie’s 300lb contest weight at 5’11 and 8 successive Mr. Olympia wins, from 1998 to 2003.

Coleman launched his bodybuilding career after joining a gym owned by amateur bodybuilder Brian Dobson. Dobson saw Coleman’s potential immediately and offered him a free membership if he could train him for the Mr. Texas competition that year. Coleman won every category of the competition by landslide. Following his win, he received instant recognition and numerous endorsements, and began his climb to the top.
Coleman retired in 2007, but has launched his own nutrition company called coleman nutrition in 2011. He still works out at least 4 times a week.