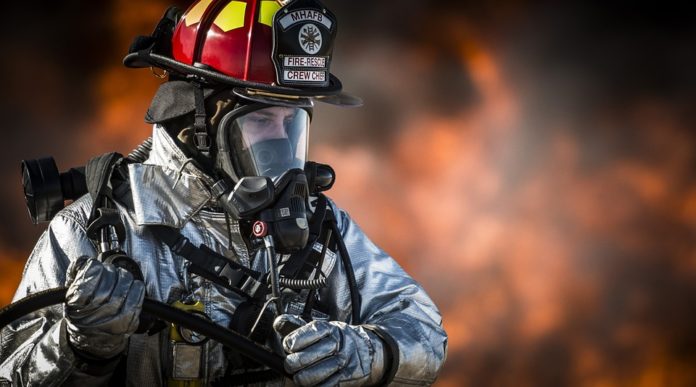 I think that it’s safe to say that firefighters are some of the most respected people in the world. Their work is grueling and difficult, and it directly helps to save the lives of thousands of people across the country each year. The average firefighter doesn’t just run into fires, however. As a firefighter, one is also responsible for educating the general public about fire safety and fire prevention. Firefighters are known to frequent places like public schools and libraries, where they can directly talk to kids and families about how to best practice fire safety. Needless to say, firefighters are an integral part of just about any community. Due to their role in society, a lot of people grow up with aspirations of becoming a firefighter. 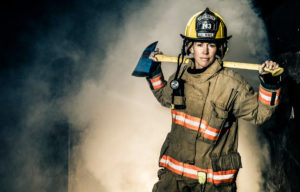 There’s a very big difference between dreaming of becoming a firefighter and actually becoming one, however. When people grow up, they sometimes have to face harsh realities regarding their desired occupation. Some may be discouraged from becoming a firefighter due to the pay of the occupation. Police officers receive pretty good pay and benefits. Is the same true for firefighters? How much does your average firefighter make per year? In this article, I intend on answering that question among a few others. I’m going to be talking about the average salary for a firefighter, while also addressing how factors like experience and education may affect that number. I’ll also make sure to talk a little bit about what someone actually has to do in order to become a firefighter. Without further ado, let’s get right into it.

The average salary for firefighters currently sits at about $43,332, which definitely seems kind of low. Firefighters regularly put their lives on the line to help other people, and $43,332 per year may be a discouraging figure for someone who is thinking about entering this field. However, that’s just an average, so some people are obviously paid more and some people are obviously paid less. What factors can cause this number to change? First, let’s talk about location. As you can imagine, firefighters are needed pretty much everywhere in the country. However, larger cities have a greater need for firefighters due to the more dense population that can be found in your average city. More people means more fires, and more fires means more firefighters. If you live in a city like New York City, Chicago, Boston, Los Angeles, or Miami, then you should have an easier time finding work as a firefighter. Once you get a job, you may also be paid a little bit more. 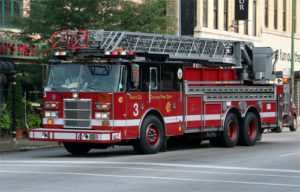 Next, how does something like experience affect the pay of your average firefighter? Just like with any other field, someone who works in this profession will be paid more if they have more experience under their belt. Someone with more than twenty years of experience can be paid up to $22,000 more than someone with entry-level experience. If you have around ten years of experience, then you can be paid up to $12,000 more than someone with entry-level experience. That’s obviously a large different in firefighter income. What is your employer paying for? A firefighter with more experience is more likely to possess the technical knowledge that is needed to work adequately in this field. Not only that, but they should also possess the intangible traits, like critical thinking skills, reflexes, and character that one needs in order to do good work in firefighting. Because they possess these core traits, they are paid more.

Finally, let’s consider how education can affect the salary of a firefighter. If you work in an office building, then it’s very possible that you could be rubbing elbows with people who have a radically different educational background than you do. Maybe your boss only has a bachelor’s degree while you have two master’s degrees. It’s possible for differences in education to exist. This is only partially true for firefighting. Typically, firefighters will only have formal education if they are interested in becoming a paramedic or if they want to pursue a leadership role in their agency. Although a college education isn’t really required to become a firefighter, you have a greater possibility to get some great pay raises and promotions within your organization if you have a college degree.

How to become a firefighter – Do you need to go to school?

If you’ve read all of the information below and you’re still interested in firefighting, then you may be interested in actually becoming a firefighter. How exactly do you do that? First, you need to finish out high school. In order to become a firefighter, you need to have a high school diploma and a valid driver’s license. If you don’t have either of those things, then get to it. If you’re still in high school, don’t stress too much about trying to get an early graduation. In order to become a firefighter, you have to be eighteen years old anyway. If you dropped out of high school, you shouldn’t think that your dreams are dead in the water. You should seriously look into obtaining a high school equivalence like a GED. Similarly, if you don’t already have a driver’s license, then you need to put in that work to obtain one. Once all of that is out of the way, it’s time to get tested. 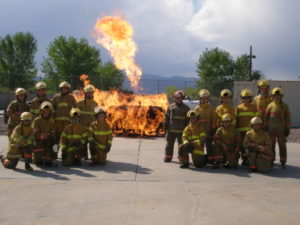 The screening process to become a firefighter is lengthy, but it makes sense that it would be given the sensitive nature of the work. Before you can even be considered for the job, you need to take a few written and physical tests. In order to enter the training program, you need to pass a written test and a physical test. The written test is primarily going to quiz you on traits like reading comprehension, reasoning, logic, and memory. The physical test is very rigorous, and is meant to test you on the kinds of things that you would need to do on the job, like running, climbing stairs, and carrying heavy weights. Once you have taken those tests, then you may also need to look into obtaining an Emergency Medical Technician license. Some states require that a firefighter have this license, some don’t. Look into your jurisdiction and find out what is expected of you.

From there, you need to attend a fire academy. By attending a fire academy, you’re getting a much more specialized education than you would get anywhere else. At a place like this, you’ll work on your physical fitness while also brushing up on subjects like hazardous materials control and anti-arson techniques. Once you graduate, you sort of have an option. You can either dive right into the field, or you can consider going to college. It would obviously be much easier to go to college and then enter the field than it would be to take a long break in your career to go back to school. Most aspiring firefighters will study something like forestry in college. Like I mentioned before, coming into the firehouse with a college degree can make you a competitive choice for a leadership position. If you decide not to do this, then you’ll head straight into the field. Depending on where you work, you may have to continue training at the firehouse. You may be considered an apprentice before you’re a full-time employee. In time, though, you’ll be out there saving lives with the best of them.