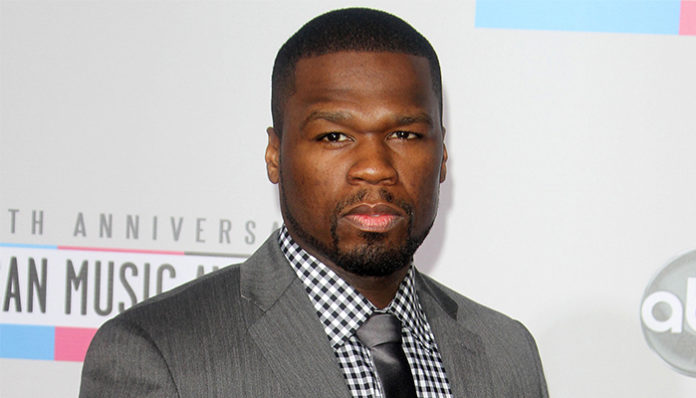 One of the world’s most popular rappers, Curtis James Jackson IIIーbetter known as 50 Centーfirst rose to fame with the release of his debut album, Get Rich or Die Tryin’ (2003). Despite a turbulent childhoodーhaving been involved with drugs in his teen years, he eventually turned his life around a fateful meeting with Jam Master Jay of Run-DMC fame. Introducing him to the music scene, 50 Cent soon learnt how to write choruses, and make records. Impressed by his rapping ability, Jay later produced an album for the aspiring musician, although it never made its way onto store shelves. After recovering from a tragic shooting incident which 50 Cent fell victim to, he began recording with a couple of friends as the trio, G-Unitーit was during that time that he was noticed by Dr. Dre and Eminem. Noticing his potential, the two subsequently signed him to their recording labels. In the winter of 2003, the aspiring star released his debut album, Get Rich or Die Tryin’.

A massive hit, the album quickly exceeded over eight million sales in the United States alone. Before he knew it, 50 Cent had made himself into one of the most successful rappers in the country. Following the release of his debut effortーwhich has since been certified 6x Platinumーhe dropped his second full-length album, The Massacre in the spring of 2005, which proved to by another Multi-Platinum release. Since then, 50 Cent has released a total of five studio albums, four compilation albums, ten mix tapes, and over seventy singlesーmost of which have earned a spot on several charts. On top of that, he has also collaborated with a number of different musicians such as Onxy, Lil’ Kim, The Game, Young Buck, and Tony Yayo, amongst others over the years. One of his most popular collaborations is that of his 2x Platinum-certified single, Down on Me which he performed with Jeremih.

For a full-time musician, 50 Cent has also gotten himself involved in sundry films throughout his career. In 2006, he made his movie debut in the action drama, Vengeance where he starred alongside Houston Alexander and Danny Trejo. Some of his other works on the big screen include Righteous Kill (2008), Dead Man Running (2009), Twelve (2010), Caught in the Crossfire (2010), Fire with Fire (2013), and The Prince (2014), to name a few. Aside from that, he’s also appeared in a handful of TV series such as Entourage (2009), The Finder (2012), Robot Chicen (2013), and Artsnight (2017). In total, he has partakes in over thirty different projects as an actor.

So what has the well-rounded, versatile man of the show business been up to recently? Has he been involved more with music or acting as of late? What new endeavours have been taking up his time lately? What happened to 50 Cent? Where is he now in 2018? 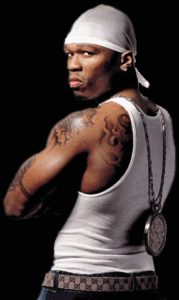 At the age of eleven, 50 Cent took up boxingーan activity which he later competed in in the mid 80’s. However, his life soon took a darker turn; the following year, he began dealing narcotics after schoolーat one point, he even brought weapons such as guns to class. By the time he was in tenth grader however, he was caught after setting off the metal detectors at his high school. In 1994, 50 Cent’s finally ran out; he was arrested that year after selling drugs to an undercover cop.

A few years later, 50 Cent was acquainted with Jam Master Jay from Run-D.M.C. in New York. Impressed by what the amateur rapper was capable of doing behind the mic, Jay later produced an album for himーalthough it never ended up being released. Shortly afterward, he signed with Columbia Records for which he produced thirty-six songs for; despite this, the album that he recorded was ultimately shelved. It wasn’t until the early 2000’sーafter he had recovered from a shooting incident to which he fell victim toーthat his career finally got back on track. At the time, 50 Cent had garnered the attention of Eminem and Dr. Dre, both whom noticed the aspiring musician’s efforts; they eventually signed him to their recording labels in 2002. 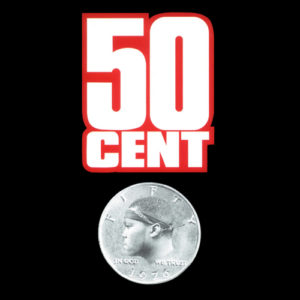 On February 6, 2003, 50 Cent released his debut album, Get Rich or Die Tryin’ーwhich was a joint project between Interscope and Shady Records. Due to it being leaked prematurely on the internet, it was later released a week earlier than originally anticipated. Produced partly by Eminem and Dr. Dre, who are responsible for the launch of his career, it featured nineteen gangsta rap titles including High All The Time, Like My Style, Gotta Make It to Heaven, and Poor Lil Rich; most if not all of the tracks on the album were co-written by Curtis Jackson.

Upon its launch, Get Rich or Die Tryin’ entered the US Billboard 200 at number one position; within the first week, it had sold over 872,000 copiesーrendering it a major commercial success. By the end of 2003, it had sold a record-breaking twelve million units worldwide, effectively making it the best selling album of its year. Given glowing reviews by contemporary critics, its release ultimately made him one of the “most eminent rappers of [the] era”ーaccording to critic Jason Birchmeier from Allmusic. A smash hit outside of the United States, 50 Cent’s album went on to chart in over a dozen different countries around the globe. Supported by four singlesーtwo of which became number one hits in the US, Get Rich or Die Tryin’ has since sold over 8.4 million copies domestically, earning it 8x Platinum accreditation from the RIAA. 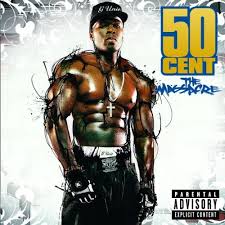 A couple of years later, the illustrious rapper released his second full-length album, The Massacre. In contrast to his preceding work, the album was noted for incorporating both elements of east coast hip hop and hardcore hip hop, in addition to gangsta rap. Produced in part by 50 Cent himself, it boasted twenty-two tracks; some of the titles from the disc include: I’m Supposed to Die Tonight, Ski Mask Way, A Baltimore Love Thing, My Toy Soldier and Position of Power. Similar to before, it also featured a number of guest artists such as Olivia, Tony Yayo, Jamie Foxx, and Lloyd Banks.

As expected, The Massacre opened at number one on the US Billboard 200; not only did it top the chart, but it also sold a staggering 1.4 million copies in the first weekーmaking it the third best-grossing hip hop album, behind The Marshall Mathers LP (2002) by Eminem. Met with majorly positive reviews, the collection of songs later garnered a Grammy Award Nomination for the category of “Best Rap Album” at the 48th Annual Event, however it ultimately lost to Kanye West’s Last Registration. Nonetheless, the album has she collided with success all over the world; not only was it a number one album in the United States, but it was also a chart topper in the UK, New Zealand and Canada. Having produced four singles: Outta Control, Just a Lil Bit, Disco Inferno and Candy Shop, the albumーwhich was later certified 5x Platinum by the RIAAーhas since sold more than 13 million copies worldwide.

On September 11, 2007, 50 Cent released his third full-length album, Curtis, which was a joint venture with Interscope Records, Shady Records and Aftermath Entertainment. Featuring production from Timbaland, Eminem and Dr. Dre, the album consisted of seventeen tracksーmost of which, according to music writers, are divided between the categories of “soft” and “hard” songs. Some of the titles from the album include Follow My Lead, Movin’ On Up, Fully Loaded Chip, Touch the Sky, and Man Down. As before, it also had a number of guest appearances from other musicians such as Mary J. Blige, Tony Yayo, Robin Thicke, Justin Timberlake and Akon.

On the day of its release, Curtis entered the Billboard 200 at number two and sold 691,000 units during the first week. Despite its success, it became the album with the third-lowest debut week sales for 50 Cent. Still, it ranked on numerous charts including the US Top Rap albums and the Top R&B and Hip Hop Albums, where it peaked at number two. Overseas, Curtis also reached the top of the charts in Australia, Ireland, New Zealand and Switzerland. Regardless of the mixed reviews that it received, it eventually went on to sell over three million copies worldwideーone million of which were from the United States.

Two years afterward, he dropped his fourth album entitled, Before I Self Destructーwhich was also his last record with Interscope, Shady and Aftermath Entertainment. Following a few delays, it made its way onto store shelves on November 9, 2009. Accompanied by a feature film of the same title, it boasted sixteen tracks including So Disrespectful, Strong Enough, I Got Swag, Get it Hot, Could’ve Been You, and So Disrespectful. Before I Self Destruct also featured appearances from Eminem, Ne-Yo and R.Kelly.

Although it was leaked onto the internet prior to its official release, it sold 160,000 copies in the first week and debuted at number four on the US Billboard 200. Eventually, it managed to top both the Billboard Top R&B and Hip Hop Albums Chart and the Top Rap Albums Chart. Critically acclaimed by mainstream critics, Before I Self Destruct was given a B- rating from both Entertainment Weekly and The A.V. Club; it also received positive reviews from Allmusic. Later spawning three singles, Do You Think About Me, Ok, You’re Right, and Baby by Me, the album has since sold over 1.3 million copies in the US alone, garnering it Platinum-status in the country.

From there, it wasn’t until 2014ーafter he signed with G-Unit and Caroline Recordsーthat he released his next studio album, Animal Ambition. Unlike his earlier works however, it was generally met with mixed reviews, although it did chart at number four on the Billboard 200. As of 2016, it has sold approximately 124,000 copies domestically. 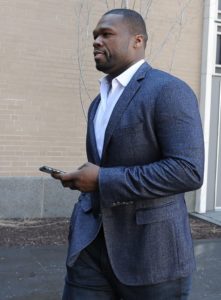 Originally announced back in the summer of 2011, Street King Immortalー50 Cent’s sixth studio album, will finally be making its way to stores after several years of delay. However, it might also be his last release. According to the star himself in a later interview, he’d like “to finish with that project”; he [doesn’t] want to write another record after that” So as exciting as the upcoming release may be, it may also be his last as a rapper. Having said that, no official release date has materialized as of yet.

On the acting front, 50 Cent has also been busy filming for a crime action film called Den of Thieves (2017). Directed and written by Christian Gudegast, it will depict the story of a thief who finds himself trapped between two groups of criminals while planning a bank heist. The movie will also star Gerard Butler, Pablo Schreiber and O’Shea Jackson Jr.