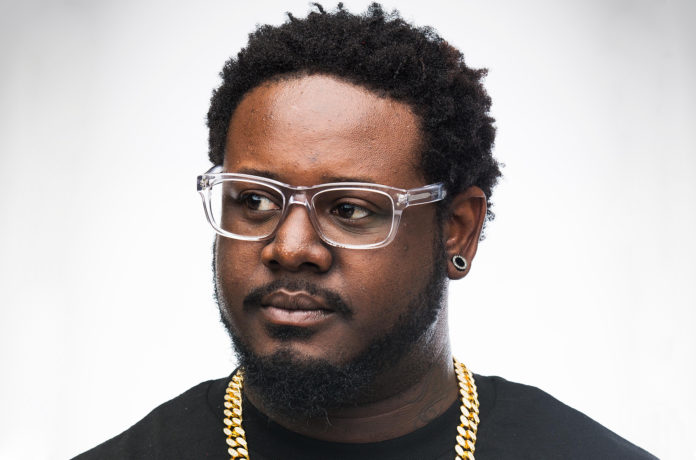 During the late 2000’s and early 2010’s, T-Pain was one of the most popular artists in hip-hop. Not only was he releasing original tracks, with songs like “I’m Sprung”, “Bartender”, and “Can’t Believe It”, but he was also frequently featured on tracks alongside other major artists. One of his most successful singles was “Low”, the Flo Rida song. His work has been critically acclaimed and commercially successful, but he hasn’t been nearly as popular in recent years as he has been in the past. What has T-Pain been doing in 2017? Is T-Pain still making music? In this article, I plan on writing about what the artist did to achieve success while also providing his fans with an update as to what he has been up to now. Without further ado, let’s catch up with this hip-hop star.

T-Pain, also known by his birth name of Faheem Najm, was born in September of 1985 in Tallahassee, Florida. As you may have been able to guess by his name, Faheem was raised in a Muslim household while he lived in Tallahassee. However, he didn’t particularly connect with the religion. Faheem was attracted to music at a very young age, however. His family was friends with Ben Tankard, a gospel jazz artist and music producer. When Faheem was just a little kid, Tankard allowed him into the studio and let him fiddle with some of the music equipment. By the time Najm was ten years old, he had completely committed himself to music. He had a keyboard, a four-track recorder, and a beat machine that he planned on using to produce music for himself. Faheem had a rougher childhood, and his stage name “T-Pain” actually means “Tallahassee Pain”. Needless to say, his feelings toward the city aren’t the best. 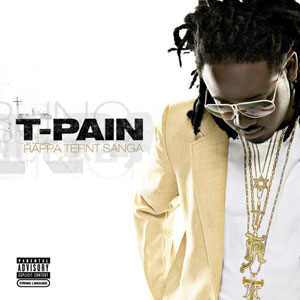 In 2004, Najm joined a rap group called Nappy Headz. Although the idea of a bunch of young guys coming together and forming a rap group seems unreasonable, it isn’t all too uncommon for aspiring rappers to get their start by joining a larger group. While he was with the group, he recorded “I’m Fucked Up”, a track that served as a cover of Akon’s song “Locked Up”. The cover ended up getting back to Akon, and he liked it so much that he immediately went and signed T-Pain to his label, Konvict Muzik. Once he was signed, Najm was able to release his debut album: Rappa Ternt Sanga. The album didn’t commercially perform as successfully as Faheem may have liked, but that was mostly because he had yet to become a popular mainstream artist. Rappa Ternt Sanga debuted at 40 on the Billboard 200 chart. Its peak position would be at 33. However, two singles from the album, “I’m Sprung” and “I’m N Luv (Wit a Stripper)” would go on to become successful on their own.

T-Pain’s second album Epiphany was released in 2007. Fitting along with the name, Epiphany was kind of a break through for Faheem in terms of success. It sold over 170,000 units in its first week, which led to it topping the Billboard 200. The success of the album could be partially credited to the release of “Buy U a Drank (Shawty Snappin’)”, Epiphany‘s lead single. “Buy U a Drank (Shawty Snappin’)” did extraordinarily well for itself, topping the Hot 100. This was T-Pain’s first chart topping single although it certainly wouldn’t be his last. Shortly after the release of this album, Najm shifted his focus to collaborating with other artists. During this time period, he would have high-profile collaborations with artists like Chris Brown, Flo Rida, DJ Khaled, Bow Wow, and Kanye West. His collaboration with Kanye on the track “Good Life” would end up winning a Grammy Award for Best Rap Song.

T-Pain at the Height of his Career

Needless to say, T-Pain was known as a successful musical artist by this point in his career. He had worked alongside enough big names to be considered a big name on his own. Faheem released his third album Thr33 Ringz in 2008. His popularity would allow him to perform in major television programs like Jimmy Kimmel Live!, Saturday Night Live, and the CMT Music Awards. 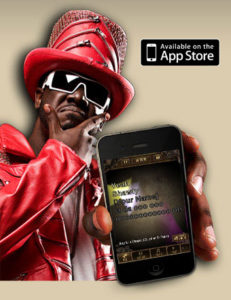 Faheem’s increasing popularity allowed him to do a lot more than just that, too. In 2009, an app was released called “I Am T-Pain” that allowed users to auto tune and modify their voices to play over various T-Pain tracks. I personally remember that this app was very popular, and that it also spawned a couple of physical toys that did basically the same thing. You see, Faheem had developed a personal style in that he was well-known for his creative use of an auto tuner over vocals. This gives his music a very distinct sound that some people love and some people hate. Regardless, you can’t deny that the style had a significant social impact, since it was able to generate a successful app. Anyway, he saw even more success and popularity when he was prominently featured on DJ Khaled’s hit single “All I Do Is Win”. He also had a large role in Pitbull’s single “Hey Baby (Drop It to the Floor)” and Nelly’s single “Move That Body”.

In December of 2011, after a significant break, T-Pain released the album rEVOLVEr. One of the most popular songs to come from this album was “5 O’Clock”, a song that featured Lily Allen and Wiz Khalifa. The song peaked at number ten on the Billboard 200, and it was also successful in countries like Belgium, South Korea, and the United Kingdom. After another break, T-Pain announced in 2013 that he was working on his fifth studio album, entitled Stoicville. Around this time, he also went and released T-Pain Presents Happy Hour, a greatest hits compilation album. In the years to come, he would release a couple of songs like “Coming Home” (a free download meant to promote Stoicville), “Make That Shit Work” with Juicy J, and “Officially Yours”. Stoicville had yet to release, but Faheem promised his fans that the album was still on its way. So, was that true? Has the album come out yet? 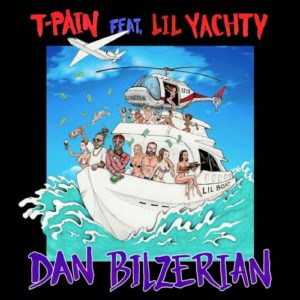 Unfortunately, Stoicville has still not been released. In October of 2016, T-Pain went and released the lead single off of the album, “Dan Bilzerian”. The single features Lil Yachty. Outside of working on promoting his new album, Faheem also worked a little bit outside of his normal sphere. He worked with Bruno Mars on 24K Magic as a writer. Faheem worked predominantly on the song “Straight Up & Down”. In November of 2016, he was featured in the YouTube series Epic Rap Battles of History as Stevie Wonder. Outside of those things, T-Pain has also attracted some attention on the Internet as a gamer. He has been known to regularly stream some of his gaming sessions on the platform Twitch.tv, where you can find him under the username tpain. As of now, it still looks like Stoicville is meant to be released, presumably in 2017. Fans of T-Pain don’t have to worry about him retiring from the business anytime soon.