What Happened to Jagged Edge – What They’re Doing Now 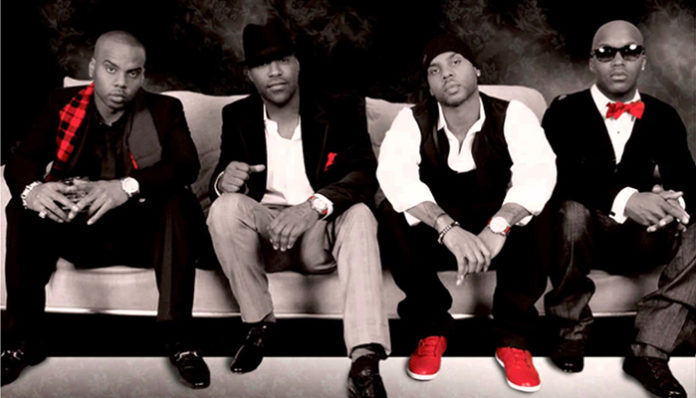 Jagged Edge is an R&B group that first broke into the music scene with their debut album, A Jagged Era in 1997. Based in Atlanta, Georgia, they’ve earned a solid reputation for their hit songs: No Respect, Gotta Be, and Where the Party At. Known for their strong songwriting and vocal skills, they established themselves as one of the most popular hip hop bands of the late 90’s and early 2000’s. The group consisted of four membersーtwin brothers Brandon and Brian Casey, Kyle Norman, and Richard Wingo, all of which have their own moniker inside the group. Prior to Jagged Edge, Norman and the two siblings were members of an initial band called Twin AK; Norman had convinced the Caseys to join after witnessing their talents at a local Atlanta choir contest. Eventually recruiting Wingo, they adopted their current name, recorded a demo tape, landed a recording dealーand the rest was history. In 1997, they released their first studio album entitled, A Jagged Era under Columbia Records.

A moderate hit, the album later went gold, making it their first RIAA-certified record. Three years afterward, Jagged Edge dropped their next full-length album, J.E. Heartbreak. Eventually certified Double Platinum, it quickly became a number one album in the United States. Since then, the R&B group have released six other albums including Jagged Little Thrill (2001), Hard (2003), Jagged Edge (2006), Baby Makin’ Project (2007), The Remedy (2011), J.E. Heartbreak 2 (2014), however none would end up matching the same level of success as their second album. Having said that, the quartet went on to release a total of twenty three singlesーa handful of which charted in their native US (some even internationally). A few of their most popular tunes include He Can’t Love U, Let’s Get Married, Promise, Where the Party At (Feat. Nelly), and Good Luck Charm. In terms of collaborations, Jagged Edge have worked with Lil’ Bow Wow, Fabolous, The Notorious B.I.G., DJ Clue, and P. Diddy.

Nominated for a prestigious Grammy in 2002, the R&B group have garnered several other awards and recognitions over the years. The winner of two Soul Train Music Awards for “Best R&B/Soul Album, Group Band or Duo” (amongst seven nominations), they’ve also been nominated for three BET Awards for “Best Group” and three American Music Award for “Favourite Soul/R&B Band/Duo/Group”. At they peak of their popularity during the 2000’s, they also appeared in various TV talk shows and specials including The Tonight Show with Jay Leno (2001), Soul Train (2003), Primetime New Year’s Rockin’ Eve (2004), and Ryan Cameron: Uncensored (2008).

So what has award-winning group been up to these recent months? Are they still actively recording music for their fans? What do they have in store for us? What happened to Jagged Edge? Where are they now in 2018? 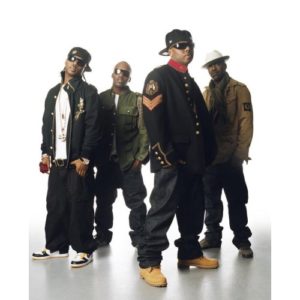 Born out of church choirs, Jagged Edge was formed in Atlanta, Georgia in 1995. The quartet consisted of Kyle Norman, Richard Wingo, and twin brothers Brandon and Brian Caseyーall of whom had their own alias in the group; for instance, Norman is “Quick”, Wingo is “Wingo Dollar”, Brandon is “Case Dinero”, and Brian is “Brasco Dinero”. In the beginning, it was Norman who was ultimately interested in creating a band. After witnessing the two brothers’ musical talents at a local Georgia singing competition, he approached the twins and asked whether or not they would be interested in forming a music group together; thus, the predecessor to Jagged Edge was bornーTwin AK. As a trio, the band was almost successful in forging a according deal with Michael Bivens, however it ended up falling through.

From there, the group of three eventually recruited another memberーRichard Wingo. With their lineup complete, they then went on to change their name; inspired by a movie title, they went on to call themselves the Jagged Edge from that point on. Following that, they headed off to the studio and began recording various demo tapes. With a little help from Wingo’s friend, Kandi Burrussーwho happened to be a member of a female group called Xscape who was signed with So So Def Recordings at the timeーtheir music soon reached thre ears of Jermaine Dupri, the label’s executive. After giving a powerful a-cappella performance at his home, they were offered a recording deal by Dubri; they would be So So Def Recording’s first all-male R&B music group. 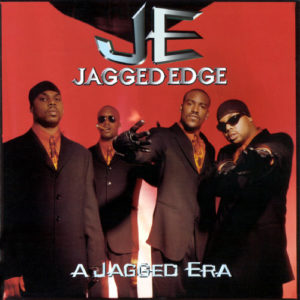 After a year of recording, Jagged Edge released their first studio album entitled, A Jagged Era on October 21, 1997. Produced by Manuel Seal and Dupriーthe head of the label himself, it consisted of ten tracks, all of which were hip hop in nature. Some of the titles from the track list include: Addicted to Your Love, Wednesday Lover, Slow Motion, The Rest of Our Lives, Ain’t No Stoppin’ and Reading & Willing. The soul album also boasted their first collaborationsーI’ll Be Right There, which featured Da Brat and Jermaine Dupri, and I’ll Be Right There, which featured Busta Rhymes.

Not long afterward, the album made its way onto the US Billboard 200, although it only managed to peak at number 104. Despite that, it eventually settled at number nineteen on the Top R&B and Hip Hop Albums Chart and at number one on the Billboard Heatseekers Chart. A moderately successful albumーhaving been given a four star rating from Allmusicーit went on to spawn three singles, one of which peaked at number eleven on the US Top Hip Hop Songs Chart. As of December 1998, A Jagged Era has been certified Gold in the United States.

Three years later, they released J.E. Heartbreakーwhich would go on to become their most successful album to date. Although it was originally scheduled to be released in 1999, it was eventually bumped back and made available on January 18, 2000. Named after Heartbreak, an album by New Editionーa fellow R&B group, its production was handled by Jermaine Dupri and Bryan Michael Cox. Their second album with Dupri’s label, it boasted twelve tracks including What You Tryin’ To Do, Did She Say, Can I Get With You, Healing, and Keys to the Range (Feat. Jermaine Dupri).

A greater hit than their first, it debuted at number eight on the US Billboard 200 and at number one on the Top R&B and Hip Hop Albums Chart. In spite of its commercial success however, some critics such as William Ruhlmann writing for Allmusic, noted its abundance of slow jamsーall of which were considerably “indistinguishable” from one another. Nonetheless, J.E. Heartbreak went on to produce four singles: Promise, Let’s Get Married, He Can’t Love U, and Keys to the Rangeーthe third of which reached number fifteen on the Billboard Hot 100 and is often regarded as the group’s breakthrough hit. A year after its original release, it received Double Platinum accreditation from the RIAA. 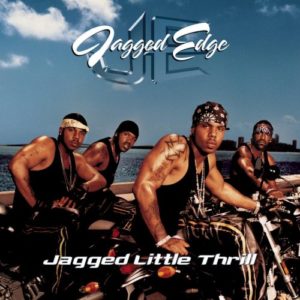 On July 26, 2001, the R&B group released their third full-length album entitled, Jagged Little Thrill. Produced by Corna Boyz, Bryan Michael Cox, and Jermaine Dupri, it featured fourteen soul tracks, amongst which were a few collaborations with artists such as Ludacris, Joe Blak, Nelly, Big Duke, R.O.C. and Trina. A few titles from the disc include Head of Household, Driving Me to Drink, Can We Be Tight, Girl It’s Over, The Saga Continues, and Goodbye.

Another successful endeavour for the quartet, it entered the US Billboard 200 at number three and sold 215,000 copies domestically within the first weekーan amount that surpassed even what of their previous album. Another number one hit on the Top R&B and Hip Hop Albums Chart, it also charted internationally in Australia, Germany, and New Zealand. Commended for its mid-tempo beats, the album later produced three singles: Where the Party At, Goodbye, and I Got It 2; the first two peaked at number three and number fifty eight respectively on the Billboard Hot 100. While Jagged Little Thrill didn’t achieve Double Platinum certification like their previous breakthrough, it did attain Platinum Status from the RIAA for achieving over 1,000,000 copies in sales.

A couple of years later, Jagged Edge came out with their fourth studio album, Hard. The first and only album under the Sony Urban label, it once again saw Jermaine Dupri as one of its main producers. Amongst its sixteen-song track listーwhich consisted of numbers such as In the Morning, Trying to Find the Words, Girls Gone Wild (Feat. Major Damage), They Ain’t J.E., were three bonus tracks: On My Way (After the Club), They Ain’t J.E. [Remix], and Car Show.

On the day of its release, the soul album debuted on the US Billboard 200 at number three; by the end of the first week, it had sold approximately 178,000 copies in the United States. Jagged Edge’s second Gold-certified album, it has since sold over 871,000 units domestically. Still, reviews for Hard were generally negative compared to their previous works; for instance, Allmusic gave it a two and a half star rating, having criticized it for its bland lyrics and repetitive tunes. Similarly, the Rolling Stone also gave it a two out of five star rating. 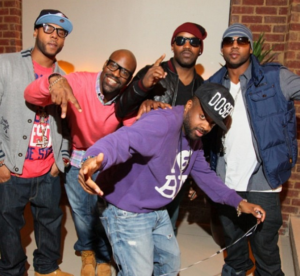 On May 9, 2006, Jagged Edge released their fifth eponymous album, Jagged Edge. Featuring the production of The Clutch, Hakim Young, Chad Elliot, Jermaine Mobley and Jermaine Dupri, it came with seventeen tracks (eighteen if bought from iTunes), some of which included I Ain’t Here For This, So Amazing, Season’s Change, Get a Lil’ Bit of This, Crying Out, Baby Feel Me, Sexy American Girls. Much like their previous efforts, a few artists such as Voltio, Bad Girl, John Legend and Big Duke also appeared in a few tracks.

Rated three stars, Jagged Edge eventually went on to spawn four singles, Season’s Change, Stunnas, Good Luck Charm, and So Amazing; Good Luck Charm ultimately attained the most popularity, having attained gold certification from the RIAA. Although the album charted at number four on the Billboard 200 and number two on the R&B and Hip Hop Albums Chart, it was Jagged Edge’s first album not to receive RIAA accreditation.

Just a few days ago, Jagged Edge took to the stage at the 25th Annual Trumpet Awards. Also part of the impressive lineup of performers were Erica Campbell, Travis Greene and Pastor Shirley Caesar. The event, which recognizes the outstanding accomplishments of various individuals, took place on Sunday, January 29, 2017.

In other news, it looks like the group will also be holding a performance at The Pageant in St. Louis this spring. Set to take place on March 11, 2017 at 8PM, tickets for the show are still available ($35-$50) should it tickle your fancy.

If you’d like to stay up-to-date and connected with the mainstream R&B group, you can do so by following Jagged Edge on social mediaーyou can find them on Instagram or Twitter at @official_je. Also, be sure to check out their official Facebook page at @TheOfficialJE for the latest updates!