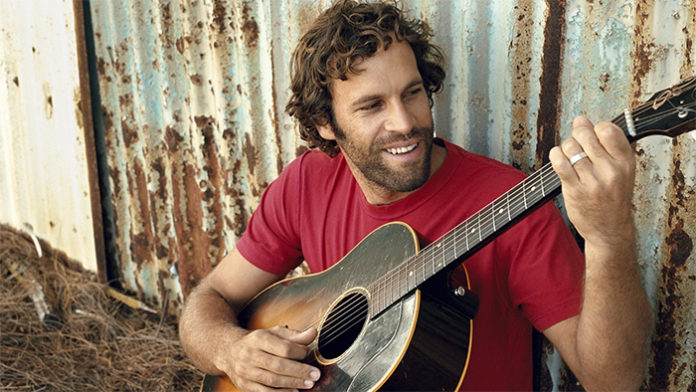 Jack Johnson is an American musician who first rose to international stardom with his debut album, Brushfire Fairytales (2000). A guitarist since the age of eight, he later began writing his own songs when he was twelve. With time, his passion for music only grew greater; while he was in college, he played the rhythm guitar for a band called Soil. Known for his laid back acoustics and smooth baritones, his initial break came in 1999 when he helped pen a song called, Rodeo Clowns for G. Love; it was later featured on their album, Philadelphonic. Wanting to put himself out there in the music scene, he eventually recorded himself a demo tape, which soon found its way to Ben Harper. Impressed by his tunes, Harper subsequently invited the inspiring musician to join him in his concert tour. From there, it wasn’t long until Johnson was inundated with offers from various major labels. In 2001, he signed with Universal Records and promptly began the process of recording his debut album.

Later that same year, he released his debut studio album entitled, Brushfire Fairytales on February 1, 2001. A successful endeavour, it went on to become Johnson’s first Platinum-certified album. He later followed up with another album, On and On (2003), which proved to be another major hit. To date, his 2005 effort, In Between Dreams have achieved the most sales within the United States, having sold over two million copies domestically. Since then, the Hawaii-native has released a total of six full-length albums, five music videos, three extended plays, and twenty singles. Some of his most popular hit songs include The Horizon Has Been Defeated, You and Your Heart, If I Had Eyes, Upside Down, and Sitting Waiting Wishing. Throughout his career, Johnson has also collaborated with a number of different artists such as Matt Costa, The Black Eyed Peas, Donavon Frankenreiter, Zach Gill, and Ted Lennon, to name a few.

Over the years, he has amassed sundry awards including a Brit Award for “International Breakthrough Artist”, a Billboard Touring Award, an ASCAP Pop Music Award, amongst several others. Aside from being a seasoned musician, Johnson is also an experienced film director. Having attained a Bachelor’s of Arts in Film Studies, he made his directorial debut in the documentary, Thicker Than Water (2002). Some of his other works in this area include Jack Johnson: The September Sessions (2002), 12 (2003), and A Brokedown Melody (2004). On top of that, he’s also appeared in a couple of movies himself. In 1999, he played a small role in the romance comedy, Nice Guys Sleep Alone; he later also appeared in the sport comedy, Out Cold (2001).

So what has the musician and documentary filmmaker been up to these days? Where has his professional career brought him recently? What new projects does he have scheduled for this upcoming year? What happened to Jack Johnson? Where is he now in 2018? 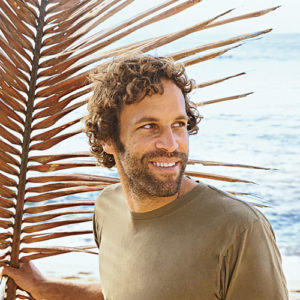 Born on May 18, 1975 in Oahu, Hawaii, Jack Hody Johnson is the youngest out of three siblings. The son of Jeff Johnsonーa renewed professional surfer, he took to the waters, much like his older brothers at a young age. Growing up in the North Shore area, he spent much of his time outdoors; in the summer, the family often embarked on camping adventures and canoe trips.

An avid surfer since the age of five, it wasn’t uncommon for him to take to the waves up to four times a day. In 1992, he was the youngest surfer to reach the finals of the Pipeline Masters Competition. Although he ultimately ended up attaining the winner’s title, his surfing career was cut short after a gruesome accident that severely injured his face.

Outside of surfing, Johnson had another passionーmusic. Unlike surfing however, it didn’t surface entirely until he was in his early teens, although he’d learnt how to play the guitar when he was eight years old. At the age of twelve, Johnson began writing his own songs. As he played the stringed instrument, he drew inspiration from big-name artists such as Bob Dylan, Otis Redding, Neil Young, The Beatles, and Ben Harper, to name a few. After graduating from the local Kahuku High School, he relocated to Santa Barbara where he was a student at the University of California; he later attained a Bachelor’s of Arts in Film Studies in 1997. Never having let go of his love for music, he played with a band called Soil during his college days.

In 1999, Johnson’s songwriting first received recognition after he helped pen a hit song called, Rodeo Clowns for G. Love, which ended up being the most popular single of their entire album. Soon afterward, he wrote a couple of original songs for a low budget film, Thicker Than Water. As it happened, the cassettes from the project eventually found its way to renowned musician, Ben Harperーwho also happened to be one of Johnson’s idols growing up. Impressed by his work, Harper subsequently invited the aspiring musician to join him in his upcoming concert tour. From there, it wasn’t long until Johnson himself landed a recording deal with Universal Records in 2001. 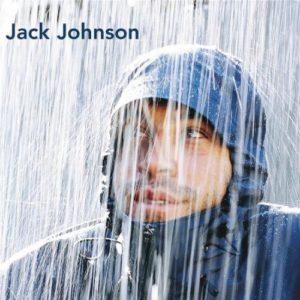 On February 1, 2001, Jack Johnson released his first ever album, Brushfire Fairytales. Produced by JP Plunier, it featured Merlo Podlewski on bass, Adam Topol on drums and the artist on piano, guitars as well as vocals. Recorded at Grandmaster Recorders, it contained thirteen folk rock tracks, all of which were written entirely by Johnson himself. Amongst its track list were the numbers Inaudible Melodies, Fortunate Fool, Losing Hope, It’s All Understood, Bubble Toes, and Posters. Aside from the standard edition, the album also had two separate versions that were released in Japan and the UK; the Japanese disc had the bonus track, Inaudible Melodies (Live), while the UK disc had both Inaudible Melodies (Live), and Flake (Live).

Well received upon its release, his simple acoustics earned him many praises from critics and casual listeners. Noted for his charming songwriting, the album garnered an impressive four star rating from Allmusic. In the United States, Brushfire Fairytales peaked at number thirty four on the Billboard 200, however that wasn’t the only chart that it reached; it also charted in Australia, New Zealand, Ireland, France and the UK. As of November 2002, the album has sold over a million copies domesticallyーan achievement that made it go Platinum in the US.

In the summer of 2003, Johnson came out with his second studio album entitled, On and On. Produced by Mario Caldato Jr., it once again featured Adam Topol and Merlo Podlewski on drums and bass respectively. Recorded at Hawaii’s The Mango Tree Studio, it boasted sixteen numbers some of which included The Horizon Has Been Defeated, Dreams Be Dreams, Holes to Heaven, Rodeo Clowns, Symbol in My Driveway, and Mediocre Bad Guys.

Popular amongst fans of folk rock music, the album peaked at number three on the Billboard 200ーwhich was a significant improvement compared to his previous effort. Shortly afterwards, it also reached number three on the US Top Internet Albums Chart. Another overseas hit for Johnson, On and On also saw success in Austria, Australia, France, Switzerland, Germany, and New Zealand. Supported by two singles, the album has since become the artist’s second Platinum certified release. 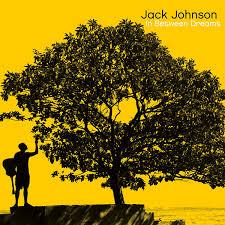 Two years later, In Between Dreams, Johnson’s third full-length album came out in stores. The first record to be under his own independent Brushfire Records label, the cover art depicted a mango treeーwhich was a reference to the studio, The Mango Tree, where the album was recorded. Produced once again by Mario Caldaro, Jr., it boasted a fourteen-song track list, most if not all, which were written by the musician himself. A few memorable titles from the collection of songs include Staple it Together, Crying Shame, Do You Remember, Banana Pancakes, Situations, and No Other Way.

Johnson’s best-selling album to date, In Between Dreams peaked at number two on the Billboard 200 shortly after its release. On the Top Internet Albums Chart, it also settled in at the same spotーnumber two. Outside of the United States, the album was a chart topper in Australia, New Zealand and the UK, making it his first album to reach number one internationally. Despite this however, it received mostly mixed reviews from critics; while some gave it favourable ratings, others such as Spin Magazine felt that it was less superb compared to his earlier albums. Regardless, it went on to become Johnson’s firstーand onlyーDouble Platinum certified album.

After that, Johnson took a three year break before releasing his fourth full-length album, Sleep Through the Static. In contrast to his preceding works, it incorporated elements of soft rock as well as folk rock. His first album not to be recorded in Hawaii, it consisted of fifteen track including What You Thought You Need, If I Had Eyes, While We Wait, They Do They Don’t, Go On, and Adrift.

Upon its release, Sleep Through the Static opened at number one on the Billboard 200. By the end of the first week, it had sold approximately 375,000 copies in stores, including a record-breaking 139,000 digital downloads online. Included in Q Magazine’s list of “50 Best Albums of the Year in 2008”, it also reached number one in the UK, New Zealand, Ireland, Canada, and Australia. Met with mostly favourable reviews, it proved to be a powerful comeback for the Hawaii-born singer-songwriter. It eventually went on to spawn five singlesーGo On, Hope, Same Girl, Sleep Through the Static and If I Had Eyes. 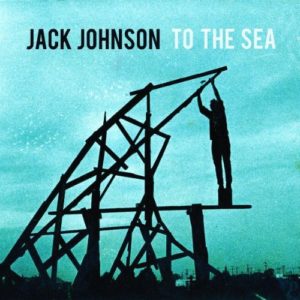 In the summer of 2010, Johnson’s next album, To the Sea was released. Another number one debut in the United States, it quickly sold over 243,000 copies within the initial week. Recorded over a period of three weeks, it was supported by an Europe, North America and Australia tour which kicked off that July. Some noteworthy titles from the album include You and Your Heart, At or With Me, No Good with Faces, and Anything But the Truth.

Since then, he has come out with another album entitled, From Here to Now to You which was made available on September 17, 2013.

The 41-year-old musician hasn’t announced any big plans for 2018 as of yet. What we do know, is that him and his band headlined the KAABOO Fest, which took place at the Del Mar Race Tracks in California last summer. Aside from Johnson, the weekend event also saw G. Love and Special Sauce on stage.

Outside of that, the artist hasn’t really hit the stage for any type of major public performance. Having said that, he has attended a number of sustainability events these last few months as an advocate of the sustainability movementーin fact, he was even honoured with a Best of the Fest Champions of Sustainability Award back in December of 2016!

If you’d like to stay up-to-date with the American singer-songwriter, you can do so by following Jack Johnson on social mediaーyou can find him on Instagram or Twitter at @JackJohnson.