What Happened to Jeremy Miller – Now in 2018 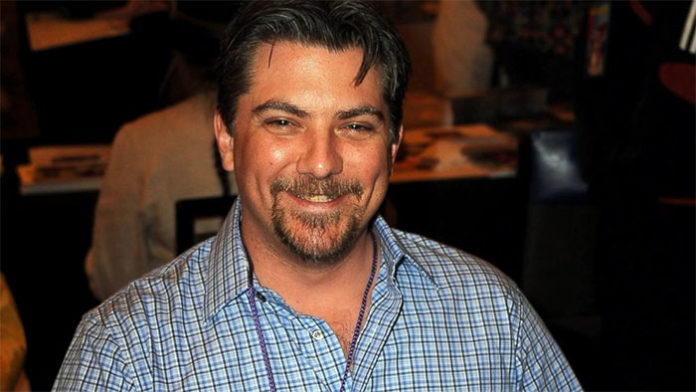 American actor Jeremy Miller gained first widespread attention for his portrayal of Ben Seaver in the ABC sitcom, Growing Pains (1985). Raised in Los Angeles, California, he began his career as a young teen during the 80’s when he was cast in a television commercial for McDonald’s. After appearing in a handful of advertisements, Miller made his official acting debut in an episode of the family comedy, Punky Brewster (1984). Following that, he eventually appeared in the TV film, Deceptions (1985), which gave him the opportunity to work with Jeremy Brett, Barry Bostwick, and Stefanie Powers. Just two years after making his debut, the nine-year-old was met with a huge break when he was selected to be one of the lead protagonists in the sitcom, Growing Paints (1985). Portraying the role of Ben Seaver, he quickly gained fame as a young star, having captured the hearts of audiences across the country. Growing up alongside the character he was playing, he ultimately starred on the show for seven years.

Noticed for his talents in front of the camera, his performance in the sitcom did not go unnoticed; not only did it kick start his acting career, but it also garnered him a handful of industry recognitions including two Young Artist Awards for “Best Young Supporting Actor in a New TV Series” and “Exceptional Performance by a Young Actor in a Comedy”, among four nominations. To date, over two decades later, it remains to be one of his best remembered roles on television. Eight years afterward, Miller reprised his role as Ben Seaver in the first reunion film, The Growing Pains Movie, which was released as a TV movie in the fall of 2000. After taking a four-year-long break from acting, the actor eventually returned to reprise the character for a second time in the second reunion movie, Growing Pains: Return of the Seavers, which was also released as a made-for-television film.

In addition to his involvement with the Growing Pain series, Miller has also worked as a voice-actorーnotably in a few series of The Charlie Brown and Snoopy franchise. While he was still filming for Growing Pains in the mid 80’s, he voiced the character of Linus Van Peltーone of the cartoon’s main protagonistsーin the 1985 animated series, The Charlie Brown and Snoopy Show. The following year, he once again played Linus in the primetime animated TV special, Happy New Year, Charlie Brown! (1986). Since then, he has gone on to play the character two more timesーonce in the TV movie, Snoopy!!! The Musical (1988), and another in the TV mini-series, This is America, Charlie Brown (1988).

What has the former child actor been up to these days? Is he still working in the show business or has his career taken off in a different direction? If he’s still acting, what are some of the latest projects that he’s been involved with? What happened to Jeremy Miller? Where is he now in 2018? 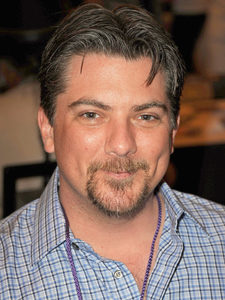 Born on October 21, 1976 in West Covina, California, Jeremy James Miller is the son of James and Sonja Miller; the oldest out of three children, he has two younger brothers named Joshua and Adam. While he was still in grade school, Miller was scouted by a talent agent who later casted him in a television commercial for McDonald’s. After appearing in a few advertisements, he began to ponder the possibility of working as a young actor. Deciding to go for it, he attended a number of auditions from which he eventually landed his first TV appearance in an episode of the family comedy, Punky Brewster (1984). The following year, he appeared in the made-for-television movie, Deceptions (1985).

In an interview conducted while he was promoting a California-based rehabilitation center, the actor revealed that he in fact, has been suffering from alcohol abuse for several years. According to Miller himself, he started to drink alcohol at the age of four. Fortunately, he was later able to come clean after receiving an implant that helped to release Naltrexone into his system. Shortly after his appearance in Deceptions, he received the biggest breakthrough of his career when he was cast as Ben Seavers, one of the lead protagonists, in the ABC sitcom, Growing Pains (1985); he was only nine years old at the time. 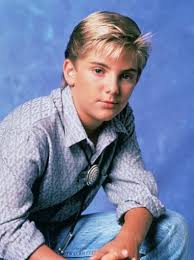 The brainchild of Neal Marlens, Growing Pains revolved around the lives of the Seaver family, which is headed by Dr. Jason Seaver, a psychiatrist and his wife, Maggie Seaver, who recently went back to work as a reporter. Due to the fact that he works from home, Jason is given the responsibility of taking care of their children, Mike, Ben, Carol, and Chrissy Seaver. While actors Alan Thicke and Joanna Kerns portrayed the roles of Jason and Maggie respectively, Miller played as Benjamin Hubert Seaver aka Ben, their rambunctious son. The main cast of the sitcom also consisted of Tracy Gold, Kirk Cameron, Ashey Johnson and Leonardo DiCaprio.

Premiered on the ABC Channel on September 24, 1985, Growing Pains quickly proved to be a huge hit among audience members. During its first season, it attracted close to seventeen million viewers to their TV screens. Rising in popularity throughout the next couple of seasons, the sitcom eventually went on to peak at number five on the Nielsen ratings in 1987, having garnered over twenty one million viewers. Praised by many for being a solid, family sitcom, Growing Pains achieved consistent ratings throughout its seven-season run from 1985 until 1992. One of the most popular shows of its kind at the time, it netted countless accolades including three Golden Globe Award nominations and a Primetime Emmy Award nomination, and countless others. Perhaps Miller’s biggest live-action role on television, it also earned him two Young Artist Awards for “Best Young Supporting Actor in a New Television Series” in 1986 and 1988, among four nominations.

Seven years after the show was originally broadcasted, Growing Pain wrapped up after airing its series finale on April 25, 1992. Having starred in the sitcom for its entire run, Miller inevitably grew alongside his on-screen character. 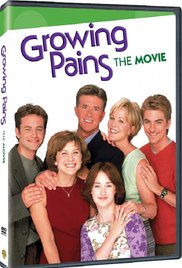 Several years after the release of the ABC sitcom, the actor reprised his role as Ben Seaver in the made-for-television sequel, The Growing Pains Movie (2000). Written by Michael Sullivan and David Kendall, the movie focused on the lives of the show’s main charactersーall of whom have moved on with their lives since they were last seen in the sitcom in the early 90’s. Eight years after the events of the original series, Mike has become a successful company executive with four kids, Carolーa successful lawyer in Wall street, Chrissyーa high school student, and BenーMiller’s characterーa pool cleaner. Mainly centring around Carol and her attempt to enter and win an election campaign against her old boss, she later finds herself falling for Scott Coffer, a handsome man who worked as the other campaign manager.

In addition to Miller, The Growing Pains Movie saw the return of most of the original cast including Alan Thicke, Joanna Kerns, Kirk Cameron, and Tracey Gold. Released via ABC on November 5, 2000, the reception garnered many positive reviews from fans of the 80’s series; the actors in particular received much praise for brilliantly recapturing their respective characters. All in all, the TV film was a fairly solid releaseーit even earned itself a Young Artist Award nomination for “Best Family TV Movie/Pilot – Network” in 2001.

Four years later, Miller once again played Ben Seaver in the second and final reunion film, Growing Pains: Return of the Seavers (2004); it also marked his return to television after a prolonged break from acting. Directed by one of the show’s own stars Joanna Kerns, it followed the Seaver parents as they try to sell their houseーa reasonable decision now that their children have left the nest. While preparing to sell the property to one of Carol and Mike’s childhood friends however, the Seaversーwith the exception of Ben who is actually working as the realtorーmake themselves known that they are not keen with the idea. After realizing what the home means to everyone and his parents’ decision, Ben later makes the house unsellable, which proves to be a happy ending for everyone involved.

As with the earlier sequel, Growing Pains: Return of the Seavers saw Alan Thicke, Joanna Kerns, Tracey Gold, and Kirk Cameron reprising their respective roles in the film. A few guest characters were portrayed by Billy Slaughter, Kelly Collins Lintz, Justin DuBose and Brittany Robertosn. Released on television on October 16, 2004, it received mostly mediocre reviews from critics; having said that, it was praised by many of the sitcom’s original fans.

Other Highlights from Jeremy Miller’s Career in the Show Biz 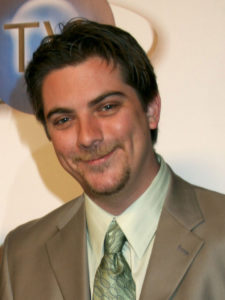 Aside from being known for his portrayal of Ben Seaver, Miller is also recognized for being the voice behind Linus Van PeltーCharlie Brown’s best friend who is noted for his blue security blanket, in a number of Peanut cartoons. He first played the character around the same time as the start of Growing Pains, in the 1985 animated series, The Charlie Brown and Snoopy Show. A popular Saturday morning cartoon, it ran for three years from 1983 until its end in 1986. From there, Miller once again lent his voice to Linus in the primetime animated TV special, Happy New Year, Charlie Brown!, which aired on New Years Day in 1986. In 1988, the actor was also involved in Snoopy!!! The Musical, and This Is America, Charlie Brown!.

A few years later, Miller was cast as Craig Mitchell in the children’s mystery series, Ghostwriter (1992). Also starring Todd Alexander, Blaze Berdahl, Marcella Lowery and David Lopez, it revolved around a tight-knit group of friends who help to solve crimes in the neighbourhood with the help of an invisible ghost, whom they refer to as Ghostwriter. Playing one of the supporting characters, the actor was first introduced in the sixth episode of the first season, after which he appeared for a four-episode arc. Since then, he’s also appeared in Von’s Room (2006), Milk and Fashion (2007), Never Have I Ever (2009), and Ditching Party (2010).

From the looks of his IMDb page, the 40-year-old actor has a few projects for us fansーone of them being the sci-fi film, Aaah! Roach! (2017). Directed and written by Jenni Gold, it will revolve around a group of college students who accidentally unleash a swarm of chemically-enginerred man-eating roaches on their school campus. In the movie, Miller will be playing as Professor Gilbert; other members of the cast include Jason Mewes, Jennifer Wenger, Grace Van Dien, and Barry Bostwick.

In addition, he will also be playing a starring role in the upcoming horror thriller, Awakening (2017) which  will also feature Teri McMinn, Jesse-Jane McParland and Duy Beck as members of the main cast, and in the comedy, Mariguana (2017).

If you’d like to stay up-to-date with the California-born actor, you can do so by following Jeremy Miller on social mediaーyou can find him on his official Facebook page at @JeremyJamesMillerPage.