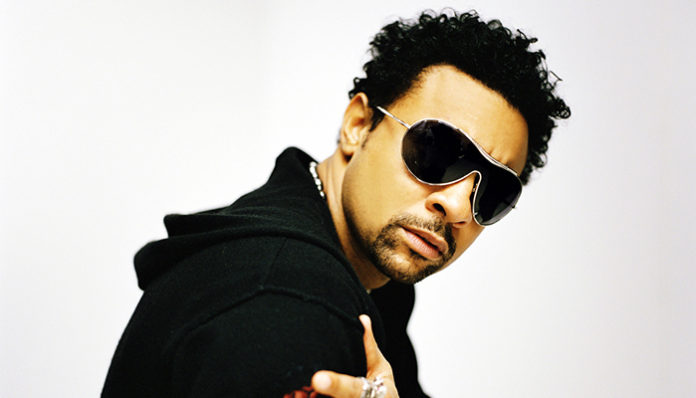 Born in Jamaica, Orville Richard Burrellーotherwise known as Shaggy is a musician who is best known for the hits: It Wasn’t Me, Boombastic, Angel, and Oh Carolina. Having always been interested in music, he was reciting lyrics and performing on the benches by the time he was in high school. At the age of nineteen, the aspiring singer started taking voice lessons; he later began performing in the streets with a few of his friends. The next year, he recorded a number of songs including Big Hood, Man A Mi Yard, and Bullet Proof Buddy, after which he enlisted and served in the US Marine Corps. Following his time in service, he once again set his eyes on a music career. In 1993, Shaggy made the first leap toward stardom, having successfully obtained a recording deal with Virgin Records. Later that summer, he released his debut studio album entitled, Pure Pleasureーwhich gave rise to one of his hit singles, Oh Carolina.

Eventually, he released a second full-length album, Original Doberman in 1994; it was subsequently followed by his breakthrough album, Boombastic (1995) which went on to sell over a million copies in the United States. Since his first record, Shaggy has released ten studio albums, seven compilation albums and close to forty singles. To date, his fifth album Hot Shot is the most successful out of his career, having received 6x Platinum certification. Of course, like many over artists, Shaggy has also collaborated with a number of other musicians such as Maxi Priest, Eric Singleton, Arash, Barrington Levy, Bob Sinclar, and Lumidee, to name a few. Some of said tracks include: Don’t Wanna Fight, Sunglasses (Keep Ya Shades On), Christmas in Jamaica, She’s a Lady, and Cheap & Clean. In 2001, he also released a promotional single, Freaky Girl (feat. The Kraft) which charted on the Billboard 200.

One of the most popular rap artists of his era, Shaggy’s work in the industry has garnered him six Grammy Award nominations throughout his careerーone of which was a win for the category of Best Reggae Album. Aside from that, he’s also received nominations for three American Music Awards for the categories of “Internet Fans Award”, “Favourite Rap/Hip Hop Artist”, and “Favourite Male Pop/Rock artist”. Named after the cartoon character form the popular animated cartoon Scooby Doo, Shaggy has also appeared on television numerous times. For instance, he’s been a guest on Late Night with Conan O’Brien (1995), Saturday Night Live (2001), Jenny Jones (2001), The Wayne Brady Show (2002), The Late Late Show with Craig Ferguson and Lopez Tonight (2011).

So what has the 48-year-old musician of Jamaican descent been up to lately? Does he have any new music material up his sleeve for fans? If not, what has he been working on recently? What happened to Shaggy? Where is he now in 2018? 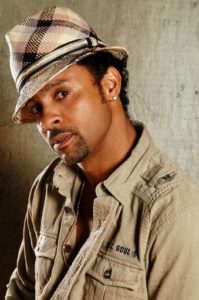 Born on October 22, 1968 in Kingston, Jamaica, Shaggy (Birth Name: Orville Richard Burrell) is the son of Clinton Burrell and Veronica Miller. Growing up, his father was out of the picture; he was raised by his mother and maternal grandparents. After living in a traditional Jamaican house for much of his early life, he moved to Brooklyn, New York at the age of eighteen, where his mother had been living at the time. Despite his love for musicーsomething which he’d always wanted to pursue, a steady income proved to be more of a pressing matter at the time. Consequently, he enlisted and joined the US Marine Corps; during his time in service, he was stationed at North Carolina’s Camp Lejeune.

Despite all of the time that he spent in the armed services, his passion for music never left himーin fact, he continued to perfect his singing voice while in the Marine Corps. As dedicated to his music as he is to his country, it also wasn’t uncommon for him to drive 18 hours every weekend while on active duty, to record his jams in New York City. In 1992, he waxed a cover of Oh Carolina which proved to be a major success; an instant hit, it vaulted itself all the way to the top of the English pop charts the following year. After much perseverance and hard work, Shaggy successfully landed a recording deal with Virgin Records in early 1993ーfrom there, all that was left was to record and release his debut album. Pure Pleasure, as it was entitled, was eventually released in the summer of that year.

Shaggy’s Career as a Recording Artist 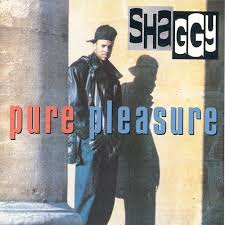 Produced by O. Burrell, Pure Pleasure was released in stores on July 30, 1993. His first professional record, it boasted sixteen tracks including All Virgins, Bedroom Bounty Hunter, Bow Wow Wow, Follow Me, Soon Be Done, and Give Thanks and Praise; a small handful of songs even featured artists such as Rayvon and Sylva. Regarded as a dancehall album by some individuals, it was created having drawn inspiration from artists such as Yellowman.

Despite the fact that it’s a fairly enjoyable album, however Pure Pleasure garnered mixed reviews from critics; for instance, while Q Magazine gave it four stars, while Allmusic only gave it a two and a half star rating. Regardless, it went on to spawn four singles: Oh Carolina, Nice and Lovely, Soon Be Done, and Big Upーthe first of which remains to be one of his most popular hits to this day.

The following year, Shaggy dropped his second studio album entitled, Original Doberman. His first record with the dancehall label Greensleeves, it contained thirteen reggae tracks; a few highlights include We Never Danced to the Rub-a-Dub Sound, Soldering, Man a Yard, Bullet-Proof Buddy, and Kibbles and Bits. Although it didn’t end up producing any singles, it did feature a few duets (e.g. Lately, Get Down to It, Wild Fire) with fellow Reggae singer, Rayvon. Although the reviews that it received were not too bad, it did not end up ranking in any charts. 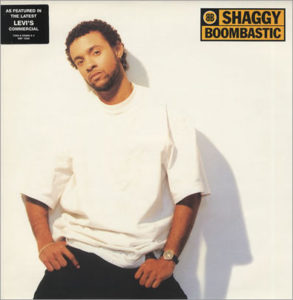 Finally, the singer received the big break that he’d been waiting for with his third album, Boombastic. Produced by Bobby Digital, Tony Kelly, and Robert Livingston, its fourteen-song track list featured a number of guest artists such as Wayne Wonder, Grand Puba, Ken Boothe, and Gold Mine. Some of the memorable numbers included in the disc include: How Much More, The Train is Coming, Why You Treat Me So Bad, Woman a Pressure Me, Forgive Them Father, and Heartbreak Suzie. In the United States, the album also contained two extra bonus songsーBoombastic (Sting Remix) and In the Summertime (Rayvon & The Ripper Remix).

A major breakthrough for Shaggy, the album received stellar reviews from critics and fans alike. Given a perfect five out of five star rating by Allmusic, it later also garnered the artist his first Grammy Award for the category of “Best Reggae Album”. A chart topper, Boombastic was supported by five singles, one of which went on to peak at number three on the Billboard Hot 100 Chart. Met with similar success internationally, it also made its way onto the charts in Austria, Australia, Germany, New Zealand, Switzerland and the UK. His most successful album at the time of its release, it has since sold over a million copies in the United States, making it Shaggy’s first album to attain Platinum status.

Following another album release in 1997, Shaggy released his best-selling album yet, Hot Shot in the summer of 2000. Produced by Robert Livingston under the MCA label, it’s noted for incorporating elements of R&B on top of its dancehall and reggae sounds. His first album in three years, the collection of fourteen-songs also featured several guest artists such as Prof. T, Pee Wee, Samantha Cole, The Kraft, and Mista Mydas. A few of the titles from the album include: Why Me Lord? Keep’n It Real, Freaky Girl, Not Fair, Hey Love, and Lonely Lover. In addition to its many tracks, it also featured a music video of Dance & Shout. 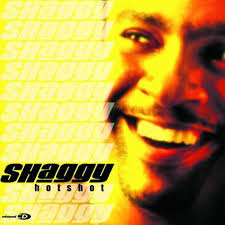 Immensely popular amongst fans, Hot Shot was ultimately a quick-seller in stores. Not long after being made available, it peaked at the top of the Billboard 200ーmaking it his first number one album.  Aside from the United States, it was also a chart topper in the UK, New Zealand, Germany, and Canada; it also peaked at number two in Switzerland, Australia and Austria.

The second highest-charting album of 2001, it was supported by four singles: Dance & Shout/Hope, Luv Me Luv Me, Angel, and It Wasn’t Me; out of them, two ended up receiving 3x Platinum certification by the ARIA in Australia. As of June 2001, it has been certified Platinum six times by the RIAA in the United States.

Following that, it wasn’t until the fall of 2002 that Shaggy released his next album, Lucky Day. A step away from his preceding works, it incorporated sounds of reggae fusion, as opposed to featuring strictly reggae. Having recruited the help of O. Burrell once again for its production, the album consisted of fifteen songs (seventeen in the UK edition); a few standout numbers include: These Are the Lips, Walking in MY Shoes, We Are the Ones, Hey Sexy Lady, Strength of a Woman, and Shake Shake Shake.

Although not as big of a hit as his 2000 breakthrough, it still managed to peak at number twenty eight on the Billboard 200. Overseas, it also charted in several other countries such as France, Germany, Italy, Austria, Switzerland and the UK. Nonetheless, Lucky Day received mostly mixed reviews from critics; while it received some positive ratings from publications such as The Village Voice and People Magazine, others such as The Guardian and AllMusic were a little more critical of its musical contents. Just a few months after its release, the album was certified Gold by the RIAA for having sold over 500,000 copies in the United States. 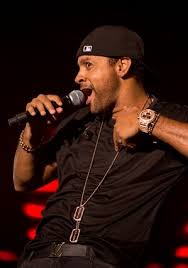 Just a few days ago, it was announced that Shaggy will be performing at the Pakistan Super League (PSL) opening ceremony over at the Dubai International Stadium. Joining him up on the stage will be some of Pakistan’s greatest singing icons including Shahzad Roy and Ali Zafar. The ceremony, which will include a brilliant display of fireworks, is set to take place on February 2nd, 2017. In a subsequent video uploaded by the reggae star himself, he urged his fans to “come and sing some of [their] favourite Shaggy numbers with [him]”.

On top of that, the Grammy Award-winning artist will also be headlining the MayJah RayJah 2017 Music Festivalーa two-night event that will be held at the Waikiki Shell on July 28, and July 29, 2017. Other featured musicians include Katchafire, Sammy Johnson and SOJA.

If you’d like to stay up-to-date and connected with the 48-year-old Jamaican reggae singer, you can do so by following Shaggy on social mediaー you can find him on Instagram at @direalshaggy.