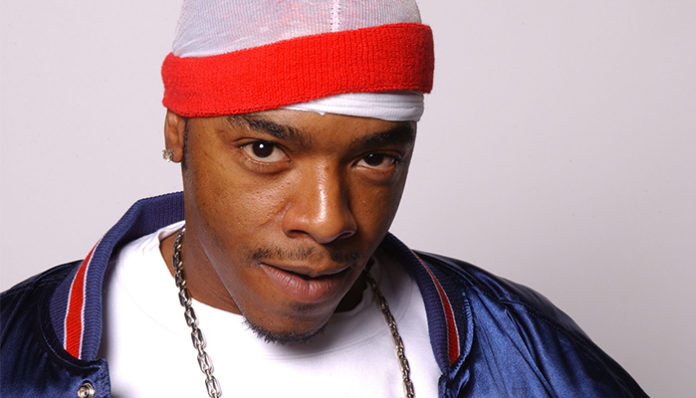 Mark Althavean Andrewsーbetter known as Sisqo, is an American singer who first broke into the music scene as a member of the R&B group, Dru Hill. Raised in Baltimore, Maryland, hip hop had always been one of his passions. While still in middle school, he co-founded a singing group called Legacy with his friends Larry Anthony, James Green, and Tamir Ruffin. In attempts to make a name for themselves, they began performing at various venues over the next few years. Eventually, they also landed a gig working at a local fudge factory, where they were known for entertaining guests while making fudge. In 1995, the band was discovered by Hiram Hicksーan executive for the Island Black Music labelーduring a talent show. Noticing their potential, he subsequently invited them to New York to record a song for the film, Eddie (1996); soon afterward, they were offered a recording deal. Recommended to change their name, Sisqo and the rest of the group eventually decided on Dru Hillーnamed after Druid Hill Park.

In the winter of 1996, Dru Hill released their self-titled album, Dru Hill. Popular amongst hip hop fans, it served as a powerful debut for the group. Two years later, they dropped their second full-length album entitled, Enter the Dru (1998)ーwhich remains to be their most popular album to date, having gone Platinum twice in the United States. Since then, Sisqo and his bandmates have released two more albums, Dru World Order (2002) and InDRUpendence Day (2010). While they both charted in the US, none ended up rivalling the level of success achieved by their previous releases. Throughout their time together, the quartet have also released fifteen singles; some of their most popular hits include: In My Bed, Never Make a Promise, We’re Not Making Love No More, Tell Me, and How Deep Is Your Loveーthe last of which featured fellow R&B artist, Redman.

Shortly after the release of their 1998 album, Sisqo also embarked on a solo music career. Signing on with Def Jam Recordings, he later released his debut album entitled, Unleash the Dragon in 1999. Proving itself to be a smash hit, the multi-platinum certified album has since sold over five million copies in the United States alone. After a second solo album release in 2001, it wasn’t until over a decade later that he came out with his third full-length album, Last Dragon in 2015. Outside of music, Sisqo has also acted in several television series and films such as Linc’s (2000), Untitled Sisqo Project (2001), Sabrina, the Teenage Witch (2001), Snow Dogs (2002), and Surf School (2006), amongst a couple of others.

So what has the vocalist of Dru Hill fame been up to recently? Has he worked on any new solo material? What’s been keeping him busy as of late? What happened to Sisqo? Where is he now in 2018? 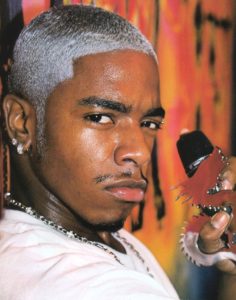 Born on November 9, 1978 in Baltimore Maryland, Sisqo (Birth name: Mark Althavean Andrews) is the son of Alonzo and Carolyn Andrews; he has an older sister named Donisha. Growing up, his friends had always called him “Sisqo” as his childhood friends had always thought that he looked Latino with his light, curly hair; he would ultimately adopt the moniker as his stage name later on. As a teen, he went to Mergenthaler Vocational Technical High School for several years before graduating in 1994. While he attended school, he worked a number of part-time jobs including those at a movie theatre and a pizza parlour. In 1995, Sisqo and a few friends from high school Woody Rock “Woody”, Tamir Ruffin “Nokio”, and Larry Anthony “Jazz” formed an R&B group called Legacy.

Soon afterward, they began performing at various local venues around the Baltimore area; they even took to the stage at Morgan State University at one point. Continuing to make a name for themselves, the group eventually landed a job at a local fudge factory called The Fudgery, where they were known for entertaining guests while making and serving grudge. One fateful night, Legacy was performing at a local talent show when they caught the attention of Hiram Hicks, the head of Island Black Music Records. Immediately recognizing their potential, he subsequently flew them down to New York to record a song for the film, Eddie (1996). Before long, the quartet was offered a recording contract with the label; upon the offer however, they were suggested to change their name. After a period of contemplation, they decided on Dru Hillーnamed after Druid Hill and Druid Hill Park, a neighbourhood and park where they all grew up in. 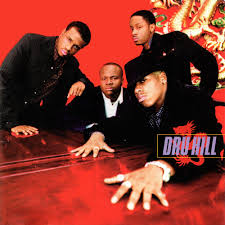 On November 19, 1996, the American R&B group released their eponymous debut album, Dru Hill via Island Records. Just a little under an hour in length, its production was handled by Hiram Hicks, the man who was responsible for the launch of their career, as well as Stanley Brown, Daryl Simmons, Keith Sweat, Andre Bell, Benjamin Love, and a few others. Recorded between a period of a year, it boasted fifteen songs, the last of which featured guest artists Da Brat and Jermaine Dupri; a few numbers from the disc include What U Want, April Showers, Share My World, Love’s Train, Nothing to Prove, and Satisfied.

A relatively successful debut, it managed to peak at number twenty three on the Billboard 200 shortly after its release; it also reached number five on the US Top R&B and Hip Hop Albums Chart and number two on the Top Heatseekers Chart. While the album’s songs featured vocals from all of the band’s members, Sisqo performed solo in three tracks including: Share My World, In My Bed, and Love’s Train. Praised as “an impressive debut” by critic Rob Theakston writing for Allmusic, it was also given a modest three star rating from The Rolling Stone. Supported by four singles, Never Make a Promise, 5 Steps, In My Bed, and Tell Me, all of which were accompanied by a music video, Dru Hill has since sold over a million copies in the United Statesーmaking it the group’s first Platinum certified album in the country.

In the fall of 1998, two years after their debut, Dru Hill released their second studio album entitled, Enter the Dru. The first album to have the group credited as executive producers, many of its songs were also written by the members themselves; for instance, Sisqo helped pen Enter the Dru, Real Freak, This is What We Do, You Are Everything, and Nowhere Without You. Unlike their previous album which featured vocals from the entire group, the songs in Enter the Dru were mostly performed by Sisqo, who served as the lead vocalist. Recorded over three weeks in Los Angeles, California, it contained seventeen tracks including What Do I Do with Love, I’ll Be the One, One Good Reason, Holding You, and I’m Wondering.

Their best-selling album to date, Enter the Dru peaked at number two on the US Billboard 200ーwhich was a significant jump in ranks compared to their debut effort. Later on, it also reached number two on the Top R&B and Hip Hop Albums Chart. Given a perfect four out of four star rating from the Los Angeles Times, it eventually went gold just two months after its original release. From there, Enter the Druーwhich went on to produce three singlesーwas certified Double Platinum by the RIAA the following year in May 1999. So far, over two million copies of the album have been sold in the US. 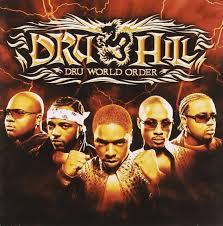 Following the release of their second full-length album, many members of the group began focusing on a solo music careerーincluding Sisqo. It wasn’t until four years later, that they managed to put together a studio album entitled, Dru World Order (2002). Released that November, it became the only album to feature Dru Hill as a quintet, as Rufus Waller had been added to the group’s original lineup. Co-produced by the band, it included thirteen tracks, including Never Stop Loving You, Men Always Regret, No Doubt, Old Love, and If I Could.

Unlike their preceding album which featured Sisqo as their main singer, Dru World Order once again saw all of the members sharing vocal duties. Upon its release, it peaked at number twenty one on the US Billboard 200 chart and at the second position on the Top R&B and Hip Hop Albums Chart, selling approximately 122,000 copies in the first week. Despite this however, it ultimately did not live up to the success of their 1998 album. Met with mediocre reviews, the album’s lack of breakthrough success would ultimately lead the group to go on a second hiatus.

Close to a decade later, Dru Hill reunited once again for the release of their fourth album, InDRUpendence Day (2010). Recorded between 2008 and 2010, it is also their first album to feature the addition of Antwuan Simpson “Tao” as their fourth member, after he’d won a talent show called Dru Idol. Released under the Kedar Entertainment Group, it boasted eighteen tracks R&B and soul tracks, some of which included Shut It Down, State of Emergency, Back to the Future, How Deep is Your Love, Rule the World, Below Zero, and Can’t Stop.

Moderately successful upon hitting stores, InDRUpendence Day went on to peak at number thirty on the US Billboard 200 Chart and at number ten on the Top R&B and Hip Hop Albums Chart. Upon its release, Allmusic gave it a three star rating while other publications such as USA Today and Silent Magazine  gave the album two and a half star ratings, having been more critical of its contents. While it eventually spawned three singlesー Back to the Future, Remain Silent, and Love MD, none ended up reaching the charts, despite being their first records in eight years.

As a solo music artist, Sisqo has released three full-length albums; the first, Unleash the Dragon was made available on November 30, 1999. Critically acclaimed, the collection of thirteen songs went on to earn 5x Platinum certification from the RIAA. Since then, the R&B artist has also released Return of Dragon (2001), and Last Dragon (2015), the first of which eventually went Platinum in the United States.

Reuniting with Dru Hill, Sisqo and the rest of the band will be hitting the stage for a performance at the Tampa Spring Jam Concert, which is set to take place on April 21, 2017 at the USF Sun Dome. According to the announcement, the event will also feature the artists: 112, Guy, Tony! Toni! Tone!, Doug E. Fresh, and Silk. If that tickles your fancy, you’ll be glad to know that tickets are still available for purchase!

In terms of what he’s has been up to these past few months, Sisqo and the band recently performed at the 2016 Soul Train Awards, which took place this past November. Around that same time, the group also debuted the full version of their song, Change.

If you’d like to stay connected with the R&B vocalist, you can do so by following him on Twitter at @OfficialSisQo or on Instagram at @sisqo.