Tips for Getting Pregnant – How To Increase Your Chances 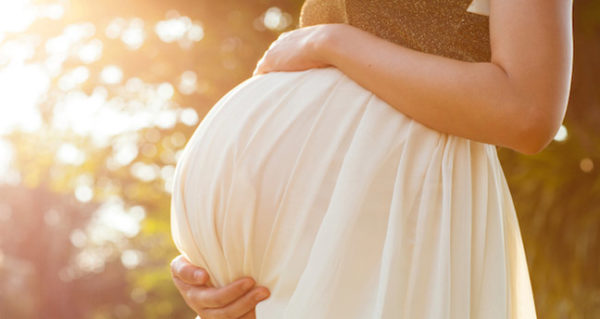 Planning a family can be difficult. Between determining finances, planning for the future of the child, and making sure you’re ready to be parents, it can be a stressful time. Unfortunately, sometimes the act of getting pregnant can be stressful as well, with plenty of waiting and wondering and trying. Is there a way to turn the odds of getting pregnant in your favor? Here, we take a look at some of the best tips to ensure you get pregnant, as well as how to ensure your new bundle of joy will be as healthy as possible.

Some Things to Consider before becoming pregnant

For those looking to become pregnant, it may be well advised to see your doctor beforehand. This is due to the fact that certain conditions may be worsened or appear as a result of pregnancy. Some of these issues include those that cause excessive bleeding, prediabetes or diabetes, liver and heart conditions, as all may cause complications for the mother during pregnancy. Likewise, if possible genetic counseling may be advised to prevent disabilities in children. Lastly, physical fitness of both partners may affect how easy it is to conceive children. Therefore, maintaining a healthy diet and regular exercise schedule several months and during the attempt at conception may prove fruitful.

How to increase the odds of getting Pregnant

Of course in all things, part of being successful at a task, especially becoming pregnant, is planning successfully. As you may guess, there are several things both men and women can do to increase the chance of a pregnancy. Here, we’ll take a look at some of the biggest contributors.

Tips for Women to Increase Odds of Pregnancy

Aside from being a generally good idea throughout life, diet and physical activity are particularly important before and during pregnancy. Fat can often cause a disrupting increase in estrogen in women, which can alter or halt ovulation for significant periods of time. This can, as you may already suspect, greatly decrease the chances of fertilization. In terms of diet, increasing the amount of choline (found in eggs, cauliflower, and beef liver) can increase fertility and aid in fetal development, as can folic acid and Omega 3 Fatty acids and DHA. Do keep in mind that both Omega 3 and DHA may come from fish sources, but deep water fish and sushi are both not advised at this time due to the risk of consuming too much mercury or potential other complications.

As many women already know, stress can throw off the menstrual (and thus ovulation) cycles quite a bit. Practicing relaxation techniques, yoga, or simply taking time to take care of yourself can be both good for you, as well as increase the chances of having a baby.

Now, I know I just said to watch your diets and fats, however, those fats that do come from nuts or whole diary may, in small quantities, aid in both conception and early fetal development. Replacing one cup of skim milk with whole would be enough of a switch to increase the odds in your favor.

This suggestion, I will be frank, hurts to type. Coffee has become ubiquitous in our society and is the mainstay of many homes, leading to plenty of both relaxing and invigorating moments. However, large amounts of caffeine can cause infertility, or while pregnant, can contribute to a miscarriage. It is often recommended to limit coffee intake to around 10oz per day at maximum.

Tips for Men to Increase Odds of Pregnancy

Contrary to popular belief, the habits of the father-to-be may very well affect the likelihood of pregnancy and even the health of the child during early development. Here, we’ll take a look to see how dad can do his part.

Much like for the mother, diet and activity levels are very important for both conception and the health of the child. As mentioned in the diet and activity portion for women, fat can cause a rise in estrogen levels, which may cause adverse patterns in ovulations in women, as well as lowered sperm count in men. Ironically, overly high levels of testosterone can also cause infertility (either temporary or permanent) in men, and can thus lead to issues in causing pregnancy. To improve sperm health and performance, it is recommended that a healthy exercise regiment be followed, as well as a diet high in vitamin C, Folic Acid, Zinc and Vitamin E. Hydration also helps sperm motility, so drinking plenty of water will almost certainly help your odds. Lastly, in terms of supplements, try to avoid St. John’s Wort if at all possible, as it can not only cause impotence, but can also reduce sperm count.

Tips for Couples to Increase Odds of Pregnancy

While also sound advice during pregnancy, it is a good idea to avoid drugs and alcohol when attempting to get pregnant. In a 2004 article from the Journal of American Epidemiology, a study did show that those individuals who consumed alcohol around the time of conception increased the risk of miscarriage during the first trimester of pregnancy by between 2 and 3 times in women, and 2 to 5 times if their partner had been drinking. Likewise, tobacco and other drugs can cause errors in early fetal development.

This may come as no surprise, but increased sex before ovulation will greatly increase the odds of pregnancy as opposed to sex at any other point of the month. Generally, ovulation occurs two weeks after menstruation begins, and can last between days 12 and 16. An increase in sexual activity from 8 days after menstruation until the following week should allow for fertilization. Do keep in mind that these numbers are a best estimate for those who have regular cycles. Those experiencing irregularity may still not be successful due to difficulty in timing, and may also have the potential of having underlying medical issues that should be evaluated before proceeding.

What Should You Do After Becoming Pregnant?

If these tips have previously helped, and you’re (or your partner) is now pregnant, first of all, congratulations! Now, we’re going to take a look at some things you can do to increase the health of the mother and child alike.

Maintain A Healthy Diet While Pregnant

Not to beat a dead horse, but keeping a healthy diet full of the nutrients needed to grow and develop your child is critically important. Of particular interest are again the nutrients Folic Acid, Choline, B vitamins and protein, which aid in neural and muscular development of the fetus. Avoiding herbs such as licorice, ginseng and sassafras are also recommended as they can inhibit these processes or cause damage to the fetus.

While this should also be a concern before pregnancy, be sure to talk to your doctor about any current medications you are on to ensure both your own safety and the safety of the fetus. There are multiple classes of drugs which can have undesirable effects regarding fetal development and can also have side effects on women during pregnancy.

During pregnancy, the CDC also recommends that women look into getting Whooping Cough and Flu vaccines to protect both you and the fetus from potential tragedy later on.