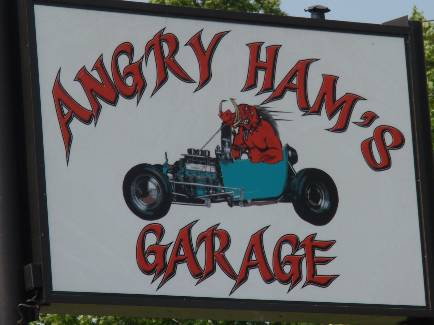 18 months ago, Tim Hanna entered into a partnership with his friends Richie Olson and former professional hockey player, Lindon L.B. Meyers to open Angry Ham’s Garage. However, Richie and L.B’s previous trouble with the law has stopped them from receiving a liquor license. In L.B’s case, this is due to his trouble with a DUI. In order to appease the city, Tim took sole ownership of the bar and put up all the money himself. L.B was put in charge, and Richie was put in charge of installing motorcycle fixtures around the bar. Still, Angry Ham’s Garage has a bad reputation with its neighbors. Richie and L.B’s reputations have not helped Angry Ham’s Garage to grow any further. Tim is also blamed to be running Angry Ham’s Garage like a living room lounge, instead of like a real bar – there is little management, and Tim has caused a definitive rift between the kitchen staff and waiting staff.

Jon Taffer has been called in by Tim Hanna to prevent Angry Ham’s Garage from closing down. To help Jon perform a stakeout and some reconnaissance measures, chef Brian Duffy has been called in. The first thing Jon points out is the garage that Angry Ham’s Garage is placed in – it literally is a garage, and does not feel reminiscent of a proper restaurant. L.B is known for his fights in the NHL, where he is among the top 10 fighters of all time, Rich brings the auto theme to the table, and Tim looks like he would be a restaurant type guy. Chef Brian heads into the bar, which is a 2500 square foot venue with a horseshoe bar, three service stations, and a large dining area.

Chef Brian enters the restaurant and orders a margarita with Jose Cuervo, which they do not have. There is a mass confusion about the type of tequila the restaurant has, and then orders a ham cheeseburger. To his surprise, there is no extra charge for additional toppings, which means they are easily losing money on additional items. Brian orders a side salad, but the menu is definitive – he can only have fries, the salad is additional. In the kitchen, Brian can hear the chef yelling at the waitresses. Jon enters into the bar and asks Brian about the bar. There is just so much confusion about what the staff can and cannot do. To make things worse, the dining room is entirely empty – only the bar has people in it. 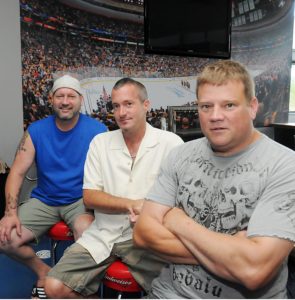 Jon meets with Tim and steps back into the office with L.B and Tim. Jon asks how much money they are losing, but L.B says he does not know because Tim is the sole owner. Tim says he is definitely losing money and is way over the limit, and he even had to sell his car the previous week to make ends meet. L.B insists they can make things better themselves, but Tim points out that it was he who had to sell his car. L.B can help, but he is not allowed to enter behind the bar and bartend. Tim solely feels loyal to his two friends. Jon asks for more details about the city, and L.B explains that he and Ritchie were denied a liquor license. Jon actually went to the city because he wants the city to be behind the bar, and he explains that the city government feels like the name of Angry Ham’s Garage was a slap in their face and that it was named this on purpose. The city hates the place, but Jon feels that they can change the city’s perspective by changing the name. Still, Tim is adamant about the name and Jon walks out of the bar, explaining that his time is being wasted.

Brian and Jon talk at the bar, and Jon feels like there is way too much ego – in the office, Richie, Tim and L.B have the same conversation. L.B runs down to grab Jon and apologizes, explaining that Jon can definitely help. They meet again and Tim admits the business is failing. Jon, Brian and the three partners of Angry Ham’s Garage walk through the bar. Jon says that he walks through the bar and sees only pictures of the three men, as well as a prop of a fist and a sign that says “We don’t call 911.” This is a bad reputation, which is why Jon has to change the name. The following day, Jon assembles the staff and the three partners.

The most immediate change that Jon makes is the removal of much of the decor. In the meeting with the bar staff; he explains that he has had a liquor company come and weigh the liquor bottles. In four days, the staff gave away $2,807 in liquor, which is eight liters of liquor. The staff typically has a drink after work, which does not shock Tim. Chef Dean is problematic at the meeting, and the staff reveals that he is always yelling in the kitchen and creates a temperamental atmosphere.

Jon pulls aside Tim, L.B and Richie to reveal that he has the documents to change the bar’s name. However, Tim has invested money in clothing and other accessories, and he is not eager to sign the papers. Jon reveals the name change to Tim, and Tim says he is now onboard with Jon and has opened his mind. Jon has also called in Brian Van Flandern, who is a Diageo Global Tequila Ambassador and Chef Brian Duffy. Brian is in charge of revitalizing the cocktail menu, and he quickly finds that the bar has no consistency – he is served a margarita in a pint glass. A proper margarita needs to be served in a margarita glass. 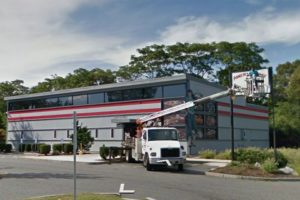 Chef Brian works in the kitchen, and Dean shows him the refrigerator – Angry Ham’s Garage has more than $10,000 in inventory. Refining the menu is a necessity, although Angry Ham’s does have a large pizza that they are famous for. Cheesecake Factory built their reputation on huge portions, so Jon feels like following that formula will work out well. The meeting between Brian, Chef Brian and Jon split up, and they all get to work fixing the glaring issues with the bar.

The interior of the bar is revitalized, although it was already fairly comfortable and open to begin with. In a meeting with the city staff, L.B is absent and Tim explains that he does not have the business’s best interest in mind. Tim lays out the changes and invites the city board to attend the soft reopening, and it seems like the city government has changed their perception of the bar. At the revealing of the bar’s rejuvenation, Jon calls out L.B and pulls aside the three owners. L.B’s actions are inexcusable, and Tim releases L.B from his service at the bar. The bar’s name has been changed to Octane Bar and Grill, and the city officials that attend the opening are impressed.

Octane is still open to this day and is rated highly with a 3.5 star rating on Yelp. The price range is a bit expensive with an average meal ranging from $11 to $20, with around $30 spent on a meal including any liquor or alcohol purchased. Octane Bar and Grill also has a monday special with $5 burgers, and frequently has live bands attend to play shows for live entertainment. Octane Bar and Grill is now monthly turning a profit for owner Tim Hanna.