The main purpose of technology is to make a life easier. We are using technology literally everyday and even our far ancestors used it when they made their first tools out of the wood. New technologies are arriving everyday and they arrive faster than ever. Today, we have devices that really look like they came out of the science fiction movies. Things that were considered impossible before, became a vital part of our life. So, here is our top 10 mind-blowing technologies that you probably don’t even know exist. 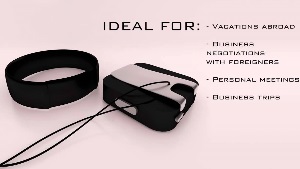 Universal translator is a concept, which many know as a science fiction innovation in the Star Trek series. SIGMO is the universal pocket translator and it is a main proof that the science fiction is slowly becoming a reality. This device can currently convert speech on a 25 different languages. It is usually worn on the wrist, but you can also put it around your neck or attach it to the belt. This device translates everything you say in the desired language and translates other languages ​​into English by only pushing a button. It is wirelessly connected to your smartphone and you just have to install the application. 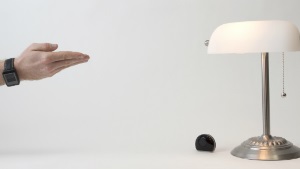 This gesture control device is called Reemo. It is a device that can control nearly everything you want. Instead of searching for light switches, walking to a radio to turn it on or even making coffee, with Reemo you can just point to what you want and control it. You can even lock the doors or arm the security system from a far distance. Reemo can also help seniors to go through the frustration of solving everyday technical problems. Since Reemo uses gestures that are intuitive and natural, it is very simple to use and you will have  no trouble with remembering the commands. 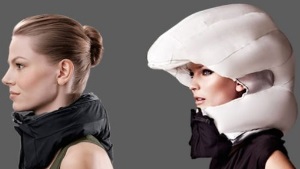 Cyclists often experience serious physical injuries when it comes to the traffic accidents. The main problem is in their inadequate protective equipment, but one Swedish company offered an excellent solution. The Hovding company produced the first airbag for cyclists and motorcyclists, which requires only two-hundredth of a second to “decide” whether to activate or not. CEO Frederik Carling said that this airbag is safe for use and that there is no possibility of spontaneous activation. The mechanism consists of two parts, collar and cover. Collar, which contains the air bag, is made of waterproof material that does not transmit dirt and is very comfortable to wear around the neck. 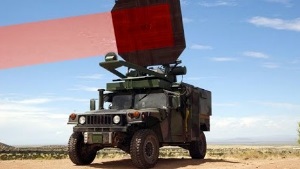 This directed-energy weapon is designed for area denial, crowd control and perimeter security. The Active Denial system was developed by the U.S. military and is not a lethal weapon. Since it’s only function is to heat the surface of targets, such as the human skin, it is often called a heat ray. In 2010, the weapon was deployed in Afganistan as the U.S. army wanted to test it, but it was soon withdrawn without seeing any combat. Currently, the ADS is only a weapon mounted to the vehicle, but both the police and the U.S. Marines are working on portable versions. 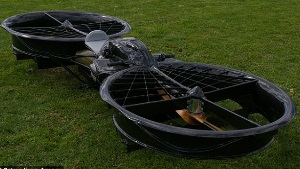 Flying bikes have always tickled our imagination. We have all seen Hagrid’s flying motorcycle in Harry Potter or the Speeder bike in Star Wars, but today, the dream has become a reallity. Some of the most brilliant minds of our time, have created fantastic designs for the not so distant future. While most of them are still only a vision, several designs are in production right now. The Hover Bike is one of the concepts for a flying motorcycle. It has dual propellers and can reach the speed of 170 miles per hour. Perfect way to avoid rush hour traffic. 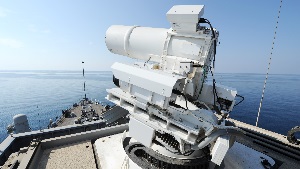 After seven years of research and spending 40 million dollars, the US Navy created the most sophisticated combat system for close encounters. With a surgically precise beams of energy, traveling at the speed of light, laser cannon can completely disable the incoming vessel and bring down the drones. It never runs out of “ammo” and its cost-effectiveness is unquestionable. Each shot costs less than a dollar, which is cheaper than any kinetic weapons. The next step for the new laser gun is to increase its power to more than 50 kilowatts. 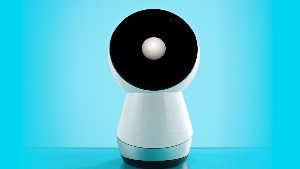 Cynthia Breazeal wanted to create a warm and emotional being, a friend of every man. She created Jibo. Jibo is equipped with many cameras and microphones as well as sophisticated computer techniques. It recognizes faces and can actively participate in the conversation because it understands what people are saying. It is not just a device, but a personal assistant. Therefore, Jibo can read stories to the children, take pictures and allow video calls. It organizes lists of daily tasks with a personal touch that is common only for people, such as tone of voice and giggling. Jibo is connected to the Internet, so it has at its disposal a vast database of news, data and facts. 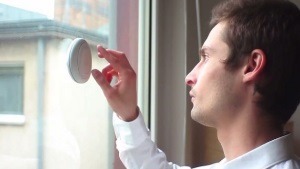 Noise pollution is one of the biggest flaws of modern life, especially in big cities. Transport, drilling machines or the children yelling just below your window are just a few examples of the daily torment. Innovator Rudolf Stefanich and his device Sono, could be a solution. You just place it on the glass window, turn on and wait a few moments, so it can collect vibrations of the sounds from outside. Then the device produces anti-vibrations which cancel noises from outside. Soon we could get windows that come with built-in technology, which works on the same principle as Sono. 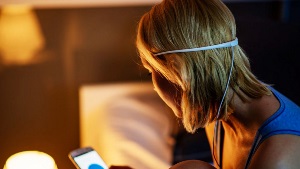 Personal neuro devices are one the latest inventions that can be really helpful in everyday life. This invention is used to calm the mind of the person by changing the frequency of the brainwaves with electromagnetic impulses. The Elf Emmit company is one of the manufacturer of these devices. You can choose the state of mind and body that you prefer the most or you can allow the device to suggest you how your mind should behave. It can help you sleep or learn and can also improve your concentration. 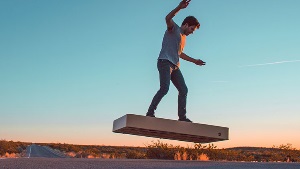 Since the time when Marty McFly presented us with the flying board in the movie Back to the Future, many people have been extremely fascinated with it. So, when the company Arca Space invented first fully functioning flying board, nobody remained indifferent. The board weighs ten pounds and can lift up to 11 times its own weight. You can control this device using a smartphone, which connects with the board via Bluetooth. Flying board can fly for six minutes, before it has to be charged again. Although, pilot should be more skilled to maintain a balance, the manufacturer said that it was no problem.

This is our top 10 list of mind-blowing technologies and a really marvelous human achievements. Do you agree with us? Have you heard of some great technologies that we didn’t mention? Leave your opinion in the comment section below.