Average Pharmacist Salary in 2018 – How Much Do Pharmacists Make 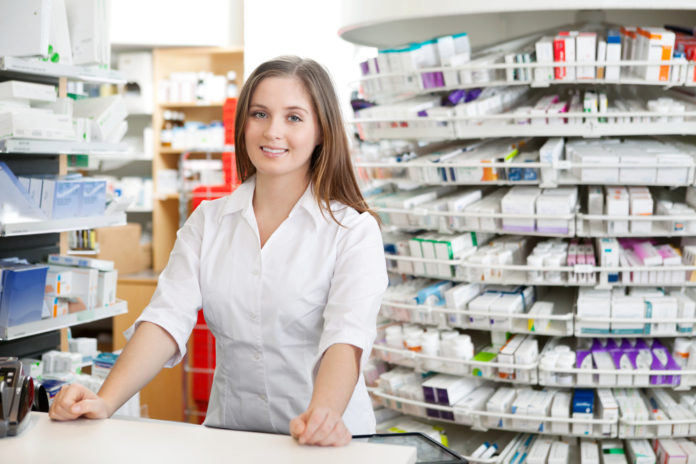 When you think of a pharmacist, you may think of someone who works behind a counter at a drug store at a pharmacy. However, there are also people who work as pharmacists in hospitals and clinics. It’s common knowledge that people who work in medicine are highly paid. Doctors are known for being some of the highest paid people in the country. Being a doctor means that you have to get through tons of school, and so doctors are paid handsomely for their work. Does this same sort of phenomena apply for those that work as pharmacists? Do pharmacists even have to go to school?

I intend to answer both of those questions. Although most people can infer the work that a pharmacist does, some people may not be entirely familiar with how much a pharmacist is actually paid. I’m going to talk about the average salary of your average pharmacist, and I’m going to break down how that salary is affected by outside factors like experience, location, and education. Without further delay, let’s learn a little bit more about how much someone can make as a pharmacist.

Your average pharmacist makes about $115,000 per year, which may seem like an unusually high figure to some people. Although pharmacists obviously don’t work in the same capacity as a medical doctor, they are still paid an equally respectable amount for their work. However, since that’s an average salary, there’s obviously people who are paid more and people who are paid less. How do certain factors affect this income? First, let’s consider how location can affect the salary of a pharmacist. Although there are pharmacies just about everywhere, certain, larger cities have a greater demand for people who work in this field. If you live in a city like Los Angeles, San Diego, Dallas, or Philadelphia, then it’s likely that you will have an easier time finding work as a pharmacist. You may also be able to negotiate a higher pay than others. 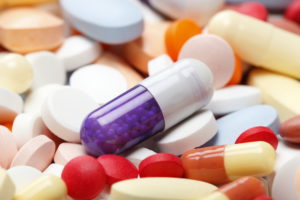 Next, let’s consider how experience can affect the salary of a pharmacist. In most fields, a very common principle exists in the pay of just about everyone. Someone with more experience is almost always paid more than someone with less experience. That’s just how it tends to work, and the same is true for those who work in medicine. A pharmacist with over twenty years of experience can be paid up to $15,000 more than someone with entry-level experience. What accounts for such a vast difference in earnings? To put it simply, someone with more experience in this sort of work is more likely to understand and embody what is expected from them as a pharmacist. They possess the technical knowledge and the intangible qualities needed to thrive in medicine. As a result of their higher quality work, they are paid more.

Finally, let’s talk about how education can affect the salary of someone who works as a pharmacist. Although you may not know this, in order to become a pharmacist, you typically need to have some kind of doctorate. As a result, there usually won’t be much different between the educational level of yourself and your colleagues. With a few notable exceptions, just about everyone will possess the same sort of qualifications that you possess. This means that, in pharmacy, you’re much less likely to be paid less than someone who you work with just because they went to school for a little bit longer than you did. This is a good thing and a bad thing. On one hand, it makes the path to becoming a pharmacist a little less confusing. On the other hand, it can make it to where upward mobility is a little more difficult to come by.

How to become a pharmacist – Do you have to go to school?

Speaking of education, let’s consider what someone actually has to do in order to become a pharmacist. Since working in medicine involves such a large amount of schooling, I think that it goes without saying that you’re going to need to have a high school education. If this is a problem for you because you dropped out of college, then maybe you should consider taking on an exam to receive a GED or something similar. Once you’re ready to start applying for undergraduate programs, you may want to be on the look out for schools that have programs specifically meant for people who want to work in pharmaceuticals. If you can’t find one, then you may also do well to study something like biology or chemistry. You need to make sure that you maintain a strong grade point average during your undergraduate career so that you’re able to get into a good graduate school. 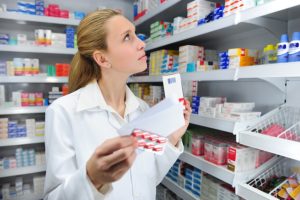 Since you want to be a pharmacist, you have to receive a doctorate. If you were lucky in undergraduate school, you may have found a six or seven year program that allowed you to earn your bachelor’s and your doctorate all at once. If you weren’t able to find one, however, then you should be able to enroll in a four year graduate program to earn your doctorate. Before you even get into graduate school, however, you have to pass a Pharmacy College Admissions Test. You may have thought that your days of standardized testing were over when you graduated from high school, but you were unfortunately wrong. Once you’re finished with your graduate degree, it’s time to start working on becoming licensed. (That is, unless you planned on doing nothing with your doctorate.)

Yes, just like a regular doctor, a pharmacist is required to be licensed in order to legally work. Licensing requirements and regulations can differ from state to state, so I can’t stress how important it is to consult local sources while you determine exactly what is expected of you at this stage. However, generally you’ll be required to pass some form of examination. You’ll be quizzed on your technical and practical knowledge of pharmaceuticals, and as soon as you’re able to pass this final test and get through these final requirements, you’ll be licensed and ready to go. Although you’re going to need to renew this license on a semi-regular basis, from here, you’re home free and completely ready to begin making money in this exciting and important field of medicine.