Farmgirl Flowers 2018 Update – What Happened After The Profit 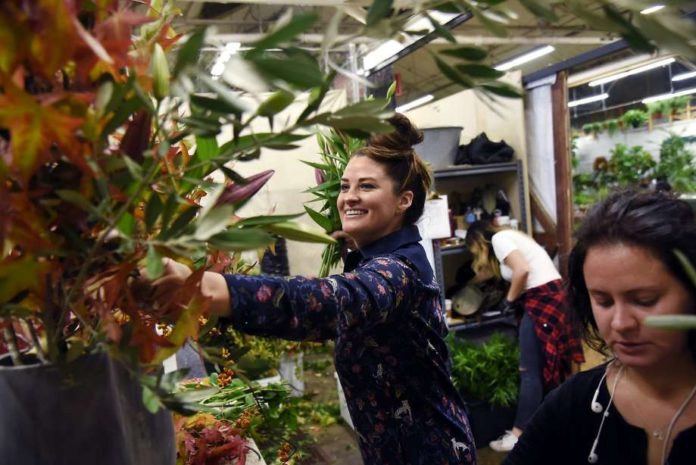 Farmgirl Flowers Before The Profit

Christina Stembel is a country girl through and through. She was raised on a small farm in the rural part of Indiana, so she knows what it means to work hard to get what you want. Being raised in the countryside also exposed Christina to the way local farmers and merchants make their living. She was inspired by the people who made a living for 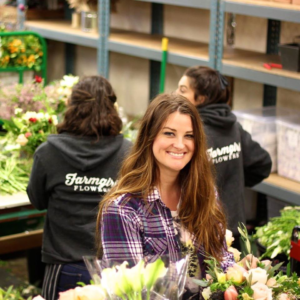 themselves and aspired to be like them.
When Christina started Farmgirl Flowers, she wanted to revolutionize the floral purchasing experience. She created an entirely unique business model where customers no longer arrange their own flowers. Instead, every day there would be a new and unique floral arrangement. This not only cuts back on the stress of the purchaser, but also allows for the business to cut back on wasting the flowers that don’t sell as well as others. It was also incredibly important for Christina that Farmgirl Flowers buy their flowers from American planters. This way all products are guaranteed to be the freshest and also helps promote small rural businesses. It was a way for her to give back to the small communities similar to the one she grew up in.

Building a business from the ground up is no easy task though, and having some outside help is almost always necessary. That’s why Marcus Lemonis  came in to evaluate the Farmgirl Flower business and see what he could do to help make it blossom.

Farmgirl Flowers During The Profit

Marcus travels to San Francisco where Farmgirl Flowers is based and is incredibly excited to meet Christina. He is impressed by her business model and the mission she stands behind. What he wants to do is to learn more about how Farmgirl works, then see how he can make it better. The floral industry is a pretty huge market and although Farmgirl has been doing incredibly well, it’s a challenge to stay on top.

It’s pretty clear from the start that Christina is incredibly proud of her business. She runs a well oiled machine. There is great order structure within the business and all her employees work together. What makes Farmgirl so different from her competitors is that she purchases only from American floral farmers. Additionally, her company only generates about 1% in waste because they only have one daily arrangement. Most other floral businesses waste around 40% of their materials.

Marcus can see the benefits of this business model. Only offering one arrangement to 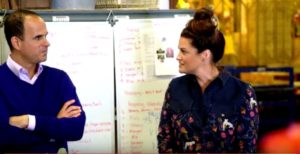 customers cuts back on business costs, which in turn allows Farmgirl to offer its consumers quality flowers for affordable prices. Customers are also inclined to keep coming back for more just because each new delivery is sort of like a surprise.

Where the business finds its real issue is through shipping costs. Because Farmgirl is located on the west coast, people ordering from the east coast now have to pay ridiculous amounts of money for shipping. This jacks up the price for an arrangement, making it not as affordable. To remedy this, they would have to open another distribution center on the other side of the country. However, that would obviously cost a lot of money that Farmgirl doesn’t necessarily have at the moment. Additionally, their website isn’t the best or easiest to navigate. They would need to invest in a new web design to make the purchasing experience more pleasant for customers.

For Christina, the real issue is in not being able to raise money. She says that because she is a woman, she only has a 5% chance of raising capital because investors won’t take her seriously. It was suggested to her at one point that she bring her husband along, which obviously offended her. Doing things the right and fair way is extremely important for Christina. She wants to empower the people who are underestimated. Her goal is to make a huge success for herself so that she can turn it around and give other people like her a fighting chance to make it.

Tensions run a little high when Christina admits that she was hesitant to reach out to Marcus because he is a man. She doesn’t want to compromise her ideals by saying a man is the one saving her business. However, she needs the help because Farmgirl is $800k in debt and doesn’t take a salary for herself. Marcus knows he can help her pay off these debts but first they need to come to an agreement. 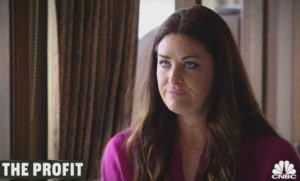 During their meeting to discuss making a deal, Christina comes off pretty aggressively towards Marcus. He doesn’t appreciate that she’s treating him like someone who doesn’t care about her business. What he wants is to help her business more than just financially, but all she cares about is the money. Regardless of his attempts to make her have a real conversation with him, Christina says she wants $1 million from him in exchange for 5% of her business. Taken aback by her brazen attitude, it takes him a second to come up with a counter offer. He is willing to give her the $1 million, but for 25% of the business. She is only willing to give him 7.5%.

Marcus doesn’t feel like Christina is really appreciating all he has to offer to help grow Farmgirl. The two of them are butting heads and she is extremely set in this idea that this is her business and she doesn’t need anyone to help her. Deciding to give her one last offer, Marcus asks for 20% in addition to a $500k credit. She ends up refusing his offer and they do not make a deal together.

Farmgirl Flowers After The Profit

Despite not being able to come to an agreement on the show, Farmgirl Flowers has definitely grown as a business. Christina has continued to dedicate all her time and efforts 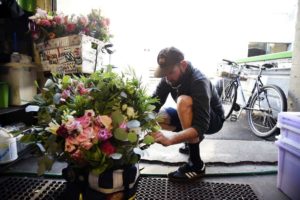 into modifying and bettering her business on her own. Her goal is to supply people with the best product she can, while also sustaining a respectable work environment. Farmgirl Flowers is all about promoting local farmers and business that has a structure based off of hard work and integrity. She has poured her heart and soul into this company and it definitely shows.

Farmgirl Flowers delivers floral arrangements on a national scale. If you visit their website (https://farmgirlflowers.com/), finding the daily arrangement in your area is relatively easy. All you need to do is type in your ZIP code and pictures and prices of the offered arrangement will appear. There is also a page on the website titled “Our Heart”, which is basically a letter from Christina to her customers. She writes about where she got her start and the vision she has for her business as it grows. It’s enlightening to read and definitely helps you understand why she refused Marcus’s offers on the show.