What Happened to House of Lies – News & Updates 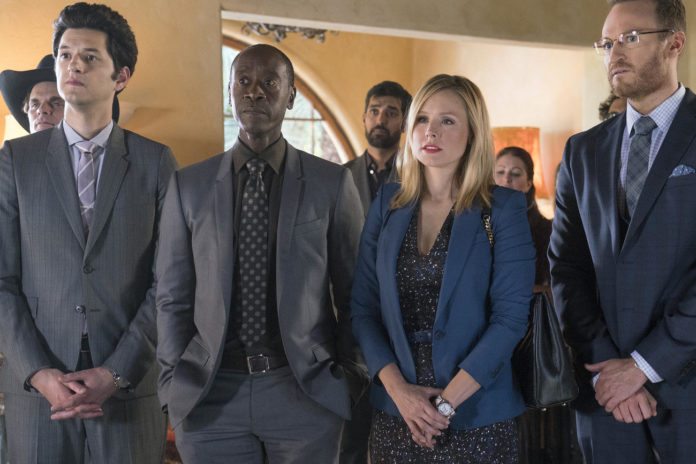 House of Lies had its pilot first ordered in December of 2010. The idea for the show originated from Martin Kihn’s memoir House of Lies: How Management Consultants Steal Your Watch and Then Tell You the Time. Kihn used to work for Booz Allen Hamilton, one of the largest consulting firms in the United States. The memoir, published in 2005, was well-received, and it sold very well. As a memoir documenting various wacky shenanigans that took place behind the scenes of a consulting firm, it definitely seemed like something that would translate well to the television format. In April of 2011, Showtime went ahead and ordered twelve episodes of the show, which was to be called House of Lies. At the 2011 Television Critics Association press tour, it was announced that the program was going to be airing its series premiere in January of 2012. 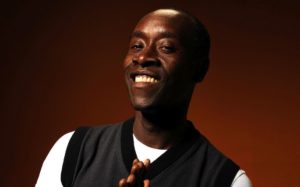 Prior to this announcement and prior to the ordering of the twelve episodes, House of Lies began to cast. Don Cheadle was the first to be cast, playing the main character Marty Kaan. Prior to his work in House of Lies, Cheadle was perhaps best known for his work in films like Hotel Rwanda, Iron Man 2, Ocean’s Eleven, Crash, and Talk to Me. House of Lies marked the first lead role that Cheadle had ever obtained. After that, Dawn Olivieri was cast to play Marty Kaan’s ex-wife, Monica. Olivieri had only held very small roles in television and film prior to this casting, so she was a more underground pick. Ben Schwartz and Josh Lawson were both cast to play a couple of Marty’s associates. Kristen Bell was cast to play one of Marty’s co-workers. Finally, with the casting of Donis Leonard Jr., Richard Schiff, and Glynn Turman, House of Lies had a complete cast.

House of Lies made its series premiere on Showtime in January of 2012, just as was anticipated. Its premiere attracted 1 million total viewers, and it aired its remaining eleven episodes in a timely and typical fashion. Even though it was just its first season, House of Lies was already attracting a good deal of critical acclaim, particularly due to Don Cheadle’s performance as Marty Kaan. In 2012, he was nominated for a Primetime Emmy Award for Outstanding Lead Actor in a Comedy Series, but he did not win. He did, however, win a Golden Globe Award for Best Actor in a TV Series – Comedy or Musical. This trend of acclaim continued through to 2013, where Don Cheadle earned nominations at the Critics’ Choice Television Awards, the Primetime Emmy Awards, the Golden Globe Awards, and the NAACP Image Awards. He only ended up winning at the NAACP Image Awards. 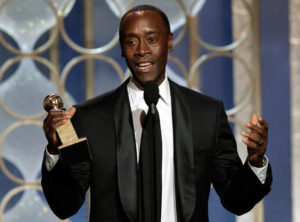 Season two of House of Lies was also twelve episodes long, and it progressed just as smoothly. It premiered to a little over 1 million viewers, and it maintained the same sort of performance that it held in its prior season. Season 3 began in 2014, and it was able to earn critical acclaim that wasn’t just related to Don Cheadle’s performance. It won a Primetime Emmy Award for Outstanding Art Direction for a Contemporary Program (Half-Hour or Less) for the episodes “Wreckage”, “Middlegame”, and “Zhang”. In that same year, Don Cheadle was again nominated for both a Golden Globe Award and a Primetime Emmy Award. The fourth season of House of Lies premiered in 2015, and it premiered to a slightly smaller audience than normal, clocking in at around 700,000 viewers.

Regardless of this slightly weaker performance in the “charts” so to speak, House of Lies was still garnering a good deal of attention for its quality. In 2015, it was nominated for a NAACP Image Award for Outstanding Comedy Series. And of course, Don Cheadle was again nominated for Best Actor in a Television Series Musical or Comedy and for Outstanding Lead Actor in a Comedy Series at the Golden Globe Awards and the Primetime Emmy Awards, respectively. House of Lies had a frankly dismal premiere in 2016, with just under 400,000 people tuning it to view the beginning of the fifth season. The show wouldn’t surpass 450,000 viewers through the year. 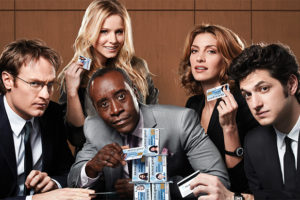 As it turns out, that fifth season would be the end House of Lies. The series finale aired in June of 2016, and there is no indication that the show is set to return at any time. Why was House of Lies cancelled, exactly? There are a few reasons. For one, the show was not doing particularly well in terms of ratings. As a Showtime series, which a premium channel, you obviously can’t expect monumental numbers. However, towards the end of their run, the ratings were quite disappointing. Secondly, Showtime as a whole was beginning to shift away from the half hour format during this time, which House of Lies was obviously a part of. Finally, some think that Kristen Bell’s involvement with the NBC comedy series The Good Place could have contributed to some scheduling conflicts. Although fans of this show may be disappointed that House of Lies has come to a complete end, I think that we can at least be grateful that they were able to have a good, complete run. That’s more than a lot of other shows are able to get.