Jacob Maarse Florists Update – What Happened After The Profit

Jacob Maarse Florists Before The Profit

Jacob Maarse Florists is a business out of Pasadena, California. It has been suffering since it’s owner and founder died in 2010. It began in 1961, and when Jacob Maarse was still alive, the floral shop was quite profitable. It made its millions from providing flowers for everything from celebrity events, to presidential inaugurations and the Rose Bowl Parade. Upon Jacob’s death in 2010, his son and heir Hank assumed the role of business owner and CEO for Jacob Maarse Florists. Hank is not a natural leader, and the company has struggled as a result. He put the firm on a collision course, and it began to bleed out money. Even though it was generating millions of dollars in sales, they were somehow still claiming a loss of $200,000. Hank is unable to make the floral shop generate income, and he owes a total of $300,000 to both the bank and his mother, who is the Chief Financial Officer of the business. Can Marcus Lemonis step in, and help make this business profitable? Let’s take a look.

Jacob Maarse Florists on The Profit 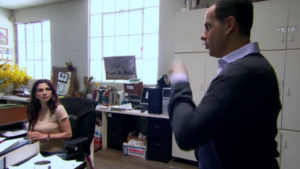 Marcus decided that he wanted a piece of the $6.5 billion dollar a year floral industry, and he set off to visit Hank at Jacob Maarse Florists. The first thing he looked at was the store itself, which was cluttered and unorganized. In addition to flowers, the florist also sold lotions, candles, and greeting cards, which is sending a confusing branding message. The storefront was not well maintained, and it contained cobwebs, burned out bulbs, and dirt on the floor. Marcus had been in the store a full five minutes without being greeted by an employee, or even seeing one. He went to the back area, and was finally able to see an employee, who was one of the floral designers.

Marcus pointed out that despite it being a floral shop, Jacob Maarse Florists had very few flowers actually out on display, and the floral designers themselves were in the back of the building where customers could not see them. Marcus was unable to locate Hank, who was out in the back eating lunch. Marcus spoke with an older employee, who confirmed that things had gotten a lot worse since Jacob died. He met with the Marina, who was the general manager. He questioned her on the lights and the cobwebs, but she did not really have a response. She just said that changes were long overdue. Marcus asked Marina specific business questions related to inventory management that she was unable to answer. He pointed out that it was difficult to make money if the general manager was uneducated about the fundamentals of business.

Marcus was finally able to locate Hank. They chatted briefly, and then Marcus got down to business. He asked Hank how much money the business was losing, and how much debt they had, as well as what he would describe the business as. When Hank tried to say that it was simply a flower shop, Marcus looked around until Hank agreed that it was also a gift and candle shop. Hank was unable to say what aspect of the business made the most money. He was also unable to name what was in the warehouse. Marcus found that there was inventory still in the warehouse from when Jacob was still alive, and it was all on a handwritten inventory system. The van still had a location on it that was closed 10 years ago. Hank refused to have the phone number on the van because he did not want the extra business, or, as he put it, he did not want to have to work more.

Marcus noticed that there were many negative reviews regarding the delivery service that Jacob Maarse Florists provided, so he accompanied the head of dispatch along on a delivery. The first thing he noticed was that the air conditioning does not work, which was not ideal for a flower delivery business in a hot area. Chris, the driver, was still using a map book instead of a GPS, and openly admitted that he was not certain of where he was going. Marcus said that a couple small changes in their delivery process could lead to happy customers and more business.

Marcus got Hank to admit that he needs another financier other than his mother, but he did not want a partner. Hank’s mother pulled up, and Marcus wanted to talk to her as she was the real decision maker. Marcus told her that Hank needed to be held accountable for poor performance. He offered the odd pair $100,000 in exchange for 25% of the profit so that he would be incentivized to help grow the business during his week of being in charge. Hank accepted, and Marcus wanted to get right to work.

Marcus staged a store meeting where he told the employees that he was shutting the business down for a week in order to make significant changes. His plan involved remerchandising the store, and motivating the employees. He had the floral arrangers go over an arrangement, and price out each individual piece of it, from the flowers to the labor. He found that the margins for the flowers are not profitable. He also found that Marina did not discipline her employees when they were late. Marcus told Hank that he would have to demote Marina to a retail manager. Marcus had to take over the discussion, and inform her that she was no longer the general manager. She was obviously not happy about that, but she was still planning on being loyal to the store.

Marcus got two outside designers in the store to make the store easier for customers to navigate. His idea was to have the floor be less cluttered, and the floral designers in the view of the customers. Hank was frustrated with the process, and did not like the changes that Marcus was making. Marcus wanted to see if Hank really wanted to be in the floral business, or if he was just doing it to honor his father’s memory. Hank gave a lukewarm answer. He did not seem to think he was a great businessman, but he was unwilling to say he did not want to do it anymore.

The grand reopening was coming up, and all of the employees were excited, but Hank was underwhelmed. The customers noticed the changes, and they all seemed to like it. The new changes led to a 30% increase in sales. Hank left in the middle of the grand opening, and Marcus was unhappy. He called him back to the store, and told Marina that she was the clear leader of the store since she worked side by side with Marcus to make everything successful again.

After the grand opening, Hank met up with Marcus to say he did not want to take his deal. He tried to say that Marcus did not hold up his end of the deal. Hank implied that all the things that Marcus spend his money on were not worth it, or did not add up to $100,000. Marcus demanded that Hank call his mom to give him his money back. Hank was acting like petulant teenager, throwing a fit in the middle of the warehouse. Since he was not able to get his money back the reasonable way, Marcus stated that he was going to put a lien on the building to get his money back.

Jacob Maarse Florists Now in 2018 – The After ‘The Profit’ Update 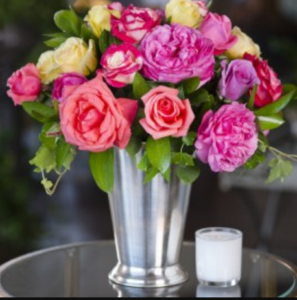 It turns out a lien was not necessary – Hank eventually did pay back the full $150,000. That means that Marcus did not get the 25% equity deal he made, but at least he was able to recoup his money. The store is still up and running, and the Facebook page is quite active. You can purchase boutiques from the Facebook site itself. Neither the website or the Facebook page mention if Hank is still the owner, but with shady business practices like backing out of a deal at the last minute, I doubt he is.