Denzel Curry Net Worth 2018 – How Much Does The Rapper Make? 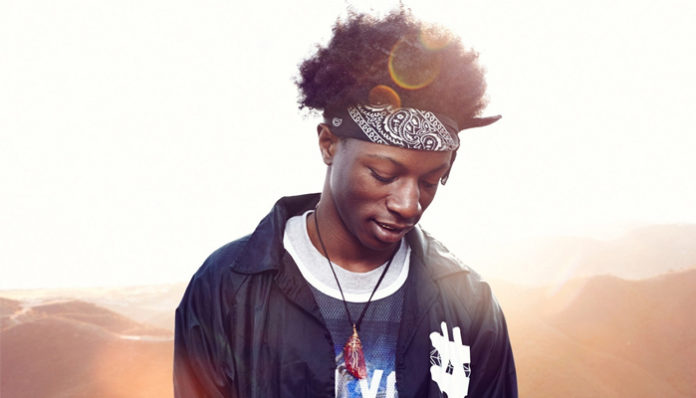 American rapper Denzel Curry made himself known as a hip hop artist with the release of his 2013 debut album, Nostalgic 64. Born and raised in Florida, he had always been artistically inclined; by the time he was eleven, he had taken up rapping. Inspired by the works of Buju Banton and 2Pac, Curry soon began to record his own beats and rhymes as a teen. In the fall of 2011, the aspiring rapper came out with his first mix tape entitled, King Remembered Underground Tape 1991-1995- a project that he’d been working on since high school.

Who knew he’d go from a casual rapper to a nationally recognized artist in just a few years? At just 22 years old, Denzel Curry is estimated to be worth well over a million dollars.

How exactly did the Florida-native earn his worth over the past years? Let us take a deeper look at his music career to answer that question.

How did Denzel Curry Make His Money and Wealth? 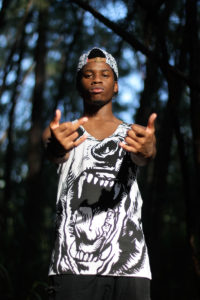 Born on February 16, 1995 in Florida, Denzel Rae Don Curry grew up in and around Carol City. Ever since he was young, he had demonstrated a natural flair for the arts. While he was still in grade school, he started to rap at the age of eleven. At one point, Curry even challenged his peers to rap battles at a local Boys and Girls Club.

Despite his talent and passion in music, he ran into a fair share of trouble. In fact, by the time he was in his mid teens, he had already been expelled from his first high school. Eventually enrolling at another school, Curry started to turn his focus on something more positive; he thus started to record his own rhymes and beats during his senior year of high school.

In the fall of 2011, the aspiring rapper released his first ever mix tape, King Remembered Underground Tape 1991-1995, which he had been working on for many years. Shortly after being made available, it was featured on the page of fellow rapper and record producer, SpaceGhostPurrp’s page- this ultimately served as a launchpad for curry’s rap career. Not long afterward, Curry officially joined the Raider Klan, a hip hop collective headed by SpaceGhostPurrp.

The following year, Curry dropped his second mix tape entitled, King of the Mischevious South Vol. 1 Underground Tape 1996. Although it didn’t garner him a huge amount of money at the time per se, it did catch the attention of fellow R&B artist, Earl Sweatshirt and other various other artists signed to the Odd Future company.

From 2011 to 2013, Curry was also involved as a member of Raider Klan, as mentioned previously (which would have earned him some additional side income). It wasn’t until they eventually disbanded in late 2013 that he made the decision to embark on a career as a solo recording artist.

Signing with the C9 label, he came out with his debut studio, Nostalgic 64 on September 3, 2013, after many days of work at the studio. Produced in part by himself, with help from other individuals such as Alden Volney, Mark Maturah, and Ronny J, it boasted thirteen never-heard-before tracks such as Dark & Violent, Like Me, Denny Cascade, A Day in the Life of Denny Curry, Widescreen, and Parents. Met with widespread critical acclaim, it quickly made its way onto several “top of” lists that year.

Although his earnings from the album were never disclosed, one can only imagine the profits that he obtained from such a release. Within a year, Nostalgic 64 had spawned two singles entitled, Threatz (Feat. Robb Bank$ and Yung Simmie) and Zone 3.

By the end of 2015, 32 Zel/Planet Shrooms had led to the release of two singles including Ice Age (Feat Mike Dece), and Ultimate– the last of which charted at number twenty three on the US Rap Digital Songs Chart, making it Curry’s first track to reach the record charts in the United States. Considering that feat, it’s fair to say that Ultimate earned him a fair amount in 2015.

On March 9, 2016, Curry came out with his second full length album entitled, Imperial. Although it was originally made available for free via streaming and download on Soundcloud, a Deluxe version was later re-released through Spotify on October 14, 2016. 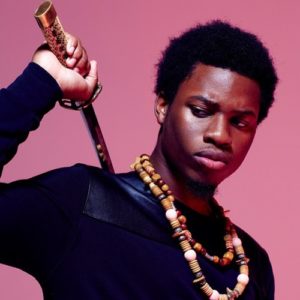 While Imperial didn’t make it onto the US music charts, it proved to be hugely popular among fans. Executively produced by Curry himself, the album contained ten tracks including the titles If Tomorrow’s Not Here, This Life, Knotty Head, Sick & Tired, Story: No Title, and Pure Enough; a few artists such as Twelve’len, Joey Bada$$, and Rick Ross also made guest appearances. The album eventually produced the single, Knotty Head in late 2016.

As far as collaborations go, Curry has also appeared as a featured artists in the works of Rob $tone, Neil, Yoshi Thompkins, J.K. the Reaper, Promnite, Darnell Williams, and Daye Jack, to name a few. Some of said songs include Chill Bill (Remix), Dressed 2 Kill, Cnt U See (Remix).

Unfortunately, we don’t have any concrete numbers to go by, but one can easily see that Denzel Curry earned most of his income through his music.

Like most celebrities, Curry also has other sources of income- one of which includes his Youtube channel. Since he first joined the site in August of 2010, he has accumulated 200,000 subscribers and over 35,000,000 video views. As you probably know, it’s not difficult for popular artists on Youtube to earn additional revue through advertising. Considering how most if not all of his videos have hundreds of thousands of views (his most popular video, Threatz has over 10,000,000 view counts), he has probably laready received several generous checks from Google.

Through his official website, the rapper also sells a variety of merchandise from limited edition vinyls to t-shirts to his fans. In fact, the items are so popular that they are often sold out- as is the situation now.

In 2013, he also headlined the first Boiler Room event that took place in Miami.

Although he isn’t much of a full-time model, Curry did also grace the cover of the 2016 XXL Freshmen Class Magazine in June 2016.

Having gradually increased over the past five years, the Florida rapper currently has a net worth of $1 million- most of which came either directly or indirectly from his musical releases.

Seeing as how popular he is at the moment in the United States, it wouldn’t be too surprising to see him branch out into television and the like in the future years. Who knows? Perhaps one day he’ll be making his debut on the big screen.

Unbeknownst to many, Curry is also extremely passionate about writing and drawing comics. In an interview conducted this March, the rapper stated that he will be “writing cartoons instead” if he ever “gets wack at writing rap”. According to the star, he is currently creating his own mythology and spends much of his spare time writing and that he would love to publish and release a comic book some time.

No, Denzel Curry is not married. It is currently unknown whether or not he is in a relationship as he tends to keep his personal live private.

No details are known about his prior relationships as well.

Does Denzel Curry Have Any Children?

No, Denzel Curry does not have any children.

Did Denzel Curry Go to College?

No, the Florida-based rapper did not go to college. After attending the Design and Architecture High School in Miami for two years, he was expelled. Following that, he went to Miami Carol City Senior High School but had never gotten to attending university.

Where did Denzel Curry Get His Name?

“Denzel Curry” is simply his given first and last names.

The rapper’s living residence has never been revealed by the star himself, although it is likely that he still resides in Florida.

As such, we unfortunately do not have any pictures of his house to share at the moment.

At just twenty two years old age, Denzel Curry has garnered himself a devoted fan base through his series of popular mix tapes and studio albums- many of which have been streamed online thousands and thousands of times.

A talented emerging emcee, his reputation has only been getting bigger and bigger within the past years. Previously, Curry has also performed on BBC Radio and at Coachella.

It’s no secret that Curry has been working on an upcoming album for the past months, and it just so happens that he recently have an update on the project- according to a message that he posted onto Instagram, his next album is “getting closer to what it’s suppose to sound like”. Having said that, no official release date has been announced.

Although his new album has yet to be released, he and the London-based group Ritual recently collaborated on a new song together called, Real Feels. Since the track first made it onto Youtube on April 7, 2017, it has received over 24,000 views.

Speaking of new releases, Curry has also come out with some new visuals for his track, Good night.