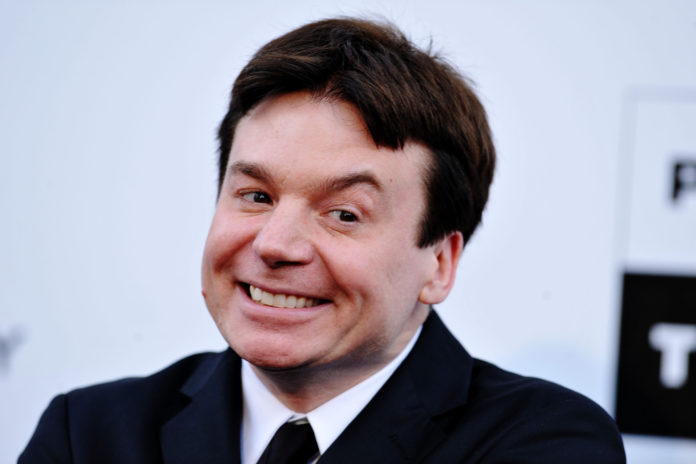 For an actor, it takes effort to play a beloved children’s icon. For Mike Myers, the task of taking a world famous children’s character and updating it for a modern audience defined his career. Even for an actor with as many layers as Myers, it was a role that required preparation. Months of work went into developing this character. From designing his appearance, to developing an iconic voice that audiences will immediately identify, no expenses were spared. During the development of this project, a stable of supporting actors were brought in, and a budget of one hundred million dollars was drafted so that the beloved children’s book could come to life on the big screen.

I am of course talking about The Cat in the Hat.

He Walked on the Sun

Like all great men before him, Mike Myers was Canadian. He was born in Scarborough, Ontario, Canada on May 25, 1963, to British parents. The seeds for his comedy genius were planted at an early age by his father, Eric, who proved to be a massive influence on Myers. The encyclopedia salesman would make young Mike and his brothers stay up late to watch shows like Benny Hill and Monty Python. This laid a comedic foundation for Mike, one that would follow him through to the height of his power.

His career began during his childhood. At two years old, Myers appeared in commercials for British Columbia Hydro, a Canadian power company, alongside his mother. Much later, at the age of twelve, he appeared on the television sitcom King of Kensington as Ari. Following the completion of High School, he joined the Toronto division of Second City, a famous Chicago-based comedy group.

The years spent with Second City gave Myers much-needed experience that allowed him to perfect his craft. This position was only temporary, of course. During the 80s he struck out on his own making performances in London. He soon found himself back in Toronto however after his father was diagnosed with Alzheimer’s disease. It was after his return that two important things happened to Myers. One, he met Robin Ruzan, whom he would later marry. The other most important thing was his discovery and induction into Saturday Night Live.

The Star that Broke the Mold 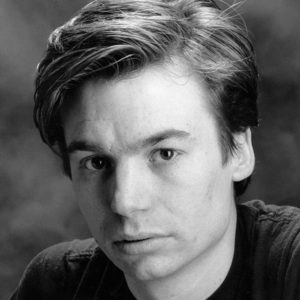 The year was 1989 when Myers made his first appearance on Saturday Night Live. After winning over creator Lorne Michaels, he became a featured part of the cast and worked with some of the best talent that SNL had to offer—including Dana Carvey. While Myers made a number of characters household names, none were more popular than Wayne Campbell. With his partner Garth (played by Carvey), Wayne’s World became one of the most popular sketches in the show’s history. Other characters, like German TV personality Dieter and Linda Richman (based on Myer’s mother-in-law) further cemented his career as an SNL legend. Myers (possibly due to influence from Carvey, known for doing impressions himself) also did many impressions of his own. Whether he was splitting sides as Wayne, or satirizing Barbra Streisand, everyone with a television knew who Mike Myers was.

It was during his career on SNL that he made his foray into film. Wayne’s World was released in 1992 to critical acclaim. With fellow SNL cast member Dana Carvey, the two followed their critical success with Wayne’s World 2 in 1993. The decision to adapt his character for the big screen opened up huge opportunity for Myers. After leaving SNL in 1995, he decided to expand his filmography further with a new project. After several years in development, the world was introduced to Austin Powers.

Austin Powers: International Man of Mystery (1997) was released to massive success, earning more than $55 million on its opening weekend, spawning a film franchise worth over $600 million. The film featured Myers as a British secret agent, a true James Bond. Unlike James Bond, whose film franchise this movie parodies, Myers took the idea of the British secret agent into a new direction, into the style of a 60s swinger. Myers played multiple roles in the franchise, including the movie’s antagonists, Dr. Evil, Goldmember and the always lovable Fat Bastard.

The character would shag his way through two more films, 1999’s The Spy Who Shagged Me and 2002’s Goldmember. One hit franchise wasn’t enough for Myers however. It was around this time that Myers took on his second biggest franchise, Shrek (2001). Filling in for former SNL cast member Chris Farley, Myers crafted a character that would win the hearts of every child (and adult) that saw the film. The film featured the acting talents of Cameron Diaz and Eddie Murphy, and would spawn three sequels: Shrek 2 in 2004, Shrek the Third in 2007, and Shrek Forever After in 2010. As the highest grossing animated franchise, the series would rake in hundreds of millions at the box office. 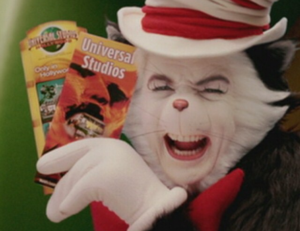 Unfortunately for Myers, diving into more family friendly roles ultimately contributed to his film career’s decline. The Cat in the Hat (2003) was a critical and financial bomb, earning only $134 million. With a budget of $100 million, this wasn’t nearly enough needed to impress investors, and sequel plans were quickly shelved. The failure of The Cat in the Hat marked a turning point in his career.

While Myers was able to maintain his standing as a successful comedian with the Shrek franchise, subsequent movies were marred by poor quality jokes and writing. One such film of quality was The Love Guru (2008), which all but killed his career. The comedy won Razzie awards for Worst Screenplay, Worst Director, Worst Actor and Worst Picture, and drew international controversy for its portrayal of Hinduism. Since then, his career has been reduced to smaller roles and cameo appearances in films like Inglourious Basterds (2009).

Not much can be said about Myer’s career currently. There have been rumors about more installments Austin Powers and Shrek, but they are just that, rumors. He is currently filming an unknown role for the movie Terminal, which is set to release in 2017. Myers is also set to star in a new comedy called Del, which is in pre-production.