Eco-Me Update – What Happened After The Profit

Eco-me Before The Profit

Marcus Lemonis aimed to make Eco-Me a million dollar profitable business. The all-natural cleaning company had been running on fumes financially for quite a while. Robin Kay Levine started Eco-Me in 2006. She recruited her friend, Jen, to help run the business. The pair helped each other to make the company profitable. Eco-Me grew quickly, going from a do it yourself cleaning kit to a product line of 17 products. The various products are sold at large retail stores like Target and Whole Foods. They have six employees and a half million dollars in profit. 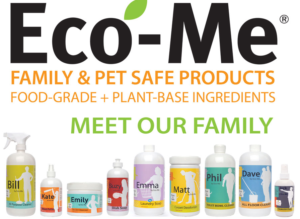 All is not well on the Eco-Me front, however. The business is struggling to pay its debts, and they are over $500,000 in debt. Marcus believes that he can take the company to a new level since the cleaning products industry is large. Eco-Me’s niche, the all natural cleaning product, is also booming. Let’s take a look, and see if the CEO behind Camping World can help bring Eco-Me to a whole new level.

Eco-Me on The Profit

Marcus went to Eco-Me’s facility to check out business, and see what he needed to change. The first thing he noticed was that they did not have a significant production equipment – Marcus watched employees manually filling bottles and applying the labels. He saw that as a big problem. Marcus told Robin, the owner, that they had good branding.Robin introduced Jen, who works on the opposite side of the country. Marcus said that he did not see the sense in having an employee who works so far away from the main location. 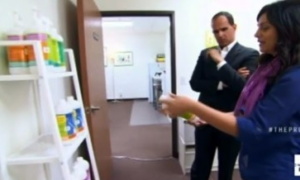 Robin told Marcus that she started the company when her sister got breast cancer. She was cleaning her sister’s house one day after that and was put off by the heavy chemical smell of the standard cleaning products. She decided to start making her own ecologically friendly cleaning products. Robin began selling the items she made, and she pulled Jen in to help her. Jen ended up the dedicated sales person. Robin told Marcus that Eco-Me was part of who she was, and she was very proud of what they accomplished.

Marcus asked how the business was doing concerning debt, and Robin admitted that they were $500,000 in the hole. She elaborated, and said that she had not taken a paycheck since the business started because she did not want to take money away from anyone else. Jen stated that she had not gotten paid in awhile. They were both worried that if the business did not get funded, then it would go under.

Robin told Marcus more about her products which were made from vinegar, water, a solubilizer, and essential oils. Robin let Marcus know that each product has a name, such as a floor cleaner named Dave. Marcus said that the marketing plan was the worst he has ever seen. The names were important to Robin. When Marcus informed her that what was inside the bottle was the important part, Robin claimed that it mattered more what her customers saw on the shelf.

When Marcus told her that she was making a mistake, Robin said that she valued his opinion, but thought that he was wrong. Aside to the camera, Marcus defined their issues as lack of manpower, lack of machinery, and their terrible production process. Marcus was most worried about their ability to sell the product since their sales team of one lives 3,000 miles away.

Marcus met another one of the product team, who told him that his long, tedious process involved working with a machine that didn’t work, placing labels on bottles. Marcus was shown the single filler device. The way the production facility operated, they could only manufacture 1,200 bottles at a time. This limits them from being able to meet large orders. Marcus discovered that it took over a minute to fill a single cylinder.
Marcus went to talk to Robin about making a deal for $500,000 in exchange for 20% equity since he believed in the product and the people.

That, of course, meant taking over for a full week, and in exchange, he would pay off their debt, buy new equipment, and handle cash flow. Robin was reluctant to agree to give up that much of her baby. She eventually agreed, uncomfortable with giving up control but wanting to save her business. She did not like that he would possibly fire someone, but she still accepted the check.

Marcus announced the deal to the rest of the team, telling them that they had a lot to lose. He went over the issues with sales, and production, and told them that he would be taking over the company for a week. The first change Marcus made getting a new $180,000 production machine that filled bottles and labeled them 10x faster than the old one. He told Jen that he wanted her to push to increase sales immediately to justify the purchase of the machine.

He brought 2 buyers to the warehouse, who met with Jen to review the products. They immediately started tearing down the labeling and the names, and Jen got defensive. The buyers told her that the product was not ready, and she was unable to give a clear answer to what the product does. The one buyer informed her that she was not a good salesperson for this product. Ater they left,    Marcus said that he wanted Jen in the right role, and that role was not as a salesperson.

Marcus arranged a focus group for Eco-Me. The first thing the panel said was that they did not like the name of the company or the names of the products. Marcus spoke with Robin after the focus group and informed her that the names had to change. Robin started to cry and had to walk away. Marcus brought her outside, where she agreed that she may have made poor choices for the brand. Marcus started in about Jen again, calling her defensive and overbearing.

Marcus brought in a graphic designer, who unveiled a new tree-shaped logo for the bottle. The tree was made up of the things that Eco-Me products could clean. Robin was resistant to the new branding, and Marcus reminded her that he was in charge.

Next, he took Jen to a meeting with executives from the Strand hotel. Landing the deal could mean 3x the profit for Eco-Me, and Marcus wanted to make sure that Jen was up to the task. She was asked basic questions about the products and came across as unprepared. When the sales executives let her go with a “we have a few other vendors to look at, she accepted that answer. Marcus was not pleased, and he asked the professionals what it would take to get the sale today. He agreed to clean a bathroom to demonstrate the effectiveness of the product. He wanted to show enthusiasm through the products, but Jen did not step up to the plate.

Marcus confronted that Jen and told her that her sales performance was terrible. She balled up her fists, and turned away, going out the door. Marcus called Robin and encouraged her to converse with Jen about their conversation. Marcus told Jen that he was willing to coach her in sales if she was willing to be coached.

While Marcus was on his way to talk to Robin, he got a call from the graphic designer, who let him know that Robin went on her own to change the labels. She attempted to deny it when he confronted her, but she eventually admitted it. Marcus let her know that this not only violated his trust but also violated the agreement. Robin admitted that she was a control freak and that she overstepped.

The new production machine came in, and Robin was happy with the results. Marcus said that he was confident that they would be a multi-million dollar company. She stated that she would not be able to do it without the help of The Profit. Marcus said that even Jen was improving. She was taking well to his sales advice, and the company was benefiting. Let’s see how they did after their episode aired. 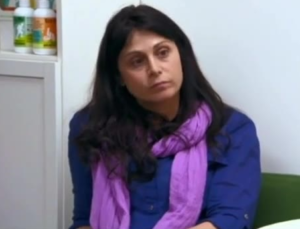 Eco-Me is still in operation, but Marcus is no longer involved. Marcus did help them broker a strategic asset purchase with the Kittrich Company in 2014 and sold his portion of the company. If you are interested in purchasing their ecologically friendly products, you can do so on their website, or even on Amazon.