What Happened to Darrell Hammond – 2018 Update 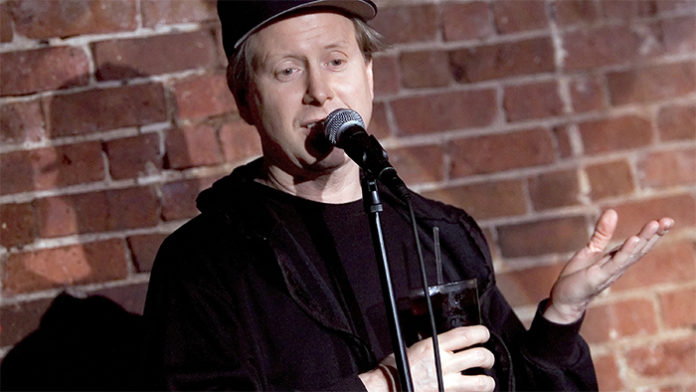 American comedian and actor Darrell Hammond rose to prominence in the mid to late 90’s as a cast member of Saturday Night Live. Born in Florida; his childhood was the opposite of idyllic; despite the abuse that he received as a youth, he eventually went to the University of Florida, where he was encouraged to pursue theatre with support from his professor. Following his college graduation, he relocated to New York City, where he picked up occasional theatre production gigs. After a brief comedy stint in a local club at the age of twenty six, he returned to his native Florida where he started to work as a voiceover artist. Continuing to perform comedy on and off prior to his big break, he was eventually hired as a warm-up comedian for the 1989 MTV game show, Remote Control. However things ultimately did not play out the way that he’d wanted; unable to excite the audience with his style of humour, he was quickly fired from the show.

A few years later, a once-in-a-lifetime opportunity came after he was offered a position on the late night comedy, Saturday Night Live. Officially joining the cast in September of 1995, he quickly proved himself to be a talented impressionist; some of his most popular impressions include that of Donald Trump, Bill Clinton, Regis Philbin, Al Gore, and Phil Donahue, to name a few. With his talent, it didn’t take long for him to become one of the most recognized comedians on the show. In 2001, he received a TV Guide Award nomination for “Breakout Star of the Year”. After fourteen years of starring in the sketch comedy, he retired at the end of the 34th season in 2011- by then, he had set the record for having performed the most impressions by a cast member and for having had the longest consecutive tenure.

On top of his career as a stand-up comedian, Hammond has also appeared in a series of films over the years. In 1996, he made his big screen debut in the comedy flick, Celtic Pride. From there, he eventually went on to appear in Blues Brothers 2000 (1998), The King and I (1999), The Devil and Daniel Webster (2001), and Scary Movie 3 (2003). After playing various minor roles, he landed a bigger part in the American spy movie, Agent Cody Banks in the spring of 2003. Following that, he portrayed a few supporting characters in New York Minute (2004), Ira and Abby (2006), and Puff Puff Pass (2006), prior to being cast as the lead protagonist in the independent film, Netherbeast Incorporated (2007). Since then, he has also co-starred in the comedy, Wieners (2008), alongside Fran Kranz, Zachary Levi, and Kenan Thompson.

So what is the former Saturday Night Live cast member been up to recently? Has he retired altogether from the show business now that he’s in his sixties? If not, what new endeavours have been keeping him busy lately? What happened to Darrell Hammond? Where is he now in 2018? 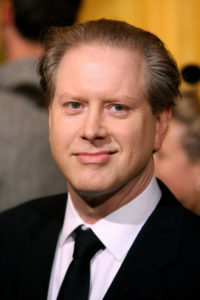 Born on October 8, 1955, in Melbourne, Florida, Darrell Clayton Hammond is the son of Max and Margaret Hammond. Growing up, his childhood was the opposite of idyllic. As a young boy, he was both the victim of physical and emotional abuse- the perpetrator being none other than his own mother. The experiences from his youth ultimately led him to spend many years in and out of psychiatric hospitals. Often misdiagnosed, Hammond eventually  self-medicated with drugs and alcohol as a young adult. In a later interview with Huffington Post, he stated that he was unsure whether or not his father was aware of the abuse that was happening underneath his roof- that he was too obsessed with Nazis and World War II to care.

Despite all that he was put through, Hammond was a highly involved student. As a teen, he played baseball for his high school team and was a teammate of Bruce Bochy- the current manager of the San Francisco Giants. After his graduation, he went to Brevard Community College briefly prior to transferring to the University of Florida. In 1978, he successfully graduated with a degree in advertising. Ultimately, it was during his time as a college student that he discovered his interest in theatre- he would later credit one of his professors for encouraging him to walk down that career path. Following his college graduation, he relocated to New York City where he started to work as a waiter to support himself financially. Working toward his newfound goal of becoming a performer, he also began studying at the Herbert Berghof Studio, a school that offers professional training in the performing arts at the same time.

Before long, he was able to land a few theatre production gigs, which allowed him to work in his desired environment. After a brief comedy stint at the age of twenty six, Hammond decided to return to his native Florida, where he took on work as a voice-over artist. 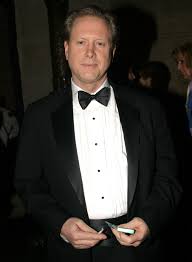 Prior to his big break, Hammond was hired to be the warm-up comedian for audience members in the MTV game show, Remote Control (1989)- as the series was shooting in Florida at the time. Unfortunately, he was promptly fired as he was unable to get the crowd “warmed-up” with his unique style of humour. Despite the shaky start to his comedy career, he soon received a huge breakthrough after being offered a position in the popular sketch comedy series, Saturday Night Live (1995).

Making his debut in the fall of 1995, Hammond quickly made himself known with his skillful impersonations of Regis Philbin, Donald Trump, Bill Clinton, Phil Donahue, and John Travolta, to name a few. A regular member of the The Not Ready for Prime Time Players Company segment on the show, his work eventually earned him a TV Guide Award nomination for “Breakthrough Star of the Year” in 2001.  By 2004, the comic had held the record for having the longest consecutive tenure of any cast member in SNL’s history. Responsible for propelling him into stardom, Hammond had performed well over 80 different sketches over a period of fourteen years. Since then, he has also broken the record for having had the most shows as a SNL cast member with a total of 280.

After fourteen years on Saturday Night Live, the stand-up comedian announced that he would be retiring from the show at the end of the 34th season. The last cast member of the 90’s to depart, he officially left the series in 2011. Having said that, he has since made numerous cameo appearances as a guest performer. Later in September of 2014, it was revealed that Hammond would be taking over the role of announcer on SNL, following the passing of Pardo. Since then, he has appeared in various skits on the show.

For a period in the late 80’s, Hammond worked as a comedian in the waters onboard the Premiere Cruise Ships. One particular evening while they were docked in the Bahamas, a man in a restaurant allegedly pestered the comic to take a dollar bill with trace amounts of cocaine. Despite refusing, the man later followed him into a washroom stall and placed it into Hammond’s pocket; believing that he was about to be attacked, he relented.

Following the incident, Hammond was quickly apprehended by local officers who were waiting outside of the washroom. He was later told by the US Drug Enforcement Administration that he had in fact, been set up; that the local Bahamas police often entrapped tourists from the United States. Nevertheless, the comedian had to spend  weekend behind bars; it wasn’t until his father travelled there, and paid the authorities $3000, that he was finally released.

Other Highlights from Darrell Hammond’s Career Over the Years 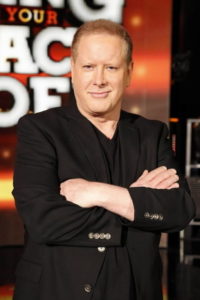 Not only did Hammond star in SNL in the 2000’s, but he also appeared in a series of films. For instance, he took part in the titles The Devil and Daniel Webster (2001), Blue Brothers (2000), and Scary Movie 3 (2003). After a few minor roles on the big screen, he co-starred in the American spy film, Agent Cody Banks (2003) alongside Frankie Muniz, Hilary Duff, Keith David, Angie Harmon, and Ian McShane.

Directed by Harald Zwart, the movie starred Frankie Muniz as the title character- a typical fifteen year old teen who on top of having to do everything required of him by his parents, must save the world from danger by becoming an undercover CIA agent. Appearing halfway through the film, Hammond played the part of the Earl- it marked his first time appearing in a semi-important role in a movie.

Distributed by 20th Century Fox, Agent Cody Banks was theatrically released on March 14, 2003. At the box office, it grossed approximately $14 million, which put it in second place behind Bringing Down the House (2003). By the time it came off the screens, it had earned a worldwide total of $58.7 million- close to double that of its $28 million budget.

A few years later, another opportunity came knocking for Hammond- this time in the form of an independent film called, Netherbeast Incorporated (2007). Directed by Dean Ronalds and written by Bruce Dellis, the office comedy revolved around an Arizona telephone company which interestingly enough, is staffed by a team of flash-eating vampires known as “Netherfolk”. The principal character of the film, Hammond portrayed the role of Turner Claymore; he is joined by Steve Burns, Dave Foley, Judd Nelson, Robert Wagner, and Jason Mewes.

Filmed in Arizona, Netherbeast Incorporated premiered at the AFI/Dallas Film Festival on March 30, 2007. Created on a modest budget of $725,000, it received decent reviews from viewers although it wasn’t a smash hit per se- which is understandable for a low budget indie film.

Since then, Hammond has appeared in a handful of films including Epic Movie (2007), Wieners (2008), Buzzkill (2008), and Scary Movie 5 (2013), most of which saw him playing a small, supporting role. In 2014, the comedian was also featured as one of the judges on the reality singing series, Sing Your Heart Out.

While he hasn’t taken on any new acting roles this year thus far, he has been reprising his role as announcer on Saturday Night Live (2017) these last few months. On top of that, Hammond has also appeared in an episode of the talk show, The View this past February. Will he be appearing on television as an actor later this year? Only time can tell.

In terms of public performances, Hammond recently performed a number of standup shows at Jacksonville’s Comedy Zone. Held this past February, he was unquestionably a crowd favourite with his brilliant display of celebrated impressions. The following month, he also performed a couple of shows at Cobb’s Comedy Club in San Francisco.

The easiest way to see what Darrell Hammond does not currently use social media. You can catch him on Facebook, Twitter, & Instagram. If you’d like to stay on top of his recent projects as well you can check out his official IMDb page. Having said that, we’ll keep you updated!