What Happened to Farrah Abraham – What is the Teen Mom Doing Now? 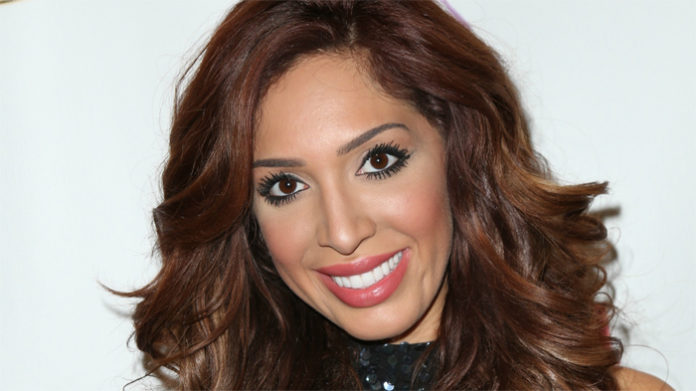 American television personality Farrah Abraham first garnered widespread attention after starring in the MTV reality show, 16 and Pregnant. Of Italian, Danish, Sicilian, and Syrian descent, she spent her youth in the Iowa city of Council Bluffs. A cheerleader during her high school years, it was later revealed that she had in fact been abused by her parents growing up, having suffered many bruises, cuts, and welts. At the age of fifteen, Abraham started to date a young man by the name of Derek Underwood; she later became pregnant with his child two years later in 2008. Although she considered abortion, she was later denied the option by her mother, who saw it as going against her beliefs. After news about her pregnant spread, Abraham dropped out of cheer-leading and continued her education at a local community college. A few months after giving birth to her daughter, she made her television debut in the first season of the reality series, 16 and Pregnant– a show that centered around the experiences of teen mothers.

Although the show didn’t hit the screens until the summer of 2009, it had followed the end months of her pregnancy, as well as her first few months of becoming a mother. While some debated whether or not the series “glamorized” teen pregnancy, the fact was that it was the first series to bring Abraham public attention. After appearing in an episode of 16 and Pregnant, the teen was later cast as a series regular in the subsequent spin-off, Teen Mom, which premiered in the winter of 2009. One of the original teen mothers to star in the show, the Iowa-native ultimately remained on the show for four seasons from 2009 until 2012. Ultimately, it was during this time that she first started to garner popularity as a reality TV star.

Continuing to appear on reality television, Abraham eventually starred in yet another show called Couples Therapy in 2014. From there, she then went on to be a main cast member in the fifth season of the MTV series, Teen Mom OG; she remains to be on the show to this day. In 2015, she also represented the USA as a housemate in the popular British reality series, Celebrity Big Brother 16. Aside from her involvement in reality TV, she has appeared in two adult films, Farrah Superstar: Backdoor Teen Mom (2013), and Farrah 2: Backdoor and More (2014). Unbeknownst to many, she has also released two studio albums entitled, My Teenage Dream Ended and Blowin which were made available in 2012 and 2014 respectively.

What has the 25-year-old reality television personality been doing in the recent months? Has she picked up any new projects or has she been busy taking care of her now six year old daughter? Will we be seeing her on television this year? Can we expect any new releases from the Iowa-native? What happened to Farrah Abraham? Where is she now in 2018? 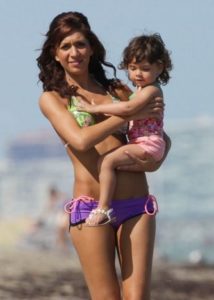 Born on May 31, 1991 in Council Bluffs, Iowa, Farrah Lynn Abraham is the daughter of Michael Abraham and Debra Danielson; she is of Silcilian, Danish, Italian, and Syrian ancestry. Growing up, she spent her youth in the city of Council Bluffs with her parents. As a young teen, she was involved with cheer-leading and was part of the high school team. Despite her seemingly normal childhood however, it has since been revealed that she was in fact physically abused by her parents as a young child, having often received bruises, cuts, and welts.

At the age of fifteen, Abraham started to see a high school friend by the name of Derek Underwood; the two eventually started to date officially in 2006. A couple of years into their relationship, the brunette discovered that she was pregnant with their child- she was sixteen years old at the time. Tragically, her boyfriend Underwood died from a car accident in December of 2008, just two months prior to the birth of their child. Although Abraham contemplated the idea of abortion at one point, she was later denied the option by her mother who saw it as going against her beliefs.

Dropping out of cheer-leading, which she had grown to love over the years, Abraham went on to continue her education at a local community college after news of her pregnancy spread. Although Abraham and Underwood were “estranged”, according to the star herself, she stated that they were truly in love and that because he was now gone forever, that “her happy ending” was now also gone.

At the age of seventeen, Abraham gave birth to her child, a daughter named Sophia Laurent Abraham on February 23, 2009.

Farrah Abraham on 16 and Pregnant

On June 18, 2009, just a few months after giving birth, Abraham appeared in an episode of the MTV reality series, 16 and Pregnant. The brainchild of Lauren Dolgen, the show followed the struggles of a number of pregnant teens, with each episode typically starting when they are ~8 months into their pregnancy. Presented in a documentary format, Abraham was invited to appear in the second episode of the first season entitled, Farrah.

In the episode, viewers learn that the seventeen year old pregnant girl decides not to tell her ex-boyfriend at the time, Derek Underwood about her pregnant after she receives a handful of threatening text messages from him. Eventually giving birth to her daughter, the show then focuses its attention on her subsequent struggles, from being without a car to her challenging relationship with her mother.

Although her time on 16 and Pregnant garnered her minimal public attention, it eventually led her to star in the spinoff, Teen Mom in 2009. 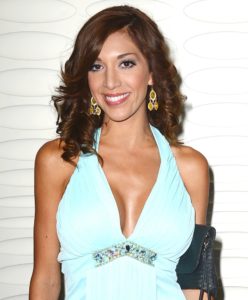 Not long after making her television debut on 16 and Pregnant, Abraham was cast as one of the main stars in Teen Mom. The spin-off to the first show, it chronicled the lives of those from the original series; in particular, it documented their first few years of motherhood and strained relationships with family.

Premiered on December 8, 2009, Teen Mom was hugely popular, having attracted 2.1 million audience members for its pilot episode- making it MTV’s highest rated premiere in more than a year.

In the series, we find out that Abraham, now an aspiring model, has gotten into a fight with her mother, which led the latter to be charged with assault. Subsequently, the teen mom moved out of her parent’s house. In regards to her rocky relationship with her family, she later begins to see a therapist; she eventually also opens up about the death of Underwood and how it has impacted her over the years.

From there, Abraham soon found herself having to prove that her child was in fact, the biological child of Derek Underwood, to his family. After a successful paternity test however, she was slapped with a lawsuit filed by his mother for visitation rights by grandparents, although they had never had any prior contact with the child.

In the summer of 2012, she eventually published an autobiography called, My Teenage Dream Ended– the whole progress chronicled in Teen Mom. Altogether, Abraham was a main cast member for three years from 2009 until 2012; ultimately it was during this period that her popularity as a reality star started to go up.

Two years after her time on Teen Mom, Abraham landed a main role in the VH1 reality series, Couples Therapy- a show that revolved around various reality stars who receive relationship counselling from psychotherapist, Dr. Jenn Mann for their troubles. Introduced at the beginning of season four, she ultimately appeared in twelve episodes where she opened up about her feelings toward her family, and the death of her ex-boyfriend.

Not long afterward, she returned to television in the MTV reality series, Teen Mom OG– a continuation of Teen Mom. Re-joining the cast in the fifth season, Abraham later introduced her mother to her new boyfriend, Simon Saran in the seventh episode. Following that, she soon learns about the departure of fellow cast member, Maci who decided to leave the show after hearing news about Abraham’s return. With the subsequent episodes, she eventually starts pressuring Saran for an engagement, although he is openly hesitant about the idea.

In the seventh episode, Abraham is seen struggling to take her daughter Sophia to visit her ex-boyfriend’s family. A few weeks later, the teen mom leaves the city for a month-long business trip during which she must entrust the care of Sophia to someone else. Following her return in episode twenty, she reveals a life-changing decision with her parents. Although her and Saran’s relationship had its share of bumps, the two ultimately decide to take their relationship to the next level not long after her return.

After coming back for season five of Teen Mom OG, she stayed for two seasons before departing the show in November of 2016. All in all, Abraham had starred in 61 episodes.

In April of 2013, it was rumored that Abraham was involved in a sex tape that was being offered to various pornographic distributors for large sums of money. According to various sources, the brunette had allegedly earned $1.5 million after selling said video to Vivid Entertainment, which has since released it under the official title of Farrah Superstar: Backdoor Teen Mom.

Although it was marketed as a leaked tape, it was later revealed that Abraham and pornographic actor James Deen had in fact been paid to make the video.

Farrah Abraham and her Music Career

On August 31, 2012, Abraham came out with her debut studio album, My Teenage Dream Ended. In support of her autobiography of the same name, it contained ten pop songs, each of which shares a title with a chapter of her book; some of the said tracks included The Phone Call That Changed My Life, Unplanned Parenthood, Searching for Closure, The Sunshine State, and Finally Getting Up from Rock Bottom.

In 2014, the television personality released her second album entitled, Blowin, which came with an accompanying music video.

From the looks of it, Abraham will be co-starring in a new reality series this year called, The Millenial Mogul (2017)- one that will center around the real persona of several reality stars. She will be joined by Mary Carey, Ashley Blankenship, Tiffany Pollard, and Melissa Riso.

Slowly branching into acting, she will also be playing one of the main leads in the upcoming horror film, Adam K (2017). Written and directed by Joston Theney, it will center around a seemingly mild-mannered auto insurance claims manager who takes matters into his own hands when individuals reject his invitations for friendship. In the movie, Abraham will be playing the role of a woman named Karen Simms. Adam K will be released in the US on August 12, 2017.

If you’d like to stay up-to-date with the Nebraska-born television personality, you can do so by following her on social media- you can find her on Twitter at @F1abraham or on Instagram at @farrah__abraham.