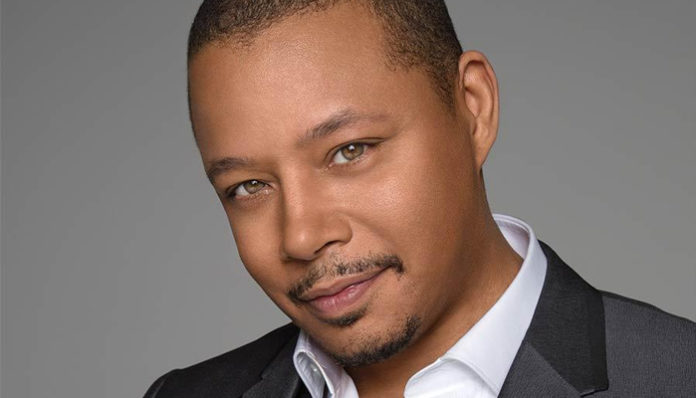 American actor Terrence Howard first made himself known to the world in the 1995 crime thriller, Dead Presidents. Following a turbulent childhood- mostly due to his physically abusive father, he made the decision to pursue acting at the age of eighteen. In search for opportunities, Howard relocated to New York in the late 80’s. After studying chemical engineering briefly at Brooklyn’s Pratt Institute, he dropped out to appear in several television series including The Cosby Show (1991), The Jacksons: An American Dream (1992), and Tall Hopes (1993). After playing various small roles on the small screen, he transitioned to film which significantly ramped up his career. In 1993, he made his motion picture debut in the mystery drama film, Who’s the Man?. However, it wasn’t until the mid 90’s that he landed greater roles in the movies Mr. Holland’s Opus (1995), and Dead Presidents (1995). From there, he appeared in a couple of TV series including Mama Flora’s Family (1998), and Sparks (1996), prior to receiving a breakthrough with the romantic comedy, The Best Man (1999). 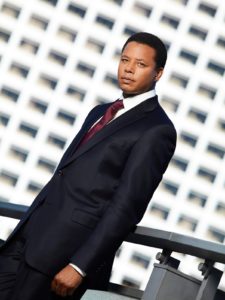 A turning point for Howard’s career, the blockbuster eventually led him to more prominent roles in Angel Eyes (2001), Hart’s War (2002), Biker Boyz (2003), and Crash (2004)– the last of which earned him a handful of accolades including a Black Reel Award for Best Supporting Actor. Continuing to cement his A-list status, he went on to star in Hustle & Flow (2005), Four Brothers (2005), Pride (2007), and Iron Man (2008); his performance in Hustle & Flow ultimately earned him a Golden Globe Award nomination for Best Actor in 2005. More recently in the 2010’s, he has appeared in Little Murder (2011), On the Road (2012), The Company You Keep (2012), Dead Man Down (2013), and The Best Man Holiday (2013), among others. In 2009, he also lent his voice to the popular Disney animated film, The Princess and the Frog. Altogether, the actor has taken part in dozens of different feature films throughout his multi-decade long career.

However that’s not all- Howard has also appeared on television on multiple occasions, his acting career starting on the small screen after all. Some of the works that he’s been involved with in the early 2000’s include NYPD Blue (1998), Soul Food (2002), and Street Time (2003). After a prolonged break to focus on film, he returned as a series regular in the crime drama, Law & Order: LA in 2010. Shortly afterward, he made a couple of guest appearances in Law & Order: Special Victims Unit (2011), and Hawaii Five-0 (2012), prior to landing it big with the Prime time Emmy Award-nominated musical drama series, Empire (2015). That same year, he was also cast as a main character in the science fiction series, Wayward Pines (2015).

What has the actor been busy with these past months? Will we be seeing any more of him on television or film this year? If so, what are the new roles that he has taken up? What happened to Terrence Howard? Where is he now in 2018? 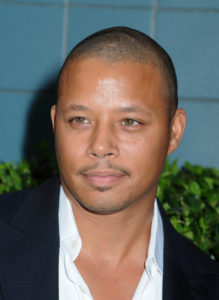 Born on March 11, 1969 in Chicago, Illinois, Terrence Howard (Birth Name: Terrence Dashon Howard) is the son of Tyrone Howard and Anita Hawkins; he is also the great-grandson of Minnie Gentry, a stage actress. Growing up in Cleveland, Ohio, his childhood was nothing short of turbulent- due to his father’s physically abusive tendencies. When Howard was just two years old, he witnessed his father stabbing a man to death, an attack that ultimately led to him to spending many months in prison. Following his release, his parents divorced. After spending his early teen years living with his mother, Howard legally severed the relationship that he had with his parents at the age of sixteen.

Deciding to pursue a career in acting, he soon relocated to New York. Once there, he studied chemical engineering for a brief period at the Pratt Institute before dropping out to work in the show business. In 1992, the aspiring actor made his official acting debut in the TV series, The Jacksons: An American Dream. The following year, he played a recurring character in the comedy Tall Hopes (1993), after which he appeared on the big screen for the first time in the film, Who’s the Man? (1993), as a minor character. 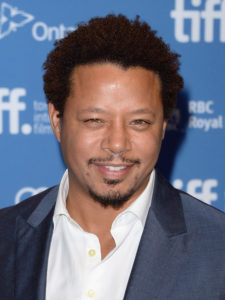 In 1999, the actor received a big break after being cast as one of the protagonists in the romantic comedy film, The Best Man. Directed and written by Malcolm D. Lee, it revolved around a man named Harper Stewart who finds himself having a tough time committing to his relationship with his girlfriend, following a breakthrough at work. In the movie, Howard played the part of Quentin Spivey- a free spirited ladies’ man who later befriends Harper in the film. Aside from him and Taye Diggs who portrayed the role of Harper, The Best Man also starred Nia Long, Harold Perrineau and Morris Chestnut.

A Universal Pictures film, The Best Man debuted on theater screens on October 22, 1999 in the United States. Despite the fact that it was a relatively low budget movie, it easily recouped its $9 million budget during the opening weekend. By the end of everything, it had taken in over $34 million- nearly four times that of its production costs. Met with critical acclaim, the film received numerous accolades including four Black Reel Awards, and three Image Awards. His breakthrough role, Howard’s portrayal of the ladies’ man not only earned him high praise, but it also netted him an NAACIP Image Award for Outstanding Supporting Actor in a Motion Picture- the first of what would become, his large collection of industry awards. 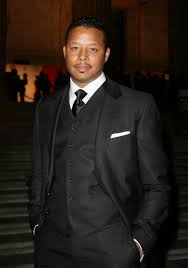 After participating in several other movie titles, the actor collided with another huge opportunity in 2004, when he was selected to star in Paul Haggis’ Academy Award-winning drama film, Crash. Inspired by a true story that happened in 19991, it depicted the social and racial tensions present in Los Angeles, California in the 90’s. One of the film’s ensemble cast members, Howard took on the role of a character named Cameron Thayer; he was joined by Sandra Bullock, Matt Dillon, Don Cheadle, Brendan Fraser, and Jennifer Esposito, among others.

A major box office success, Crash did wonders for Howard’s already-rising popularity as an actor. Upon its nation-wide release on May 6, 2005, it ended up grossing close to $100 million against a budget of just $6.5 million. Lauded for his performance, the film garnered the actor several awards including two Black Reel Awards (e.g. Best Ensemble Cast, Best Supporting Actor), an NAACP Image Award (e.g. Outstanding Supporting Actor), and a Screen Actors Guild Award (e.g. Outstanding Performance by a cast), and a few others.

Just a year later, Howard starred in yet another award-winning film, Hustle & Flow– an independent drama film directed by Craig Brewer. Also written by Brewer, it saw the actor playing the role of Memphis hustler, who dreams of one day becoming a rapper. Known as DJay, the small-time hustler finds himself discontent with his present life, a motivation that strives him to accomplish something greater. Other cast members of the movie include DJ Qualls, Taraji P. Henson, Anthony Anderson, and Taryn Manning.

A massive success, it brought in a total of $23.6 million in ticket sales worldwide, well over ten times that of its production costs. To put its popularity into perspective, it currently has a rating of 82% on Rotten Tomatoes; publications such as Entertainment Weekly and The Boston Globe also spoke favorably of the title. One of Howard’s greatest portrayals of the 2000’s, it not only brought him to the spotlight in Hollywood, but it also earned him his first Academy Award nomination for Best Actor in a Leading Role in 2006.

Terrence Howard on the Small Screen

In 2010, Howard also made his mark on television as one of the lead characters in the police procedural series, Law & Order: LA. Created by Dick Wolf, it centered around the various cases investigated by the Los Angeles Police Department and district attorneys. One of the main prosecutors, Howard played as Jonah Dekker aka Joe- a trusted deputy district attorney. His first time playing a series regular on the small screen, it remains to be one of his best remembered roles on TV.

Debuted on NBC on September 29, 2010, Law & Order: LA  drew in well over 10 million viewers during its pilot episode. Despite its initial popularity, its viewership eventually fell with later episodes, which led it to be cancelled after 22 episodes. Out of the 22 episodes, Howard’s character appeared in 16 of them; he later reprised his role in an episode of the spin off, Law & Order: Special Victims Unit (2011).

In 2015, he also starred in the first season of the mystery series, Wayward Pines, alongside Matt Dillon, Carla Gugino, Toby Jones, Reed Diamond, and many others. Based on a set of novels written by Blake Crouch, it centered around a Secret Service Agent who enters the town of Wayward Pines in search of two missing federal agents. A series regular in season one, the actor played as Arnold Pope- a strict sheriff who maintains the security of the town. Following the first season, he was made into a recurring character, while actors Jason Patric, Josh Helman, Nimrat Kaur, and Kacey Rohl took over as the main cast.

In addition to the television series that he’s appeared in, Howard has also appeared in a handful of TV films including King of the World (2000), Boycott (2011), Their Eyes Were Watching God, and Lackawanna Blues (2005). His talents apparent even in the made-for television films, he received a Black Reel Award for his portrayal in Boycott and an NAACP Image Award for his portrayal in Lackawanna Blues.

Since 2015, the Ohio-native has been playing a series regular in the Fox musical drama, Empire. Set in New York, it centered around Empire Entertainment- a fictitious hip hop entertainment and music company, and the drama that ensues as the founder’s family fight for control. In the show, Howard portrays the role of Lucious Lyon- a former drug dealer who has become the founder and CEO of the company. As of September 2016, the show has been airing its third season- it is currently scheduled to continue until May of 2017.

As far as movies go, he has also been filming for an upcoming drama film called, Thirty Eight (2017). In addition, it has been announced that Howard will be co-starring in a romance drama, Life in a Year, which is set for a 2018 release.

If you’d like to stay connected with the 48-year-old actor, you can do so by following him on social media- you can find him on Twitter at @terrencehoward and on Instagram at @theterrencehoward.