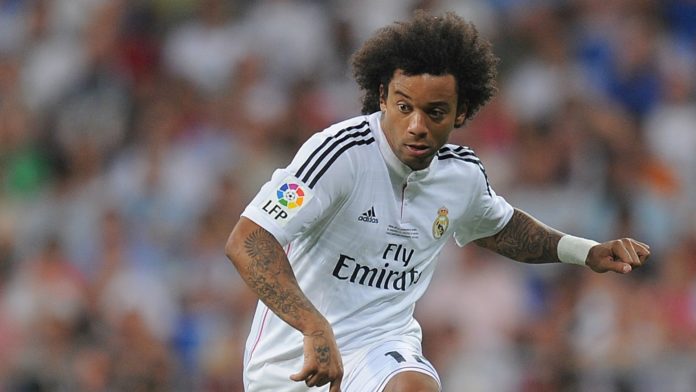 I love doing these kinds of articles on Football players. How they make their money is laid out in a nice line for me to follow. Marcelo Vieira Jr is one of the best defenders in the game. He currently plays for Real Madrid, one of the best teams in the world, and as a result he pulls in a lot of cash. Defenders tend to get paid a little less than other positions on the team, Strikers make the most, but I feel like it balances itself out over time. Strikers burn out fast, and unless they retrain for midfield, tend to be replaced fairly often. Defenders on the other hand can keep playing at peak form for most of their career, and judging by Marcelo’s recent performance, he seems likely to be at Real for another decade. So, soccer players make their money in two key areas. They have their weekly wages, plus bonuses, and they have endorsement deals. Both tend to be in the multi million dollar range, and Marcelo is no exception.

So let’s take a look at his finances, see how much he’s worth, and how he made the money.

How Did Marcelo Vieira Jr Make His Money & Wealth?

Marcelo’s full name is Marcelo Vieira da Silva Júnior. He was born in Rio de Janeiro, Brazil. He played Futsal from a young age, a sport I know only because I wrote one of these articles on Ronaldinho, which I correctly spelled first time. He has been compared to Roberto Carlos, which pretty much anyone could tell you. He played briefly for the Brazilian side Fluminense, before making the biggest jump in the history of soccer, by going immediately to Real Madrid.

Soccer players have two core wealth struts with which they build their money. The first is their weekly wage. I love the fact that players still have a weekly wage, as though they are still working class stiffs, rather than multi millionaire sports stars. Still, Marcelo makes around $100,000 per week at Real, with his contract running out in 2020. That gives us a $5.2 million per year on average. These last few years will earn him another $15 million, not including whatever bonuses he is entitled to. For defenders it tends to be restricted to match bonuses, but that is still a few grand extra on the weekly pay packet, nothing to be sneezed at.

The other strut is endorsement deals. Marcelo is signed to Adidas for the majority of his equipment. The specifics on how much the deal is worth are not known to the public, but in the past players have received upwards of $15 million for five year contracts with the sports wear giant. Again, the defender adjustment has to come into it, defenders just aren’t as lucrative, nor as valuable from a marketing standpoint as Strikers, but I still expect it to be a huge sum of money.

Finally we have the social media presence. Ad revenue generated by Instagram accounts, and other outlets, are not insubstantial. Marcelo currently has 16 million followers, and that is a huge fan base to be leveraged. I have no doubt that he is doing so, or someone on his marketing team is doing so. All that adds up, so expect Marcelo to clock out of his career, in a decade or so, an extremely wealthy man, rather than simply a very wealthy one.

Marcelo has been dating the same woman since he was fifteen years old, Clarisse Alves. The two wed in 2008, after having been together for near on twenty years. Alves is an actor, having appeared in a few short films and two features in Brazil and Europe.

Does Marcelo Vieira Jr have any children?

Marcelo has one child with his wife Clarice. The child was born on September 24th, which is my birthday too btw, 2009. The child, a boy named Enzo, is said to take after his father. The couple had a second child, another boy, Liam, on September 1st 2011.

Where is Marcelo Vieira Jr from?

Marcelo was born and raised in Rio de Janeiro, Brazil. He grew up in poverty, and used sport as an outlet. He cut his teeth playing Futsal, a variant of indoor football, before moving to the bigger game. 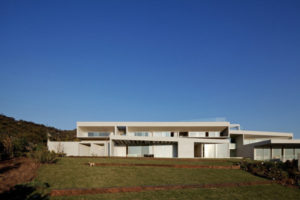 Marcelo pwns numerous properties in both Spain and his native Brazil. unfortunately I could only find pictures of his Brazil home, and that cannot be the one he spends most of his time in seen as he plays for a Spanish side for 7 months out of the year. Still, it’s a lovely looking house.

How much was Marcelo Vieira Jr’s transfer Fee?

Marcelo was sold to real Madrid in 2006 for $8.7 million. A substantial amount to the Brazilian team, a few million short of their $11 million transfer record.

How much does Marcelo Vieira Jr make in a week?

On average Marcelo pull sin $100,000 per week at Real Madrid. This figure does not include playing bonuses or endorsement money, which likely pushes it up to a peak or $180,000.

Marcelo scored an own goal in his opening match against Croatia. 11 minutes in he deflected a strike into his own net. It would be Croatia’s only goal against Brazil.

Why is Marcelo Vieira Jr compared to Roberto Carlos?

There are a few similarities with the players, though less so when it comes to on pitch performance. They are both Brazilian left backs who played for the national team and Real Madrid. Indeed, they both played at Real at the same time for a season before Roberto Transferred to  Turkish team. They both show tremendous versatility on the pitch, able to defend with the best of them, but instinctively know when to press their advantage, and cross the pitch to score. Honestly, Marcelo is the better player, on a technical level, time will tell if he can match Roberto Carlos in terms of longevity.