A. Stein Meat Products Update – What Happened After The Profit

A. Stein Meat Products Before The Profit

A. Stein Meat Products is a wholesale prime beef seller based in Brooklyn New York.Their overhead is high and their margin is small. They were quickly running out of money, called Marcus Lemonis to help. They shipped high-end meat around the country, as well as selling it to grocery stores and restaurants in NY. Owners, Howard Mora and Alex Buxbaum, inherited the business from family. The two partners were able to grow the business from $4 million per year to $50 million per year.

The issue was that the meat industry is fairly competitive and in order to make sales they have to lower their margins to pennies on the pound. Last year they lost over $400,000. The company employees 47 workers who would all be out of a job if A. Stein Meat Products went out of business. Marcus was determined to try and turn a profit.

A. Stein Meat Products on The Profit 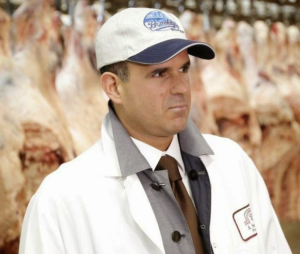 Marcus arrived at the A. Stein Meat Products facility at 3:15 AM to meet the owners. He introduced himself to Tony, the foreman, who explains the all the meat that was being processed would be going to restaurants, butcher shops, and delis. Tony shows Marcus around the floor where butchers were carving sections off of hanging meat. Alan came out and shook Marcus’s hand. Alan explained that he shares the business on a 50-50 basis with his partner Howard. Howard told him that their overhead for just the rent and cooling the building cost over $62,000 per month. Even though the business was on track to make $50 million in revenue, they were still facing losing about $400,000.

Howard explained that there was between $800,000 and $900,000 in inventory at any given time. Every day, $150,000-$200,000 leaves the building. Alan told Marcus that they had about $3.5 million in debt to the bank. Next, Marcus met the general manager Frank in the fabricating room. Frank was yelling instructions to the workers in the room. Marcus asked how Frank measured the efficiency of his employees. Frank told him that he never analyzed it, or even thought about it. When Marcus wondered how many pounds of meat he generated a day, Frank looked like this idea had never crossed his mind. Marcus looked disturbed.

Marcus asked what they were doing to generate revenue. Alan answered that they developed Brooklyn Burger from prime cuts. It was a product that they sold to sports stadiums. They were the official burger of the New York Mets and the Yankees. Alan explained that it was a corporate sponsorship with the teams. He told Marcus that it cost about $400,000 a year to market the product.

Marcus saw Brooklyn Burger as the golden goose that could get into grocery stores around the country and be a real profit maker. Marcus watched in disgust as Howard took some of the raw meat coming out of the grinder, and tasted it. He knew that A. Stein Meat Products had a good product, but he thought the numbers were wrong. So Marcus went up to the accounting department to watch that process.

He was introduced to the office manager, Donna, who told him that she did not deal with accounting. Alan and Howard attempt to handle the numbers. Donna told Marcus that one of the reasons she reached out to The Profit was that they had over $4 million in uncollected receivables. Some of that amount was over two years old. When Marcus approached the owners about, all they said was that they knew that some of the debts were old. When Marcus asked that they had to say, and said that’s one of the larger ones having family issues that need to be addressed before the business could pay them back. Marcus discovered that the older debts were from companies that they still sold to, which made him think that Howard and Alan either the nicest people in the world or the most irresponsible.

Marcus asked the owners how much they owed their vendors. Howard explained that they owed about $2 million, but $500,000 was past due. Marcus went back to talk to Donna, who said that she didn’t know how much longer the business would be open. She was worried about some of her employees were living paycheck to paycheck. Marcus looked concerned as well.

Marcus met Howard and Alan for dinner at a steakhouse that serves a Stein meat products. He said that the quality of his steak said a lot about the quality of their business. Marcus told them that the process was broken, even though their people and their product for good. He let them know that if they don’t collect the receivables, their business was very vulnerable since their margin was so thin. Howard told Marcus that sometimes he didn’t sleep because he was worried about the firm. Alan asked Marcus for $5 million in exchange for a third of the firm.

Marcus informed them that he wasn’t going to do a deal for less than 50% since there is so much liability. Marcus countered with $1 million of working capital for the business.Marcus wanted 50% of the firm. He reminded them that if they didn’t get funded, A. Stein Meat Products would own one hundred percent of nothing. Alan and Howard look hesitant. They went out in the hall to talk. Alan tries to counter for $4 million, but Marcus said that he wouldn’t go in for more than $1 million. The liability was just too high. Alan and Howard ended up taking the deal.

The next day, Marcus met with all of the employees of a Stein meat products. Marcus announced that he made a deal with Howard and Alan $1 million, but they forgot to collect the check. He let them know that this was a recurring pattern that affected the employees. Marcus provided them with the task and shook their hands. Marcus announced that he would be looking at the account receivable process. He wanted a Stein meat products to be paid and paid on time. He let the boys know that they need to make more money, and he is going to change the marketing strategy and concentrate on the Brooklyn Burger.

Marcus watched as everyone in the accounting department started making collection calls on the old receivable debt. He saw the employees getting hung up on, or being told that they would have the billing department called them back. Marcus said that it was important to collect some money, so he allowed the employees to take partial payments. He noticed that Frank, the general manager, was not participating but was hanging out in the back office. Marcus let him know that he should be getting on the phone to collect money.

Donna overheard Frank ordering items over the phone that he didn’t approve through her first. The items need to be approved so that they knew if they had enough money to pay for them. So I confronted him, but Frank told her that he does that all the time. Marcus appeared and told Frank that he need to know the correct process to be a competent general manager. In an aside to the camera, Marcus said that Frank was showing signs of being an ineffective general manager, and demoted Frank to floor manager.

Marcus brought Jamie into the mix. Jamie was the profile manager who would be auditing the company to make sure that the numbers were correct. Jamie pulled Marcus aside. She told Marcus that the figures were off about $4 million from what the owners told him initially. They had additional liabilities. And she wasn’t sure how they were making payroll each week. She said that they were almost bankrupt. It turns out that their liabilities were six times what Marcus thought he was signing up for it.

Marcus confronted Howard and Alan, who said that they didn’t know how bad it was. Marcus stated that the business was about two weeks away from closing. He told the owners that he lost confidence in A.Stein Meats, and said that it wasn’t looking like a good investment for him. Marcus went off by himself to do some thinking, and then came back to speak to the owners. Marcus decided that he would still help them. Alan asked him for $200,000 to cover payroll and give them working capital. Marcus said that he wanted to buy Brooklyn burger from the to make up for the investment. 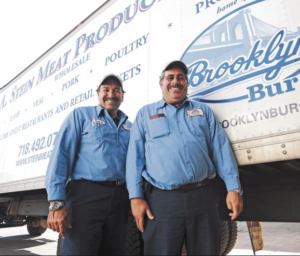 It turns out that Marcus should’ve listened to his instincts. His investment in A. Stein Meat Products transformed into a legal battle over a breach of contract. Howard and Alan never handed over the Brooklyn burger brand in exchange for the $200,000 investment. As of May 2014, A. Stein Meat Products hadn’t made any payments. Unfortunately, the lawsuit failed as the company had defaulted on the loan that secured the trademark to Brooklyn Burger. Also, A. Stein Meat Products was sued for $3 million by Donna, the ex-office manager. Donna resigned from her position after being called a traitor and a backstabber by the owners after she disclosed that the company was not giving accurate information to Marcus. While I hope she wins, I find it unlikely that A. Stein Meat Products will have the capital to pay her what she’s due.