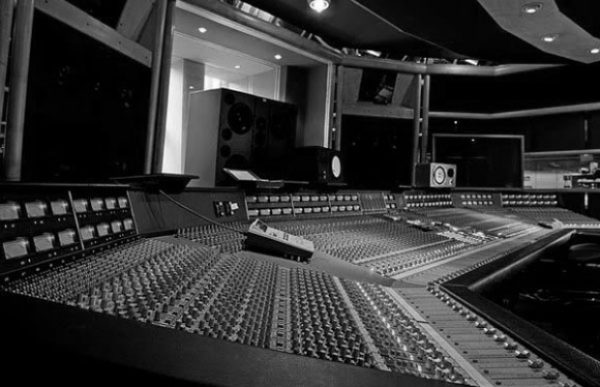 Unlike many other genres in the music industry, Hip Hop pays a lot of respects to their producers, who are often icons not only for their beats and edits, but for their personalities. Often featured in albums and shout outs before the song, many people of talent choose to not be behind the mic, but instead to settle in the studio chair to make raw talent into true art. Here, we take a look at the top ten Hip Hop producers. 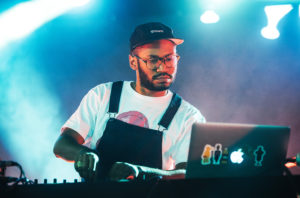 Starting off our list of the top ten hip hop producers is the Dr. Dre protégé and a relatively new face in terms of both production and performance. Anderson .Paak, while having kept mostly to the hip hop outskirts, has recently seen a great deal of fame due to his talent both behind the mic and in the studio, helping along other acts such as Watsky in finding their sound. 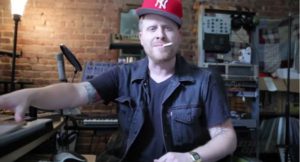 The producing half of Run The Jewels (who has Killer Mike as the frontman) makes it to the number 9 spot of the Best Hip Hop Producers list. Also working at Company Flow in his early days, El-P is primarily known for creating beats that while holding their own and often setting a distinct tone, don’t detract from the rappers lyrical quality or the ability to hear lyrics, a great talent as many of the songs he produces carries a political or ideological message. 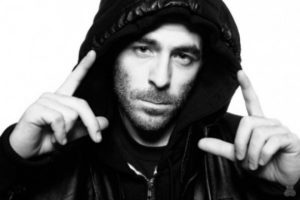 Despite carrying a signature New York style of production, The Alchemist, as it may surprise some, is in fact a west coast prodigy. Working with Nas and Prodigy in more of his classic ventures, and Schoolboy Q in the recent years, The Alchemist has been a mainstay of hip hop production for most of recent hip hop history. Many have noted that The Alchemist incorporates many darker and horror based beats, which may have helped found the subgenre of horror core rap, but this is mostly speculation. 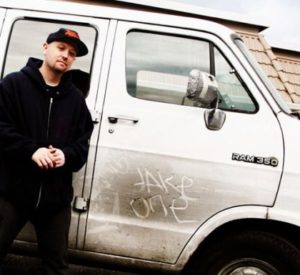 Better known for helping produce the more underground rapppers such as the Rhymesayers Entertainment group, JakeOne is a producer with a ton of creativity and a taste for local and genuine, JakeOne has often had the joke of making beats in his van as a trope for album covers and interviews when working with acts like Brother Ali and Atmosphere. Despite nearly 2 decades of work, it seems that JakeOne still has plenty of work ahead of him and may climb this list over time. In recent years, he’s also had the chance to pal around with Drake, Snoop Dogg, Wiz Khalifa and others on unique projects. 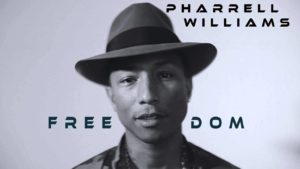 Now known for his hit song “Happy”, Pharrel Williams and his earlier partner Chad Hugo were in fact incredibly successful producers. Some readers may remember a time when “Drop It Like It’s Hot” was everywhere (a Neptunes production with Snoop Dogg) or when at least half a dozen of the top tens on the R&B and Hip Hop charts were produced by these too. While now going more towards on the stage performance, Pharrell has not forgotten his roots and contines to explore and produce amazing beats for tracks both for himself and many others. 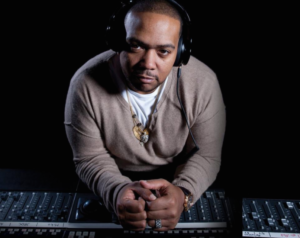 Probably best known for his work with Justin Timberlake, Timbaland is a king of the club singles. With his experiments of sounds including things as varied as Arabic flutes and babies, he has turned what can be exotic or mundane into something to get down to. As a producer, he has passed through just the Hip Hop veil and into pop on quite a few occasions, though he has worked with classic hip hop artists like Missy Elliot in the past. Given his great deal of popularity, it’s safe to assume that Timbaland is far from retirement. 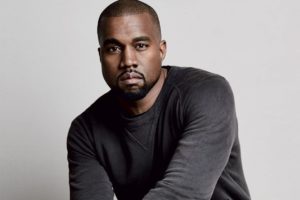 Before the reality star status, the clothes, and the tracks of him calling himself a God, Kanye West was a producer and rapper with some real, honest talent. Often someone that people love to hate to love, the person and the performer often have to be separated to truly appreciate his genius. One of the first hip hop producers to prominently (though not the first period) feature blues and soul that’s been chopped and screwed as well as high levels of auto-tune, Kanye was able to dole out hit after hit on his own albums as well as contribute to many other rising stars, making a name for himself and a positon in the history of Hip Hop that’s hard to deny. 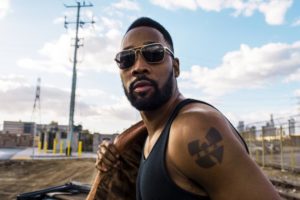 Eccentric, Genius, Innovator, and oddly enough Vegan are all words that could describe the man and producer of many names including Prince Rakeem and the Abbot. Having a life that is often compared to his beats; A mishmash of multiple philosophies, perspectives and values has greatly aided in turning one of the heads of the Wu Tang Clan into the chess playing, life contemplating multi-faceted artist. While being in the industry for over 25 years, RZA still has plenty to do and we look forward to his newest offerings. 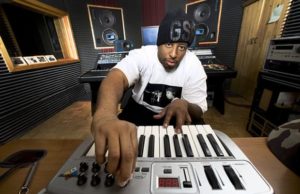 Coming up as runner up to the greatest hip hop producer is DJ Premier, a true innovator for the Hip Hop industry. Perhaps best known for his work with NaS, Premier was one of the first to really revolutionize beat sampling, and despite the fact he could have rested on his laurels as a 90’s legend, never really gave up his efforts to always take the best beats to the people. Originally focusing around 70’s funk samples, he was able to rework that funk into his own signature sound to cause anything he touched to turn both classic and new from the first few seconds of listening. 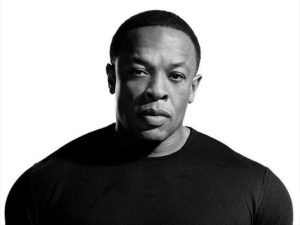 Taking the title of best hip hop producer is the incomparable Dr. Dre. While his early days would seem odd to most of us, and his rapping can at times seem a bit uninspired, the two things that cannot be denied is that he could find talent and produce behind it like nobody else. Brining the world such acts as 50 Cent, Eminem, Skylar Grey and many others, Dre would have his proteges backs with some of the most banging beats to take over the world. Heavy with horns and drums, and with a unique west coast gangster sound that took over the world and the genre for years, Dre could be credited with over a decade of genre standards.